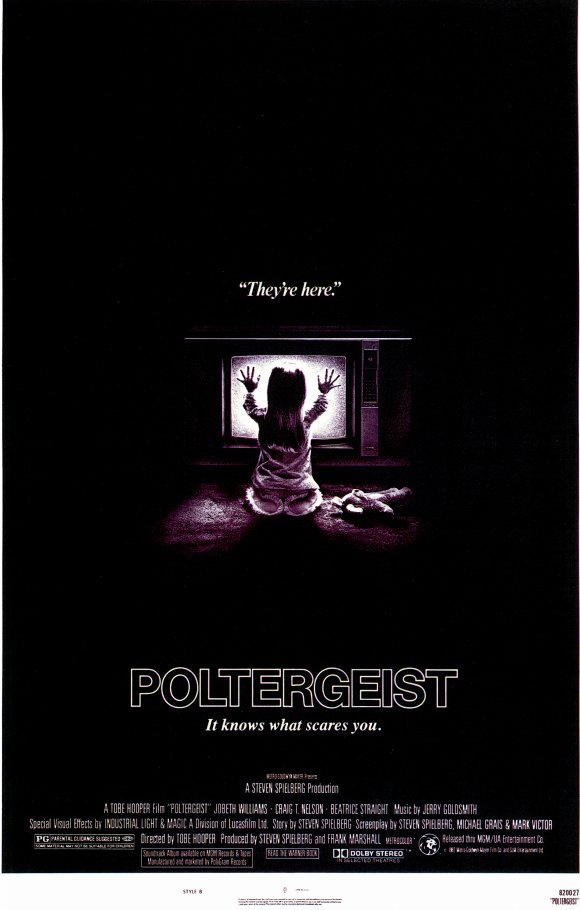 This week back in 1982 Tobe Hooper and co-written and produced by Steven Spielberg unleashed Poltergeist in theaters across the world. Poltergeist was a box office success worldwide. The film grossed $76,606,280 in the United States, making it the highest-grossing horror film of 1982 and 8th overall for the year.The success spawned two sequels and stamps it’s place in horror movie history.