This week in horror movie history back in 1985 Lifeforce was released in theaters all over the USA. The film was directed by Tobe Hooper (Texas Chainsaw Massacre) and written by Dan O’Bannon (Return Of The Living Dead) and Don Jakoby (Arachnophobia). The film is based on Colin Wilson’s 1976 novel The Space Vampires. The plot was based on a race of space vampires arrive in London and infect the populace. Although not a major success at the box office it earned $11,603,545 at the US box office. Over the years it has developed a cult following. 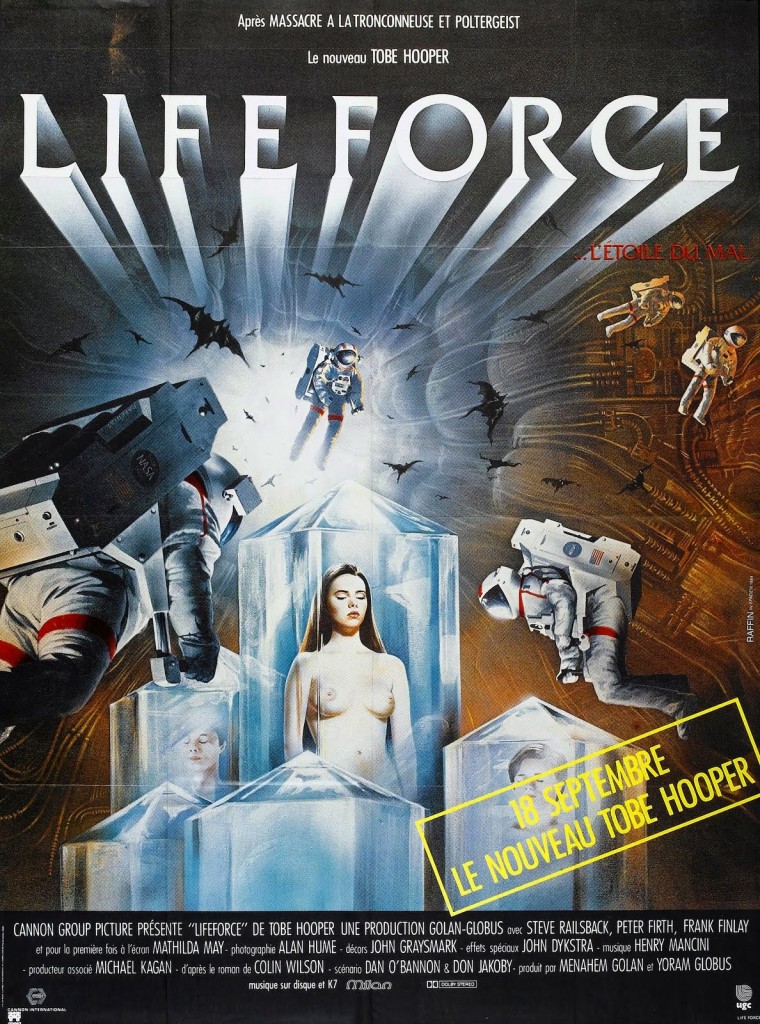