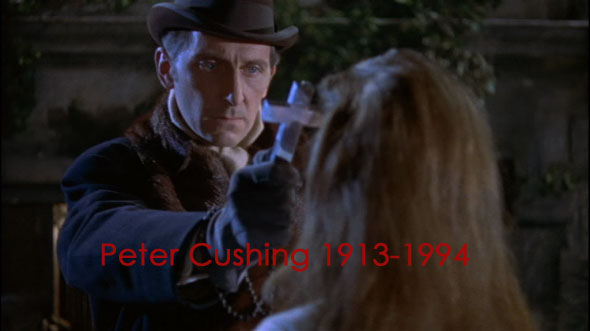 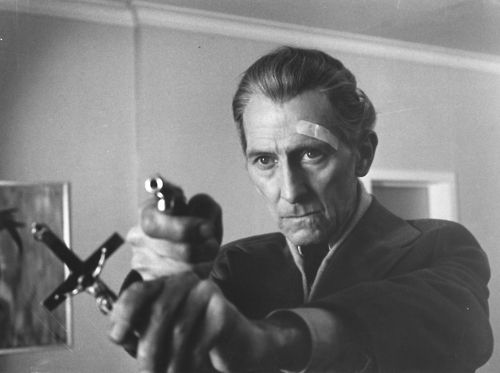 Peter Cushing was a legendary English actor best known for his work in the horror film genre. He is most distinctively known for his work in the Hammer Films. Cushing’s appeared in such Hammer Films classics such as The Curse of Frankenstein (1957) and Dracula (1958). Who could forget this brilliant performance as sinister scientist Baron Frankenstein and the vampire hunter Dr. Van Helsing. He is one of the cornerstones built the legacy of Hammer Film Productions. For over 2 decades in the 1950’s – 1970’s he starred in an extensive list of horror films. In 1977 he started in Star Wars Episode IV: A New Hope as Grand Moff Tarkin.

Although known for more than his horror film career Peter is forever a stamp in the heart of horror fans worldwide.  Cushing sadly passed away in 1994 at the age of 81 due to Prostate Cancer.  Today would have been his 100th birthday.  Cryptic Rock would like to wish a happy birthday to Peter Cushing. You have left your mark in the history of horror films. RIP 1913-1994.