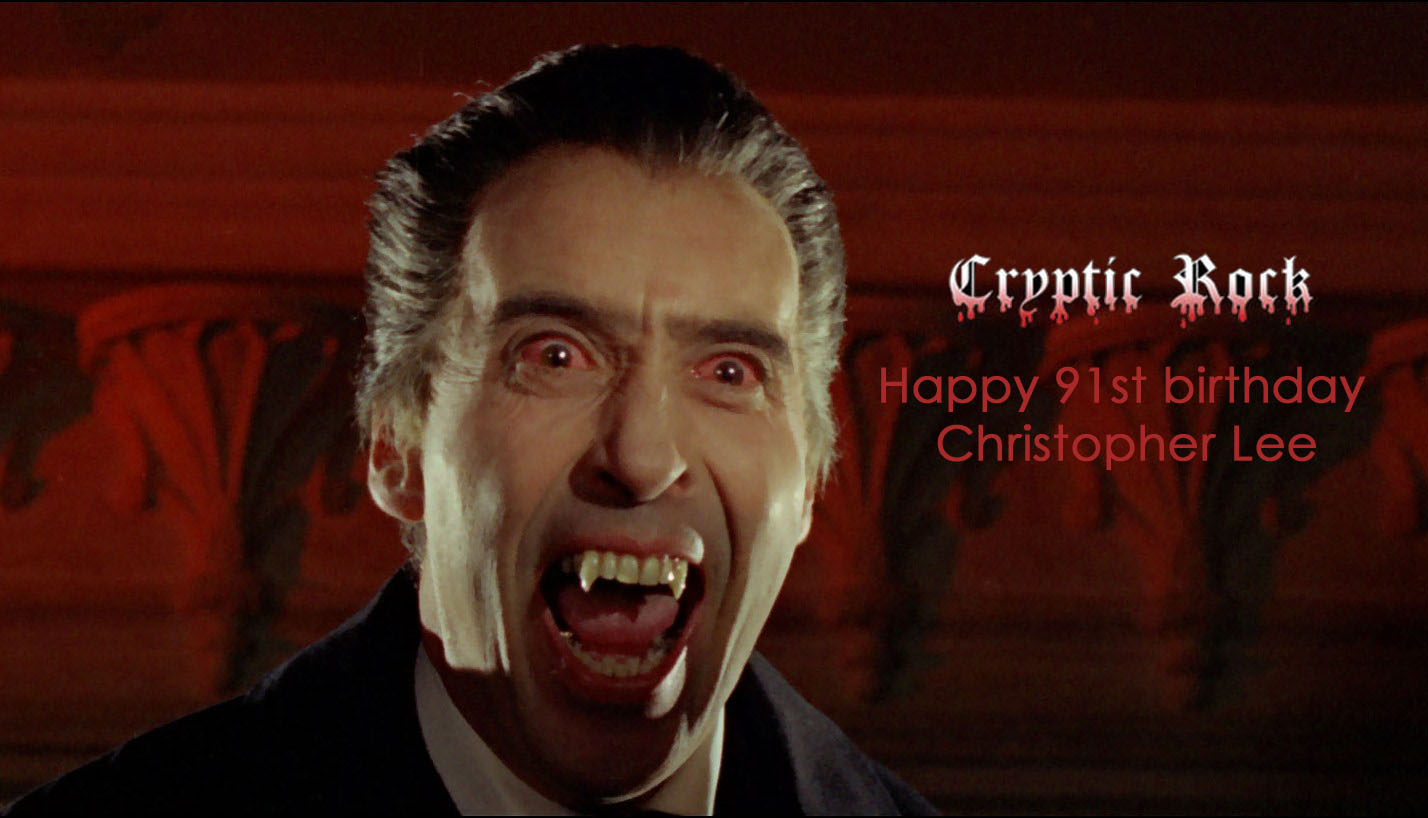 Today British born actor Christopher Lee celebrates his 91st birthday. Known for his distinct powerful voice Lee has starred in many a classic horror movie. Starring in his first Hammer horror film in 1957, The Curse Of Frankenstein (1957), in which he played Frankenstein’s monster. In 1958 Lee co-starred with legendary actor Boris Karloff in the movie Corridors of Blood. Also in 1958 Lee starred in one of his most famous roles having the honor of playing Dracula in Hammer edition of the story. He went on to reprise his role as Dracula in 4 additional films in Dracula: Princess of Darkness (1965), Dracula Has Risen From the Grave (1968), Taste the Blood of Dracula (1969), and Scars of Dracula (1970). Lee went on to star in many other horror related films in the 1970’s including the classic Wicker Man (1973). Through the 1980’s and 1990’s Lee continued to be actively star in numerous films. Fast forward to the 2000’s Lee was cast as the evil wizard Saruman in the Lord Of The Rings film trilogy.
Complementing his acting talents and knack for starring in some excellent horror films Lee discovered the world of heavy metal at a late age. He first came in touch with metal music by singing a duet with Fabio Lione, the lead singer of the Italian symphonic power metal band Rhapsody of Fire. The two sang together on the single “The Magic of the Wizard’s Dream which appeared on the Symphony of Enchanted Lands II album. Lee went onto appear as the narrator portraying the Wizard King on 4 more of the band’s albums as well as an EP. He also has worked with American power metal band Manowar when they recorded a new version of their debut album Battle Hymns. Having been fully exposed to the heavy metal music world Lee decided to make a metal album of his own. In 2010 he released his first metal album Charlemagne: By the Sword and the Cross. The album received high praise and won the “Spirit of Metal” award at the 2010 Metal Hammer Golden Gods ceremony. At the age of 90 Lee announced he was working on a 2nd metal album! On June 4th 2013 just a week after Lee celebrates his 91st birthday he will release Charlemagne: The Omens of Death.
Christopher Lee is a treasure to horror and metal fans worldwide. Proving your only as old as you feel and you can still be actively making films and music into your 90’s. Cryptic Rock would like to wish him a very happy birthday and many more! 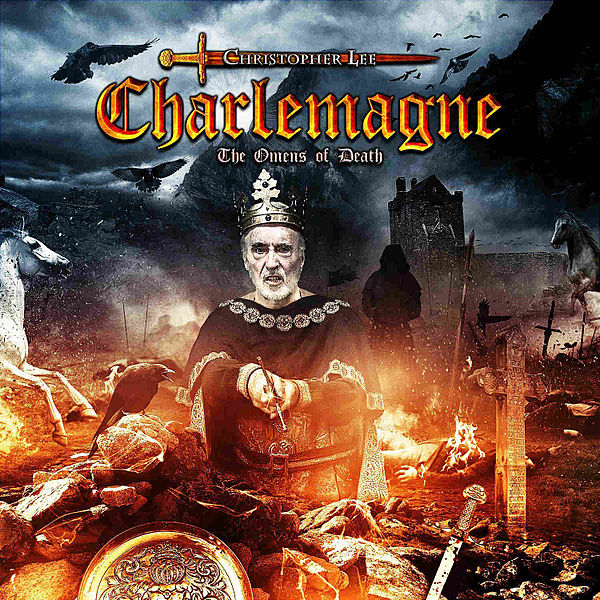