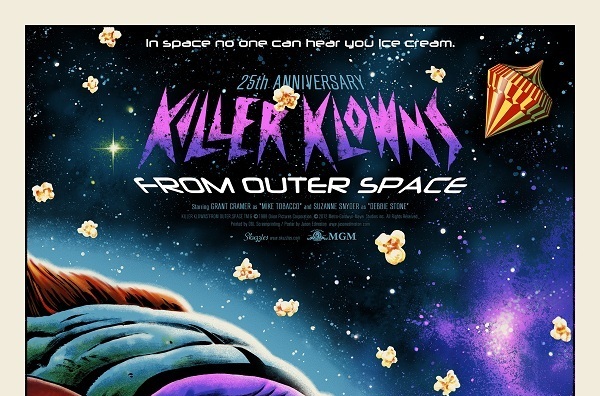 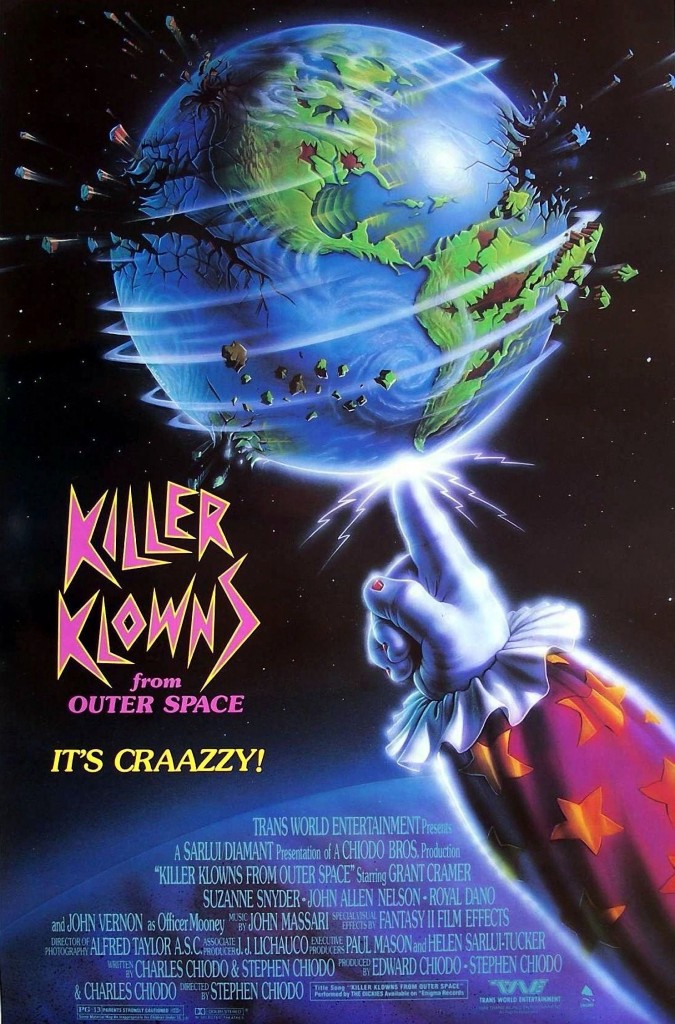 This week back in 1988 The Chiodo Brothers released Killer Klowns From Outer Space in movie theaters everywhere. The films plot was a race of evil clown aliens that arrive on Earth to capture and harvest people to use as sustenance. The movie is everything a horror fan could ask for. The title alone is enough of a reason to be drawn to watch the movie. One can only appreciate the creativity that went into this horror comedy with the circus tent spaceship to the popcorn-shooting guns and acid-drenched pies in order to feast on human blood. The Killer Klown victims are held captive in cotton-candy woven cocoons. Do you need anymore reason to love this film? The film is dark, silly, and most of all fun. It exemplifies everything to love about 80’s horror cinema. Back in a time where horror comedy was still fun to watch and the jokes were clever and fresh. Not like horror comedies of today which just poke fun of other horror films and force feed you mindless humor. The film was received relatively well at the box office making approximately $43 million dollars worldwide.

25 years later Killer Klowns From Outer Space has become a cult classic. All die-hard horror fans know of and appreciate the film. There even has been a series of action figures produced over the years in tribute to the film. A popular metalcore even named them Chiodos in tribute to the films directors. Clips of the movie have been sampled by horror hip hop titans Insane Clown Posse and by horror influenced metal band Wednesday 13. Rumors of a Killer Klowns From Outer Space sequel have been swirling around for sometime now and the cult fans would love nothing more. We shall see if these rumors ever come to be but until then fans can enjoy this original classic. CrypticRock would like to wish a warm happy 25th anniversary to Killer Klowns From Outerspace. 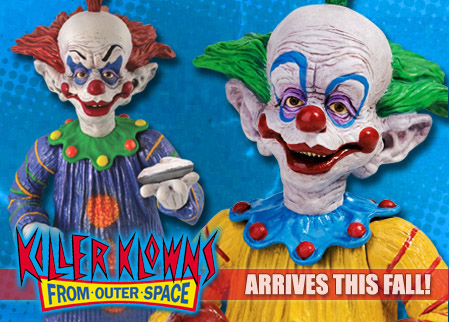 Line of Killer Klowns toys released back in 2006