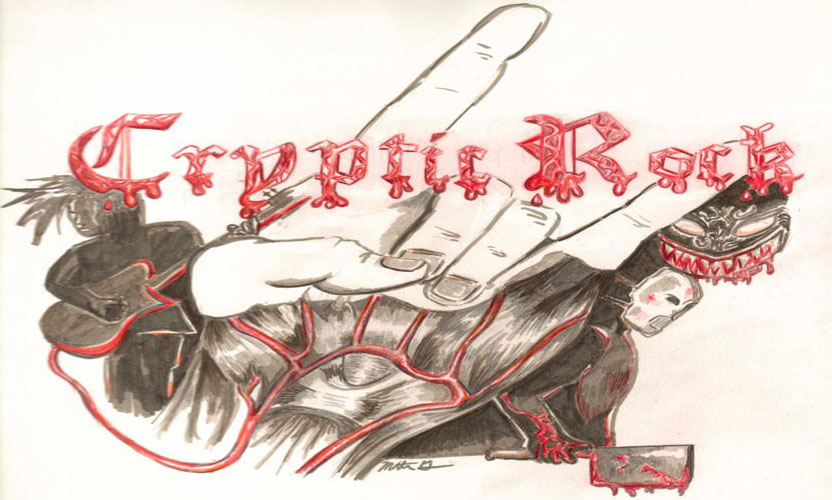 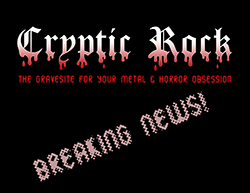 After becoming one of the top sellers on eBay in the US and UK, and a growing fanbase of 12,000 on Facebook, CrypticRock’s Founder, Frank Malerba is now launching www.crypticrock.com, a dedicated news and retail website specializing in all music and horror films.

Founder Frank Malerba is launching the website this week as an online outlet where fans can find all the music and horror film news and merchandise they want in one place. Although there are many sites dedicated to all kinds of rock music or just horror movies, there isn’t one that combines all elements until now. Enter www.CrypticRock.com which covers all forms of music and horror films in one place.

Two years ago, Frank launched www.CrypticRockShop.com on eBay and a CrypticRock Facebook News page, www.facebook.com/CrypticRock. The CrypticRock retail shop became a major success. The store sells a wide spectrum of rock band T-shirts, hard to find cd’s, vinyl records, horror movie t-shirts, hard to find horror film DVD’s , and 80’s pop culture related t-shirts, from  Iron Maiden to Dave Matthews Band. The store which has an inventory of nearly 1,000 items, has been a top rated seller store on eBay in the USA and on the UK eBay site. The CrypticRock Facebook page continues to grow with a fan-base of 12,000 as a source for all types of rock news and horror films. It covers everything from Depeche Mode and The Who to extreme black metal from Europe. The page provides up-to-date news, new album releases, upcoming tour information, horror film releases, links to band’s new music video releases, and extensive photo coverage of live concerts. Now, all those elements will be combined into a new hub at www.CrypticRock.com.

Providing its growing customer base with the best one-on-one customer service possible, CrypticRock ensures that fans of both music and films are happy with their purchases at the one stop shop. CrypticRock will now reach out to the local rock venues on Long Island and run promotional contests for ticket giveaways to expand the club’s audience reach. CrypticRock will also be working with local and national bands to help spread the word about their music through interviews, album reviews and promotional giveaways. With www.CrypticRock.com being launched this week, the website will have all the same appeal seen daily on the CrypticRock Facebook, plus a dedicated section for live concert photography, interviews and reviews, along with numerous merchandise items as on the CrypticRock shop. It’s all pretty exciting for Frank and his company.

Frank Malerba graduated Five Towns College in 2003 majoring in Music Business and Audio Engineering. Music has always been a major passion in his life along with a love for horror films. Over the past two decades, Frank has attended hundreds of concerts worldwide resulting in numerous and wonderful experiences. also actively attends horror film conventions absorbing all they have to offer.

Tarah Who? Premiere “Supposedly A Man” Music Video
Like the in-depth, diverse coverage of Cryptic Rock? Help us in support to keep the magazine going strong for years to come with a small donation.
Print page
1 Like