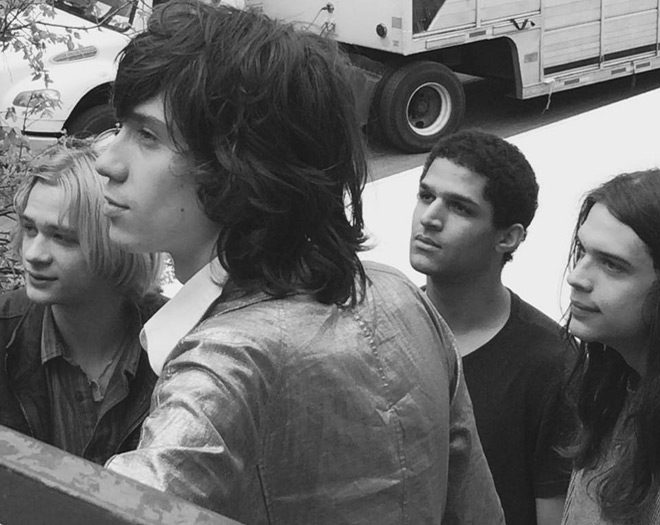 Standing on the shoulders of those that have gone before to see your way into the future is not a bad thing. Talk to The Cuckoos, the Texas-based Psychedelic Rock trip goes back and forward like a strange and satisfying rollercoaster of a ride. Their debut, self-titled EP arrives on Friday, April 14th via Jiggy Jig Records.

Neo-Psych Rock from the streets of Austin, Texas, The Cuckoos are Kenneth Frost on Lead Vocals and Keyboards; Dave North on Backing Vocals and Guitar; Eric Ross on Bass; and Cole Koenning on Drums. Snoop Dogg had stated, in regards to his 2015 album Bush, that bringing in the great Stevie Wonder connected his fans to the lavish history of Motown. Something that Snoop’s fans might not have experienced otherwise.

The same can be said for The Cuckoos, who blend classic sounds and make mention of some truly eclectic, well-known influences: from The Doors and The Velvet Underground to Green Day and The Pixies. That said, vintage cool may not be where The Cuckoos purposefully started, though it seems very likely that Songwriter Kenneth Frost has a solid background in nostalgia. The result is a trippy ride into the past, present, and future with The Cuckoos EP. After just one listen to the seven-song, self-titled album, it is impossible not to attempt to dream where this band will be in ten years.

“Get It On” is a Psychedelic blend of some of the very best of The Beatles and The Doors; an iconic fusion that bleeds nostalgic goodness into this forward-thinking tribute to Classic Rock. The song that follows, “Stuck Dreamin’ Of The Girl Next Door,” has that creepy-stalker vibe; that fine line that is so adeptly walked in films like Donnie Darko is also mastered beautifully in this song. It is a credit to Frost’s young age that, as a songwriter, he is already able to tackle with perfection some truly tricky material.

While “Mind Breakthrough” is not Jim Morrison’s attempt to get to the other side, it does hook back to his iconic vocal delivery; in fact, it becomes somewhat difficult not to believe in reincarnation after hearing this track. The song’s intricate, maniacal melodies are the perfect segue into the following track, with a more simple lyricism. Frost, a self-taught pianist-turned-keyboardist, absolutely shreds on “It’s Too Late,” with superb dexterity that feels both blurred and beautifully crisp to the ears. One of the best things about The Cuckoos EP is the hypnotic sequencing that creates an outstanding flow to the release.

“A Little Bit Funky” throws down the first real taste of North’s back-up vocals. One of the best songs on the release, it is neither straight-up Funk or Rock; but instead it pulls together the best of both worlds by mixing up tempo and instrumentation. The musical composition reflects an impressive maturity that one would expect to see on display in the band’s live performances.

The crazy “New Sunrise” brings in the heavier side of Bassist Ross and Drummer Koenning, setting a solid foundation for the track. Here, the guitar licks absolutely shred as the song finds its groove in the Joy Division vibe, which is never a bad place to be. EP closer, “You’re Gonna Work For Us Until The Day You Die,” is a tongue-in-cheek homage to the dark side of social media and its powerful influence over our daily lives. Here, the sonics do the heavy-lifting!

A superbly talented quartet of young men, The Cuckoos create a masterful sound that is equal parts steeped in yesteryear and all parts modern. A band who are definitely open to the past, The Cuckoos bring something truly unique and worthwhile to the future. So, please do open up your mind to the magical, mystery tour that is The Cuckoos! For the above reasons and many more, CrypticRock gives The Cuckoos’ The Cuckoos EP 5 of 5 stars. 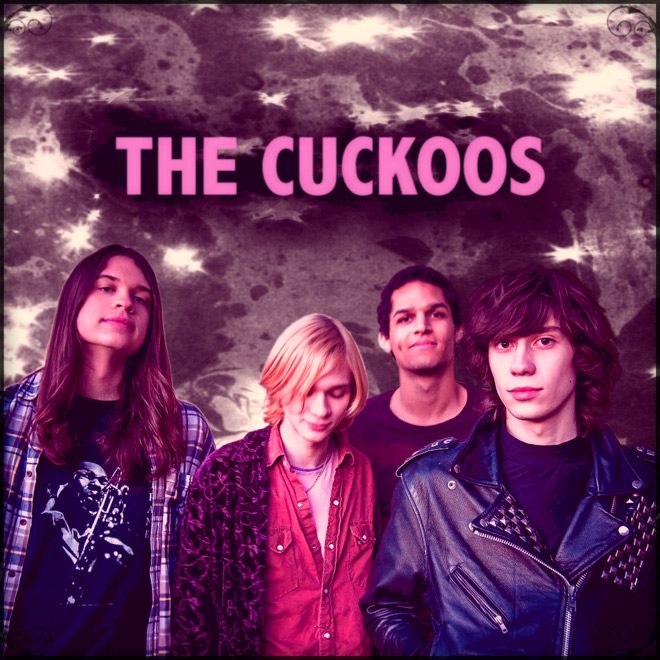