When the possessed, serial killer doll Chucky burst onto the scene back in 1988 in Child’s Play, he became an instant Horror icon. This was not just because of his razor-sharp sadistic wit, but also because of his uncanny similarity to the popular children’s toy, My Buddy, a doll roughly about the size of a four year old child and clad in overalls and shoes, that was released in 1985. 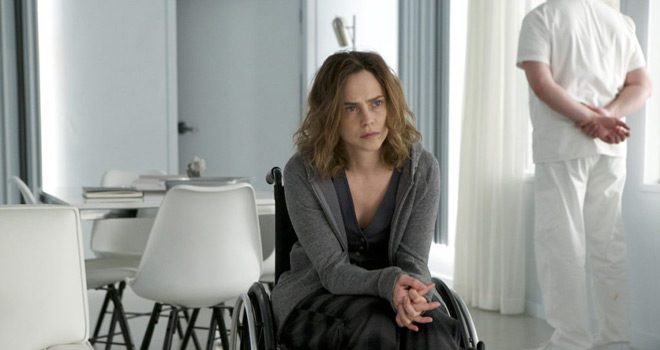 The film opens on a now adult Andy Barclay (Vincent), returning for a full-time role for the first time in the Child’s Play series since 1992. On a date in a nice restaurant, Andy tells his date his story, and not surprisingly, she cannot handle it and leaves. Back home in his secluded log cabin, Andy opens a safe revealing the severed, and very damaged head, of Chucky (Brad Dourif) mounted on a spike. Andy takes off Chucky’s gag, sparks up a joint and begins to have a conversation with Chucky.

Meanwhile, Nica Pierce (Fiona Dourif) has been in a psychiatric institute since the events of Curse of Chucky, and has just been moved to a medium security facility. Through therapy, she has been convinced that she is a schizophrenic and that she killed her family, not the nefarious doll. However, when a Good Guy doll is brought into the facility to aid in Nica’s therapy, people start to die, but this is merely child’s play for Chucky, who has an ultimate goal in mind. 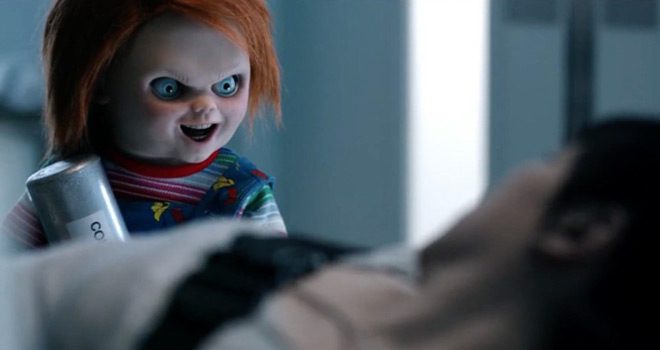 The most refreshing thing about Cult of Chucky was most definitely seeing Alex Vincent returning to reprise his role as Andy after being away from the franchise for so long. Although he is not in the film that much, he is still a huge part of the story which sets up the inevitable sequel. Why is this important to fans? Well, Alex Vincent is Andy Barclay, plain and simple, and he is back where he belongs.

Furthermore, Fiona Dourif proves again that just because she is the daughter of Chucky’s Brad Dourif, does not mean she gets the job through nepotism. The girl can act! Her character, Nica, has been through a lot: her entire family was murdered in Curse of Chucky, for which she was blamed, and her niece was moved into foster care. Every ounce of this past misery shows on her face and in her attitude.

Finally, Chucky himself, Brad Dourif, does not miss a step as the shit-talking, psychopathic doll. Through the website, voodoofordummies.com, which was hilariously tongue in cheek, he can now possess people with a quick spell rather than the long, drawn out speech that was foiled time and time again.

Additionally, a big staple of Horror films are the special FX, and they do not disappoint in Cult of Chucky. Aside from a tiny bit of digital blood, everything else is practical and awesome. The Chucky puppet itself has come a long way from being played by a little person dressed as Chucky in the early films, to now being fully animatronic. Even his facial expressions are more articulate. If any of that happened to be digital, then the artists should be commended for their seamless effects. 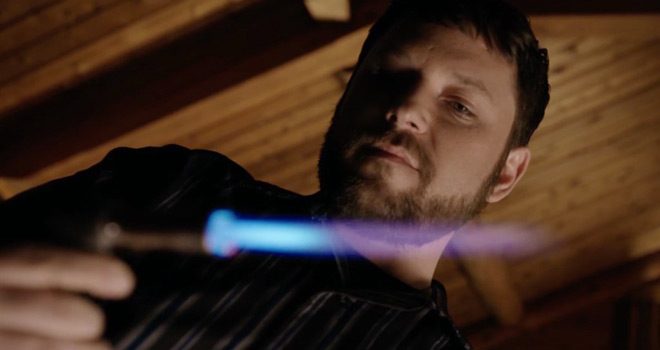 Overall, Cult of Chucky is a good film and is definitely another fresh step for the franchise, because now there are multiple Chucky’s in doll and human form. But serial killers tend to be egotistical and don’t like competition, which makes one wonder how this will all play out in the sequels to come. Until then, CrypticRock gives Cult of Chucky 3.5 out of 5 stars. 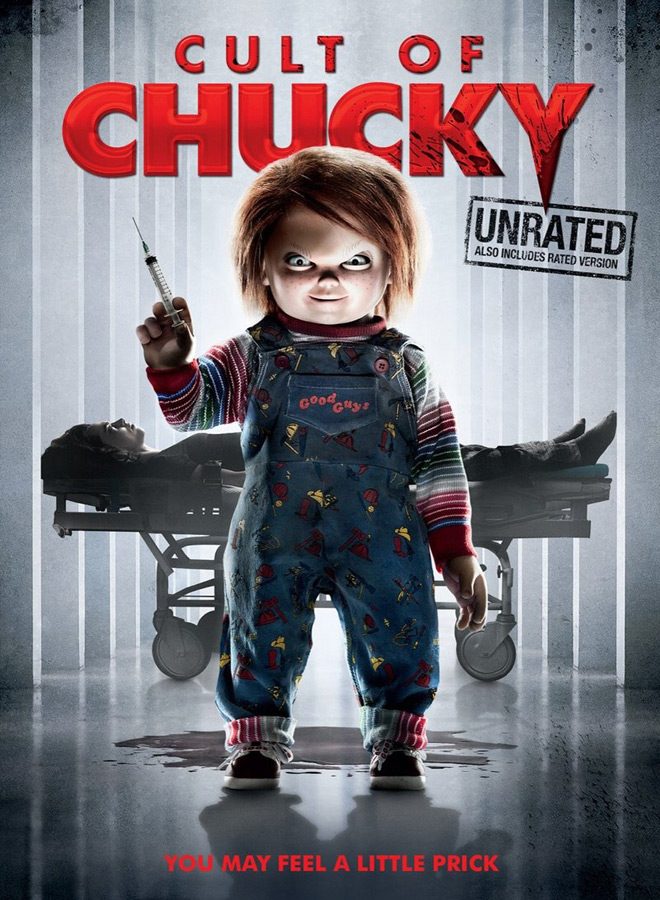