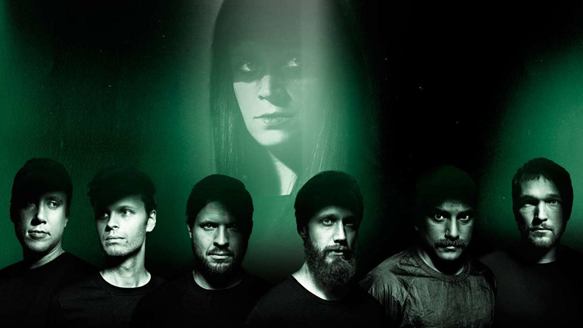 Metal is traditionally a genre of extremes. Music that evokes imagery of decapitations and demon worship is not often thought of as effective ambient music, but yet Mariner by Cult of Luna fits this description skillfully while maintaining the characteristic heavy sound.

Formed from the shards of a Swedish Hardcore Punk band called Eclipse back in 1998, Cult of Luna has built a unique sound since the self-titled debut album in 2001. Following up with seven more compelling records, the April 6th release of Mariner marks their eighth effort and second via Norwegian label Indie Recordings. Trying something new, for this album they have joined with Julie Christmas, a particularly talented female vocalist with projects such as Battle of Mice and Made out of Babies under her belt. The rest of Cult of Luna has remained the same with Johannes Persson and Fredrik Kihlberg both on guitar, joining Christmas on vocals. Kristian Karlsson also joins the singing party as well as playing keyboard. Then there is Andreas Johansson playing bass as drums and percussion fall to Thomas Hedlund. Finally, last but not least, is another drummer, Magnus Lindberg, who also takes care of studio-engineering for the band as well.

Cult of Luna attempts to tell a rather fascinating Science Fiction story with Mariner. To create a launching point for their tale, they have provided this intro: “At the end of Vertikal, we stood in the cold harshness of the mechanical city and looked up onto the stars. We lost ourselves in the awe of their grace and thought that maybe the answer is to be found above. The ship was leaking and by the look of it, our home was dying. No room for fear when a greater call demands your full attention. So, we left… Onward, forward. Like the old seafarers, we explored the vastness of space. Not bound by physical laws we pass the speed of light and chase the expansion of space until we reach its limit. And then, we continued on and disappeared. This is our story.”

The album opens up to a very mellow tune, entitled “A Greater Call,” to draw in the listener. It evokes a kind of Sci-Fi feel where the listener might imagine a spaceship drifting through space. The imagery suddenly takes a very epic feel as the ambient music is joined by colliding vocals. Rough male singing and a ghostly female chorus clash, constructing a captivating cacophony. The intrusion is not unwelcome, however, as it feels very natural to the song. If one zones out while listening to “A Greater Call,” they might forget that the song is not instrumental because of how well the vocals blend into the mix of instruments.

The tranquility of the first track begins to crack as the next song “Chevron” begins. Here, Christmas creeps into the song with a mischievous Harley Quinn-esque tone. The quickening drums and bass push this into a much more chaotic feel, shattering the calm the album began with. The heightened energy provides for the perfect contrast to the first song and serves to excite the listener. The vocals rise in jagged crushes and are eased back down by steady guitar rhythms leading into a gentler feel at the song’s close. After the intensity of the middle of the song, the end feels serene by comparison.

Mariner continues in this fashion, weaving hard and soft with a clear mastery of contrast. Each isolated stretch of clean vocals is like a chilling spacewalk and serves to sharpen the heavy moments of the album, creating a captivating balance for the listener felt on songs such as “The Wreck of S.S. Needle” and the extra lengthy “Approaching Transition.” This leads into the longest composition of Mariner, closer “Cygnus.” Raising the listener out of the lull from the previous track is a string of artfully off-key vocals sung softly to the listener. Soon her voice fades away and the crush of the music engulfs the listener. The heavy noise is pierced by sinister vocals by Julie Christmas creating a melody that brings the song to life. Displaying a clear mastery of songwriting, the song gets soft again before the intensity can start to feel like it is dragging on. In this pocket of serenity, ethereal vocals once again will grip the listener. The song goes on to finish with another heavy stretch which is all the more intensified by the break in the middle. Overall, “Cygnus” is definitely one of their strongest songs and a great choice to close out the album.

Each song is progressively longer as Mariner goes on, subtly breaking the initial contract with the listener, but this change is likely to be found a welcome one. The album is a great listen, whether one needs some background music for a Sci-Fi party, or just wants a damn good listen that does not require too much focus. CrypticRock gives Mariner 5 out of 5 stars. 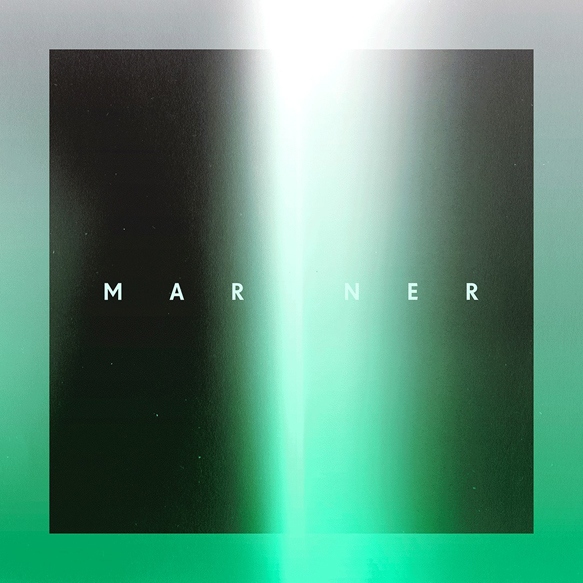