The album that spawned The Cure’s perhaps most-loved and most widely popular song is also the English band’s grandest and most ambitious work—Kiss Me, Kiss Me, Kiss Me. It was a double album made during the pre–digital recording age, when putting music onto records was not an easy feat, but rather laborious and time-consuming. Besides, the double-album concept is usually common only in Progressive Rock, but definitely a rarity in the genres Pop and Alternative Rock. Not only that; while many other bands boast of double albums but fall short of expectations because of obvious fillers, The Cure’s lucky seventh was unarguably an all-killers.

Originally released on May 25, 1987, through Fiction in the UK and Elektra in the US, Kiss Me, Kiss Me, Kiss Me contained one and a half dozen tracks—yes, your math is right—18 songs that stood out distinctively as individuals; and yet when taken collectively, they still remain cohesive as a set 30 years later.

Side A of Kiss Me, Kiss Me, Kiss Me opened with the six-minute, epic guitar rocker “The Kiss,” which foreshadowed Robert Smith’s stoner, grungy-guitar sensibilities that emerged in the future Cure albums such as 2000’s Bloodflowers and 2004’s self-titled. This was followed unexpectedly by the short and sweet, violin-drenched Flamenco-flavored Sophistipop ballad “Catch.” Immediately, Bandleader/Frontman Smith and the rest of the nest-haired bunch—Simon Gallup (bass), Porl Thompson (guitar, keyboards), Lol Tolhurst (keyboards), and Boris Williams (drums, percussion)—returned the listener to the album’s Stoner Guitar Rock aspect, in the form of “Torture.”

Then there was the eerie and cryptic Middle-Eastern-inspired “If Only Tonight We Could Sleep,” which might have sounded obscure to the casual fan but which the initiated could have surely attributed to Smith’s foray into a similar style in 1983, when he collaborated with Siouxsie & the Banshees’ bass player, Steven Severin, under the moniker The Glove, and came up with the project’s psychedelic-tinged, one-off album, Blue Sunshine (“Relax”).

The first track of the B side, “Why Can’t I Be You?,” was one of the album’s highlights—oozing with Pop sensibilities, complete with funky guitar grooves and big-band horn section, connecting the album to what eventually became The Cure’s trademark eccentric, upbeat, and frenetic alter ego, as best exemplified by songs like 1983’s “The Love Cats,” 1984’s “The Caterpillar,” as well as 1985’s “Close to Me” and “In Between Days.” Following next was the heavily textured and lavishly orchestrated “How Beautiful You Are,” whose lyrics were another display of Smith’s immersion in philosophical existentialism, as first observed in The Cure’s debut single, 1978’s “Killing an Arab.” Another indulgent guitar-layered track was also the album’s longest, “The Snakepit.” Capping off the album’s first half was the wah-wah-happy, twangy and bluesy ditty “Hey You!!!,” whose style was reminiscent of the ’80s Psychobilly of The Cramps (“Goo Goo Muck”) or even a smudge of the ’60s Doo-Wop of The Rivingtons (“Papa-oom-Mow-Mow”).

Side C’s track number one needed no further reintroduction—“Just like Heaven.” On second thoughts… after all, it was The Cure’s song that launched not only a thousand, but millions of fans around the world… the one that made them scream and spin on that dizzy edge, dance in the deepest oceans, and twist in the water. After the Arabic-inspired Grunge stomper “All I Want” ensued the Chic-influenced, Guitar-oriented Funk of “Hot Hot Hot!!!” In retrospect, the following gloomy and dark romanticism of “One More Time” was certainly a foundation of what became The Cure’s  album most beloved by its Gothic followers, 1989’s Disintegration. Lastly, the haunting rhythm and cinematic undertones of “Like Cockatoos” ended Kiss Me, Kiss Me, Kiss Me’s third part.

The final side of this chef-d’oeuvre was led by the driving and cacophonous “Icing Sugar,” whose Tribal drum beats and whirling Shoegaze guitar styling harked back to The Cure’s 1982 pornographic phase (“The Hanging Garden”). Then, suddenly, Smith childishly pushed back the listener to the dizzy edge only to catch him quickly with the playful and strangely romantic, yet wistful longing of “The Perfect Girl” and “A Thousand Hours.” After this pair of ballads, Smith and cohorts burst into the sonic angst and instrumental rage of the aptly titled “Shiver and Shake.”

Ultimately, The Cure kissed the album’s listener goodbye with the confrontational “Fight”—which was what became The Cure’s battle cry to this day when the forty-one-year-old band from Crawley, West Sussex, England, is still up and touring with setlists that consist of an average of thirty-five songs per show. So, what self-respecting Alternative Rock and Indie Pop music fan has not been smitten by the mesmerizing mystery and magic of the music of The Cure? 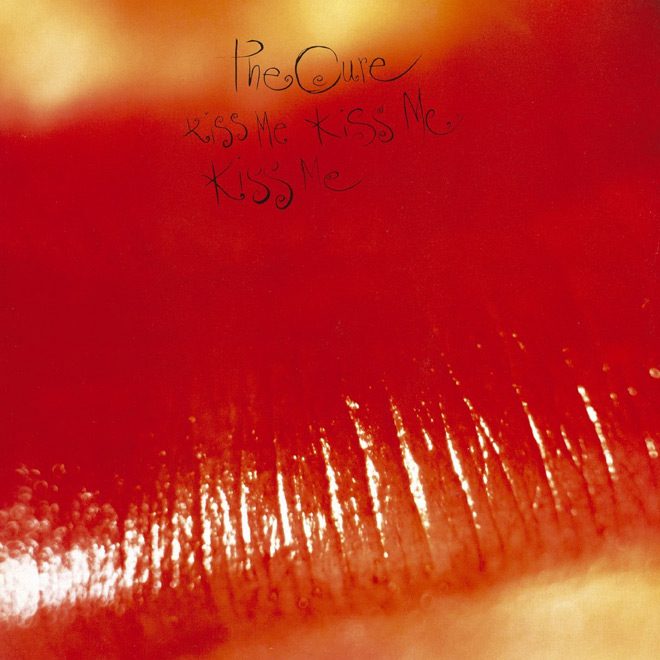