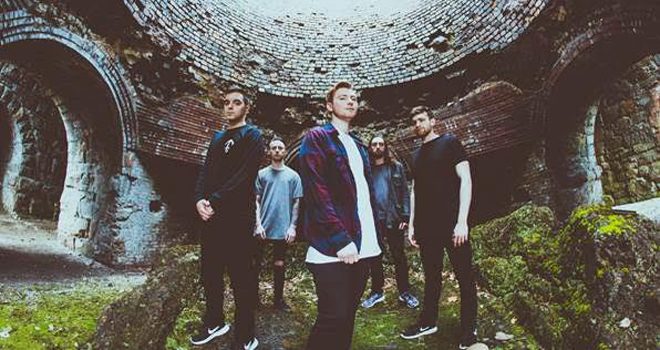 Hailing from Connecticut where they formed in 2011, Currents has spent the past few years cementing their line-up and discovering their own unique sound. After the release of their two previous EPs – 2013’s Victimized EP and 2015’s Life // Lost EP – Currents came into their own and recently signed with SharpTone Records. This places the East Coast quintet amongst the likes of Attila, Emmure, We Came As Romans, and While She Sleeps.

For fans of Miss May I, Volumes, all their aforementioned label-mates, and other bands steeped in all things Heavy Metal, Currents – Vocalist Brian Wille, Guitarists Chris Wiseman and Ryan Castaldi, Bassist Dee Cronkite, and Drummer Jeff Brown – recently released their debut, full-length album, The Place I Feel Safest, on June 16th. The (lucky) thirteen-song collection presents a package that is blistering Metalcore (with hints at Djent) at its finest with no breaks in the slaughtering momentum.

The very first line on The Place I Feel Safest is “You’ll never sleep again” (on “Apnea”), presenting the pulverizing attack of infectiousness that is Currents. The multi-layered sonics continue with the growling “Tremor” and the splintering “Night Terrors,” which is the album’s first single/video. “Delusion” is a macabre, evil, and Gothic vibe that repeats the lyric, “I am a ghost.” As with much of the album, “Withered” is sonically blistering, lyrically bittersweet melancholia steeped in anger. Which is to say that The Place I Feel Safest is not a happy-time celebration, folks!

“Dreamer” continues the stomp, leaning toward Djent with the warning that “Everything is a test.” “Forget Me” burns heavily with soaring melodies against racing guitars, while the album’s namesake, “The Place I Feel Safest,” presents evil growls, stomping rhythms, and infectiously bitter choruses. It is a beautiful representation of an album with fuming poetry growled over pulverizing bass and masterful guitar work. Somewhat ironically, “Silence” is anything but meek: a full-throttle, atmospheric attack on the senses that possesses some truly massive poison.

“You’ve mistaken my love for a weakness / I won’t let you just take advantage of my heart,” sings Wille on “Best Memory,” a spiteful ode that pummels on all levels. Along with “Another Life,” both tracks present bits and pieces of the story of an absent, useless father who is not going to be winning any awards this Father’s Day. These emotional confessions are followed with a display of aptitude for current affairs on “I’m Not Waiting,” a lyrical refusal to sit back and let the world die when we have the power to make a change within ourselves. It thrusts the band into their album closer, the immense high that is “Shattered,” a truly beautiful, hammer of emotion that contains some of the album’s most emotionally grim lyrics.

The Place I Feel Safest is a blistering Metal assault that lacks filler and is all killer! From start to finish, Currents never dial down their full-throttle approach, creating an album that is indeed faster pussycat, kill kill. In truth, this unstoppable attack is a bit of a double-edged sword, as it finds the album lacking in diversity; for some that will be a plus, while others might fault Currents for their balls-out approach. That said, if you live life heavy, you will want to completely embrace Currents. For their abundance of assaultive Metal that sits masterfully inside an emotional core, CrypticRock give Currents’ The Place I Feel Safest 4 of 5 stars. 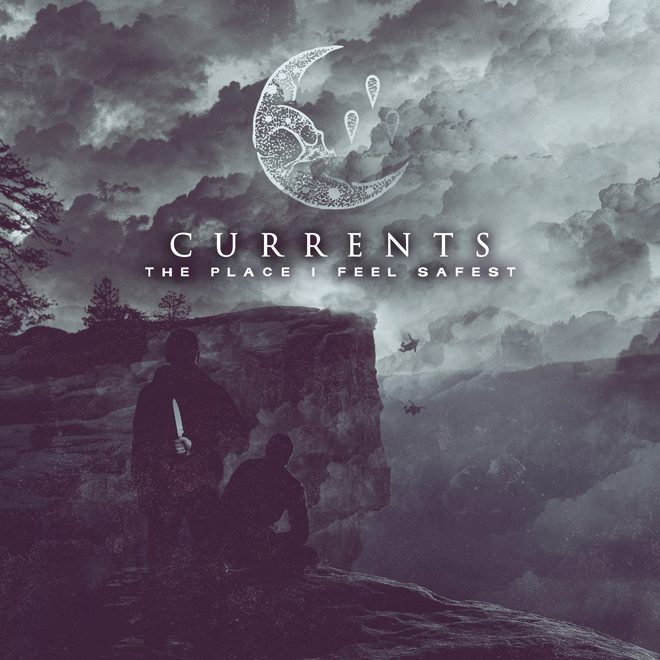 Currents are currently on the road with Miss May I, Upon A Burning Body, and Kublai Khan. See CurrentsOfficial.com for dates and further details.