Watch out! Word on the street is that there is a new Annabelle in town – this dolly is on a mission for v-e-n-g-e-a-n-c-e… This creepy new doll can be seen in Welsh Filmmaker Lawrence Fowler’s macabre debut feature film, Curse of the Witch’s Doll.

Just in the nick of time for a Valentine scream fest, High Octane Pictures is set to release Curse of the Witch’s Doll on VOD Tuesday, February 6, 2018 with the DVD release set for March 6th. Written and directed by Fowler, it is a whopping 95 minutes of mesmerizing cinematic hourglass sand passage of time and is nothing short of a hair raiser with plenty of surprises along the way! There is no need to reiterate the obvious – dolly’s glass-eyed crosshairs miss nothing and she is on a massive rampage to assert her witchy “I will not forget’’ cursed legacy. 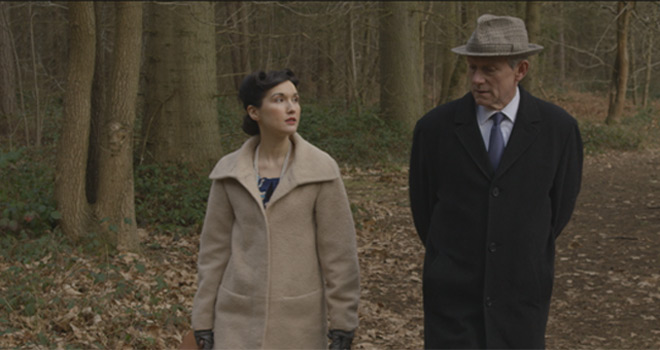 The cast of actors melded like a glove in hand with their respective character roles, giving realistic performances as they paraded across retinas with non-stop action and a unique 4-dimensional quality that worked to unravel the grip of reality and send viewers headlong into the world of Fowler’s creation. Helen Crevel (KillerSaurus 2015, Survival Instinct 2016) plays a fragile Adeline Gray, a single mother struggling with war zone PTSD and a distorted perception of reality. Then there is Philip Ridout (Dogged 2017, Precognition 2018) who plays Arthur Harper, a doctor who weaves his own version of the truth as it suits him and has a bit of a homicidal tendency. In her debut role, Layla Watts plays Chloe Gray, a vivacious little girl with a bit of a sassy, rebellious streak and a fondness for hide and seek.

Also worth mentioning, Neil Hobbs (Prey for Me, 2016, Soldiers of Embers 2018) plays Detective Nolan, a role of a man who has a no stone left unturned interrogative technique. Rounding out the strong performances, Claire Carreno (Kamikaze, 2016, Jurassic Predator 2018) plays the role of the vindictive witch who is definitely no one’s eye candy.

All this in place, Curse of the Witch’s Doll opens with a shocking scene set in the 1600s of a woman condemned as a witch. She just happens to use her supernatural powers to transfer her diabolical essence into a hideous looking doll that makes “Chucky” look like a model contender for GQ Magazine. The audience is then plunged into complete darkness which necessitates a firm grip on the armchair rest to keep glued to the seat. That is because the next scene segment skyrockets into the future and thrusts viewers unceremoniously into the year 1942 with a breathtaking view. Two figures come into focus walking along a path through the woods carrying suitcases, a young woman, Adeline, and her daughter, Chloe. Chloe is none too happy about her current circumstances of having to move away from her home and live without the comforting presence of her father. Her doting mother openly commiserates with her and encounters Arthur who assumes the role of a charitable benefactor. He shows them their new lodging accommodations which are quite impressive to say the least. 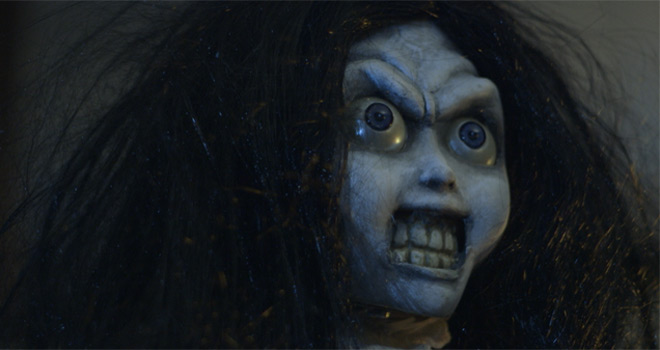 However, once Adeline crossed the threshold inside, she, along with the viewers, gets the impression that something is just not quite right. Thanks to some eerie music, the scene is that much more effective as she shivers with the frigid temperature within the domicile and the pervading sense of dread. This continues to escalate until the day when Chloe goes missing during a play session of hide and seek in the woods. Days and nights drag on by and Chloe still remains at large, but the witch has made her presence known to Adeline. The witch continues to taunt Adeline at every conceivable turn throughout her fruitless search for her daughter.

At this point, the audience’s perception of what is going on turns upside down as soon as the realization sets in that what is real and what is fantasy. It is actually a world of illusion – entirely created by the imagination of Mary Thomas, aka Adeline Grey. A fabricated world where she can escape from the reality of war and the pain of loss, in her fantasy she imagines that her daughter is still alive and her husband is far, far away and will eventually return to her. Soon the doctors allow her to continue to indulge in this fantasy world as a form of therapeutic intervention. For a brief moment, it appears to work for Adeline as she regains her tenuous hold on reality and can recall past events no thanks to the machinations of that abominable witch.

Alas, Dr. Charles Powell Arthur uncovers a shocking secret and confronts Arthur, aka Dr. Miles. Arthur has his reality encounter with the cursed doll at the foot of the stairs and then it is as if the camera had been turned off. Then, it is fast forward to 75 years in the future. On screen, we see two figures walking through the wood. Sounds familiar? But this time these two are hellbent on getting a documentary on camera and they certainly get more than what they bargained for as they come face to face with the hideous looking pint-sized diabolical doll. 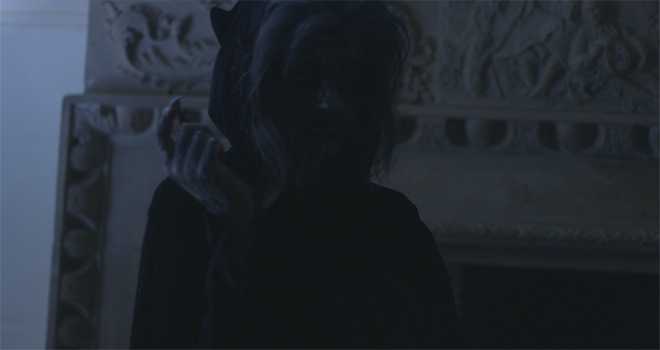 It is evident that a lot of work and dedication went into the making of Curse of the Witch’s Doll, and it shows. Kudos goes to Lawrence Fowler for the imaginative genius that went behind the creation of the doll that makes one cringe when gazing on its countenance and traumatic enough to cause a slew of nightmares for a fortnight. Could there be a sequel in order? Until then, CrypticRock gives this Psychological Thriller 4 out of 5 stars. 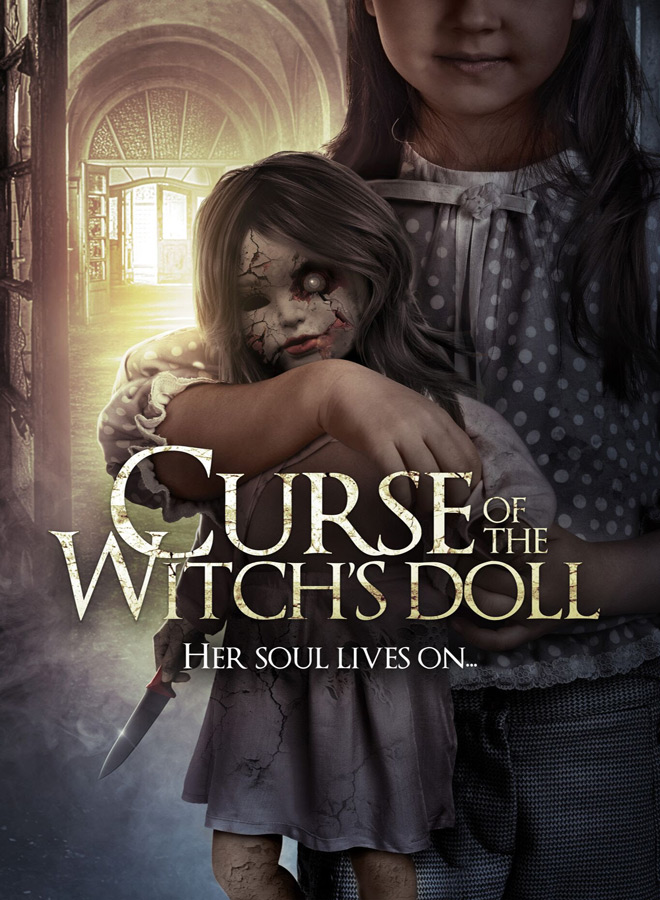