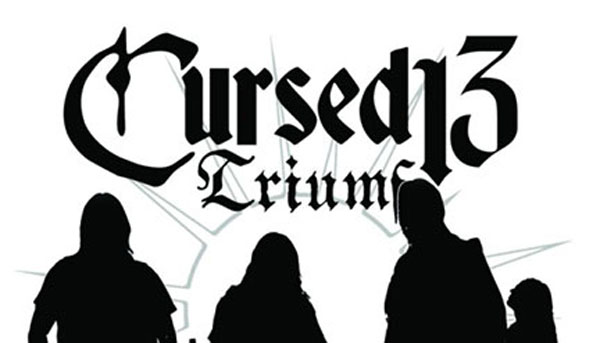 The D. Kareketo directed video can be viewed below:

The meaty ‘n muscular Triumf contains 11 tracks spanning the period 1998 up to 2013. Featuring members of DOMGARD, WAN, and SPAZMOSITY, CURSED 13 is nasty, brutish, and brilliant in its blackened purity. While there are no re-recorded songs from the Tearing the World Asunder split with DOMGARD, several of the tracks on Triumf were originally intended for the never released And Hell… album.