Murder is a really lousy thing to do, but it makes for some truly sincere film! Or so goes the bloody tale of Cut Shoot Kill, a new Horror/Slasher from Freestyle Digital Media that became available On Demand on August 8, 2017. 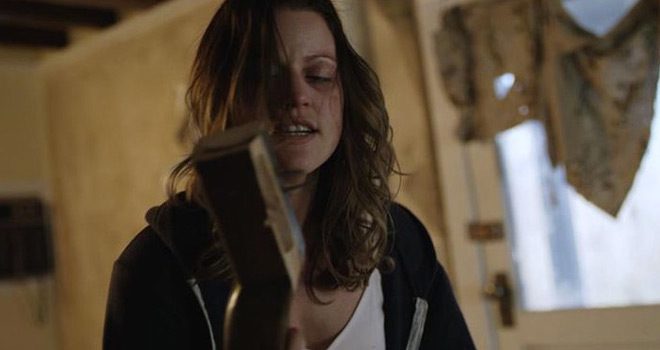 Alexandra Socha (The Big C series, Red Oaks series) stars as Serena Brooks, a somewhat bratty New York Hipster desperately seeking her first major film role. In the cutthroat world of the silver screen, beggars cannot be choosers, and her agent implores her to seriously consider stepping into the genre of Horror.

Reticent but desperate for work, Brooks takes a meeting with the eccentric Director Alabama Chapman (Alex Hurt: The River Why 2010, Law & Order: Special Victims Unit series). Chapman may be many things – but he is eager and passionate about his work and with seventeen short films to his credit – he is poised on the precipice of his feature-length directorial debut.

After a heartfelt lecture about the sincerity and realism that is lacking in today’s Slasher market, Brooks signs on to a motley production that runs the gamut of actors and production staff. Traveling to the wooded set in upstate New York, Brooks encounters her cast-mates: sweet and innocent Chloe (Zanny Laird: Under The City 2004, Trust 2010); easily-pressured Candice (Lexi Lapp: Happy Birthday, Sam 2014, Love & Everything In Between 2017); and token Brit Gordon (Josh Salt: Person of Interest series, I Love You . . . But I Lied series). 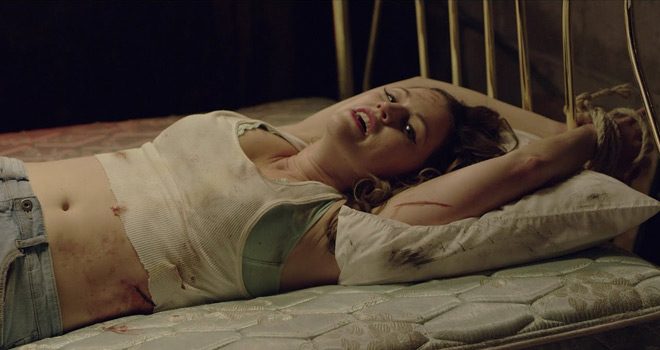 Then there is the mysterious loner Blake Stone (Phil Burke: 100 Million BC 2008, Hell on Wheels series), as well as the brooding Walter (Nils Lawton: Eye Candy series, Happyish series). Merely the actors and the support staff are a unique tale all their own, from the nerdy iBall (Jay Devore: Campus Code 2015, Born Guilty 2017) to wealthy financier Edward Shipman (Henry Zebrowski: The Wolf of Wall Street 2013, Dirty Grandpa 2016).

As filming for “The Collector” begins and the cast and staff begin to intermingle, it becomes abundantly clear that a few things are not quite on-par with normal Hollyweird procedures. As the situations both on and off set devolve, leading lady Serena will be forced to harness her inner Scream Queen and fight for more than just her acting career! Written and directed by Michael Walker (Chasing Sleep 2000, Price Check 2012), Cut Shoot Kill clocks in at 97-minutes and is unrated. Intended to be set in upstate New York, the film was actually shot in the Poconos near Stroudsburg, Pennsylvania. 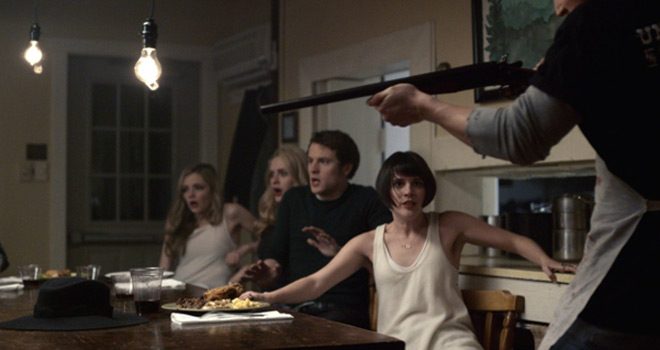 Overall, Cut Shoot Kill is a banal, somewhat boring entry into the Horror/Slasher genre. While Socha is decent in the main role of Serena Brooks, it is Hurt as Alabama Chapman who steals the show in this truly quirky role that encapsulates both good and evil. Devore as the somewhat slow, decidedly dorky iBall is also a stand-out, and while the remaining ensemble cast are decent in their roles, most fail to make any lasting impressions.

There is an attempt to question the sincerity in today’s Horror market – which is decidedly lacking and has made the genre generally trite – though Cut Shoot Kill fails to deliver anything that seriously shakes up the status quo of Horror in 2017. For these reasons, CrypticRock give Cut Shoot Kill 3 of 5 stars. Do stay for the closing credit sequence, which contains a fun little Mumford & Sons-esque number entitled “Murder” by Uncle Jake and the 18 Wheel Gang! 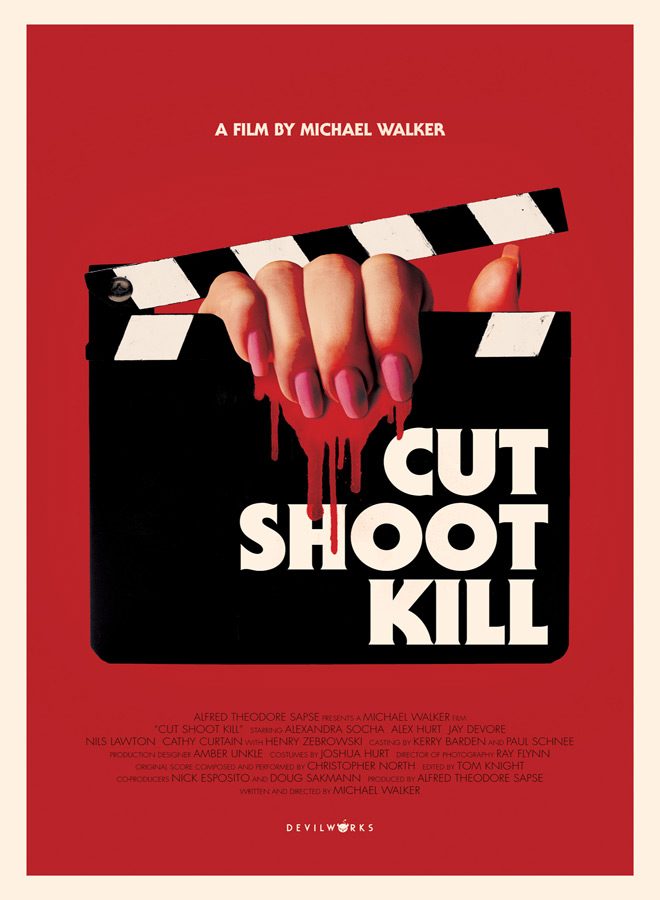