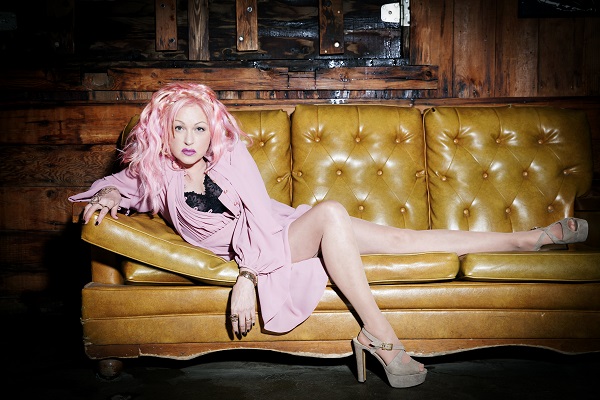 For over three decades, Grammy, Emmy, and Tony award-winning Singer-Songwriter, Actress, Activist, and Author Cyndi Lauper has carved a name for herself as a legendary Pop icon.  The Astoria-Queens, New York native would first burst on the music scene making history with her 1983 debut album, She’s So Unusual, featuring massive hits such as “Time After Time,” “Girls Just Want to Have Fun,” “All Through the Night,” and “She Bop.” Lauper would go on to make history as the first debut female album to chart four top-five hits on the Billboard Hot 100, and in 1984 she won the inaugural Best Female Video award for “Girls Just Want to Have Fun” at Video Music Awards. By 1985, she would earn Best New Artist at the 27th Grammy Awards as she became a household name with her unique style, songwriting, and vocal talents.

One of the most beloved artists of the ’80s era, Lauper has since gone on to release music in a variety of genres ranging from Blues, Soul, Adult Contemporary, and now she is back in 2016 with a Country Rock album. Entitled Detour, her eleventh studio album was released on May 6th and sees Lauper dive head-fist into Country music. Lauper states, “When I was a really young kid, Country music was Pop music, so that is what we grew up listening to. These songs are part of some of my earliest memories...”  With Detour, it proves just how diverse and astounding Lauper’s talents extend, as she puts her own spin on 1920, 1930, and 1940 classic Country and Bluegrass music while working with Producer Tony Brown.

Opening the album is “Funnel of Love,” originally sung by Wanda Jackson, and it has a Country Pop uptempo beat as Lauper adds her signature style. She truly sounds like she is enjoying every minute of singing this classic track, and it has great energy to begin this musical journey. Next comes Bluegrass Country song “Detour,” featuring Emmylou Harris. First sung by Patti Page, Lauper’s rendition offers some upbeat electric guitars, sliding guitar parts, violin solos, piano, and steady drums. Furthermore, the harmonizing between Harris and Lauper sounds fit, like a perfect puzzle piece.

Moving on, Lauper’s cover of Dorothy Moore’s “Misty Blue” is a magnificent showcase of her vocal range, as well as ability. With a touch of melancholy, Lauper embodies the meaning of the words as this Country ballad provides a strong organ presence with sliding guitar solo in the middle of the backdrop that fades as a dueling violin take over. “Walkin’ After Midnight,” made famous by Patsy Cline, provides an upbeat Country song. Violins, strumming, steady guitar tunes, mixed in with some sliding electric guitar parts, make for great accompaniment to Lauper’s upbeat vocals.

Guy Mitchell’s “Heartaches by the Number” follows and Lauper creates imagery of being down south at a bar. A true toe-tapper, her vocals are beautiful as it provides some breaks, bringing to mind some of her signature sounds. Then, “The End of the World,” originally sung by Skeeter Davis, has Lauper whispering “1,2,3,4” prior to the music. This famous Country ballad showcases Lauper’s exquisite voice as she allows herself to become the song vocally with every note. Bringing in the legendary Willie Nelson to sing his song “Night Life,” Lauper and Nelson complement one other beautifully. A song written by Nelson over fifty years ago, this new version provides electric guitar playing the Blues, with some piano and steady bass, as well as drums.

With “Begging to You,” performed originally by Marty Robbins, Lauper allows herself to sound vulnerable, and her vocal range soars from low to high notes. True to Country, with a dueling violin in the middle of the song and sliding guitar playing in the background mixes, it all fits magically with Laupers vocal performance. Loretta Lynn and Conway Twitty’s “You’re the Reason Our Kids Are Ugly” sees Lauper join up with Vince Gill as they sing, embracing the good nature feel of the song. Although it sounds like its a malice song, it is a love song at heart as Lauper brings in her famous “Uh” and even her strong New York accent to the song at the end when she and Gill provide a hilarious speaking section to each-other in character.

Keeping the song selection compelling, “I Fall to Pieces,” sung originally by Patsy Cline, has Lauper singing in a sultry voice with a hint of vulnerability, truly embracing the time period. Bringing on another guest, Jewel offers her yodeling skills on “I Want to Be a Cowboy’s Sweetheart.” Originally performed by Patsy Montana, this was the first Country Song by a female to sell one million copies. With the history behind it, Lauper sings flawlessly with the upbeat tempo to do it justice. Detour concludes with the Country Ballad made famous by Dolly Parton, “Hard Candy Christmas.” Featuring an appearance by Alison Krauss, together, both Lauper and Krauss provide a gorgeous harmonizing chorus. Ending the emotion of the album on a high note, Lauper’s voice is truly stunning as it provides a sense of melancholy, added with Krauss’ vocals parts that are equally strong.

Cyndi Lauper has done it all over her extensive career, and now she can officially add Country music to her list. Detour provides Lauper’s childhood love and memories of Country music and brings those songs that brought such joy to her life alive. Her voice and ability to breath life into some of the most famous Country and Bluegrass songs makes for some of her most extraordinary work to date. With help from a few friends, she immerses herself in the work without overdoing songs, that will make County music fans proud. CrypticRock gives Cyndi Lauper’s Detour 4.5 out of 5 stars. 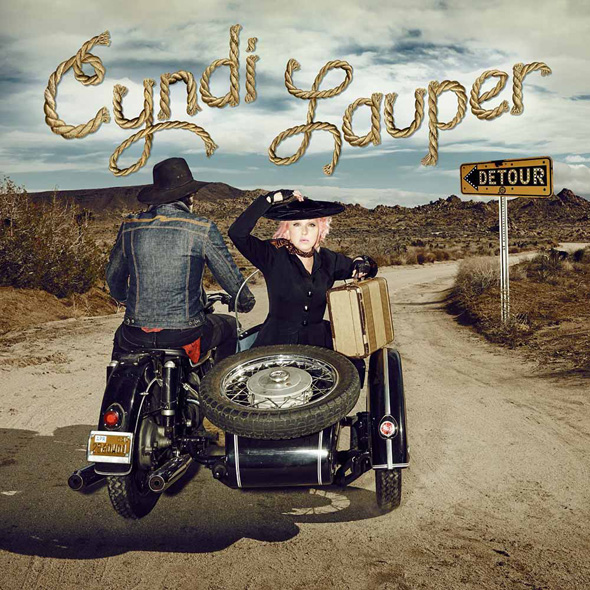