In 1986, DVX, now known as Cypress Hill, was formed. Mainly known for being the first Latino Hip Hop group coming out of the West Coast, Cypress Hill paved the way for what has been described many times as a Stoned Funk; a mix of Gangster Rap and Funk with their stoner undertones. The essence of this style of music can be heard on, most notably, Dr. Dre’s earliest solo work where he realizes the G-Funk sound, as well as the music and style of many other West Coast rappers. At this time, Cypress Hill was mostly liked by white suburbanites, and they wanted to get their credibility back in the Hip Hop scene overall. With that in mind, on October 31st, 1995, they dropped their third studio album, entitled Cypress Hill III (Temples of Boom). A little different from their prior works, 1991’s Cypress Hill and 1993’s Black Sunday, the lyrics parted from the Stoner Funk feel of previous works and went a little darker, seeming to stem from issues within the band. Now, two decades later, Cypress Hill III (Temple of Boom) stands strong as a focal point in the band’s history.

It was during the production of Cypress Hill III (Temple of Boom) that Sen Dog, labelled lead vocalist and back-up vocals for main singer B-Real, left the group for a short time to work on additional, outside projects. Despite the change, the album received platinum status and charted 3rd on the Billboard Top 200 in 1995. However, when taking a look back at Cypress Hill III (Temple of Boom), there was quite the controversy when it comes to how it was received.  A prime example is, though the album did great on the charts, it failed to have one chart-hitting single off of it like their previous efforts. With many solid tracks, the dark undertones of the Gangster Rap lyrics, however, brought back some credibility that the band was seeking. Sadly, shortly after this album was released, mixer Muggs went out to do his own projects for a few years. Despite all of these issues, seemingly stemming from the production of Cypress Hill III (Temple of Boom), Cypress Hill would overcome the challenges and live to create new music.

From the second the album begins, with “Spark Another Owl,” the typical Psychedelic vibe starts with B-Real’s iconic exaggerated high pitched sound and powerful lyrics talking of their favorite subject, smoking and getting high. Most would agree the most iconic song on the album was the first release cut, “No Rest for the Wicked.” It is known as a “diss track” directed at Ice Cube and rumor has it the reason for the track was due to Muggs never getting paid for production done for Ice Cube in years prior. People also said that the theme for the 1995 hit Comedy Friday was a rip off to the track “Throw Your Set in the Air,” also on this album. During the tour of Cypress Hill III (Temple of Boom) the group would talk more about the feud and get the crowd yelling about Ice Cube. They took specific rhymes from Ice Cube and threw them back at him in the track. Interestingly enough, the song surrounding the feud was nominated for a Grammy in 1996 for Best Rap Performance by a Duo or Group. This did nothing to stop the feud, until years later when the artists finally settled all their debts and made amends.

Another stand out aspect of the record was the collaboration with Wu-Tang clans producer, RZA. It was a solid addition to the album since, at the time, Wu-Tang Clan was hitting hard on the charts. It mixed well, creating a powerful blend of RZA’s flow and B-Real’s harsh, threatening lyrics. All in all, twenty years later, Cypress Hill III (Temple of Boom) is still a solid album, and one Cypress Hill fans and critics alike can enjoy. The different styling could appeal to critics who would say that Cypress Hill was not keeping true to their roots in their earlier works, while fans can appreciate the album for what it is, an attempt to keep the band together and walk a different line with the music the band produced. Above all, one thing that is distinct about Cypress hill is their sound, and Cypress Hill III (Temple of Boom) is no different and will be a staple of classic Hip Hop for another twenty years and more. 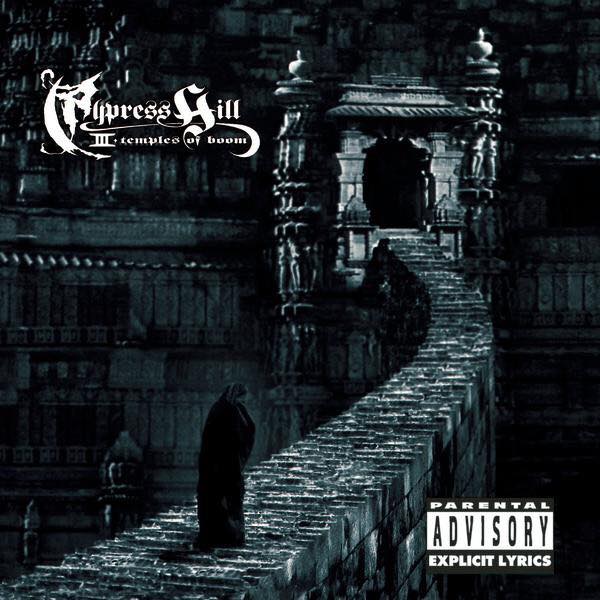