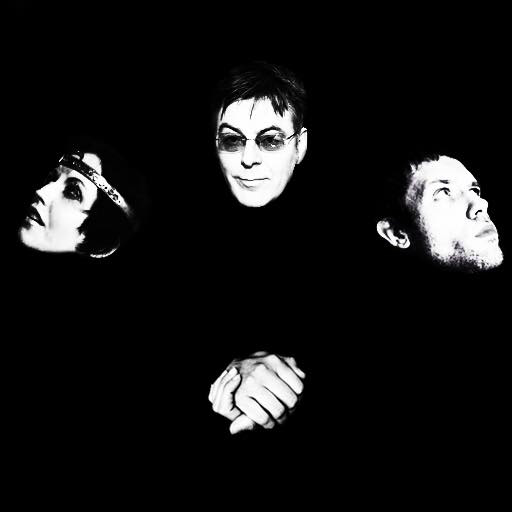 Morphing over the years, what began in the underground music scene mixing sounds of Post-Punk, New Wave, and Noise Rock, soon became known as Alternative Rock. A path paved by a variety of bands over the ’80s and ’90s period, there were two acts that made a unique and timeless impact with two different sounds. One act was the legendary The Smiths, and later on, the other was the iconic The Cranberries. Moving forward to 2016, no one would have even predicted back then that members from these discrete acts would somehow collide. Then, the announcement came down that former Smiths Bassist Andy Rourke had teamed up with The Cranberries Vocalist Dolores O’Riordan and New York-based DJ Olé Koretsky to form the collaborative project known as D.A.R.K..

An abbreviation for the collaborative members involved, Dolores O’Riordan, Andy Rourke, Olé Koretsky, surprisingly enough, this trio randomly happened. Initially, Rourke and Koretsky created the New York-based production/remix project entitled Jetlag. Deciding a puzzle piece was missing, Rourke and O’Riordan met up, and she offered to put her own vision into the process as well. After the fun experiments, the three of them ended up meeting in Ontario, Canada to what would become their debut record, Science Agrees, and eventually ten New Wave-Electronica tracks were born. An album originally slated for release in May, on September 9th, the non-traditional experimental collection of songs finally arrived.

Opening with “Curvy,” the listener’s quickly learn that D.A.R.K.’s sound is neither The Smiths nor The Cranberries. Sparked with a modern electronic and catchy beat, the song is a bit funky as it moves along with strong bass lines as O’Riordan’s soft hymn-like vocals enter. Incomparable to Contemporary music, O’Riordan’s singing develops further with “Chynamite” where her voice swoops in with an extra darkened tone as she sings “We don’t have to run, we don’t have to hide.” As O’Riordan soothes with a few “oohs,” the bass amplifies as the electronics continue to move at a steady pace. The pace picks up a bit on “Gunfight” as it incorporates a few ’80s New Wave influences, moving into an uplifting, danceable tune. In contrast, the lyrics hold a different meaning with “This love life, lost in your arms. And now I can’t sleep. I remember your eyes. Hit to the fact that we’re all going to die.”

The electronics continue to spiral along with “Steal You Away” where the sorrowful emotions peak with lyrics such as “Wouldn’t you like to live forever?” O’Riordan moves into a familiar high soprano voice, however, the chorus maintains a hauntingly disturbing sound. Moving on, an acoustic sounding guitar riff is heard as a club-like beat continues on “High Fashion” where it moves into an experimental Dance tune. Here, O’Riordan’s vocals hold a repetition, as though she is expressing an emotion on a dysfunctional relationship. Reaching the album’s halfway mark, “Watch Out” rumbles in with the bass where a slight cymbal sound soon follows. This moves slowly back and forth between the two sounds before the lyrics break in with “Something dark in your heart” and “Can’t control this desire.”

Still keeping audience’s interest, Techno and danceable notes persist with “Miles Away,” meanwhile, words move with tales on personal suffocation. It is here O’Riordan cries out depressive phrases such as “I’m drowning,” amplifying the mood. Thereafter, a whistling sound is heard during the opening of “The Moon.” It is more of an ambient introduction as the electronics accelerate with the bass as O’Riordan’s reaching out with her soothing textures while projecting emotions of pain, sadness, and loneliness from relationships gone wrong.

Noise is the key word when it comes to “Underwater,” which has a unique motion compared to the prior tracks, adding a heavier electronic zing to the mix. Lyrically disturbing, as though one is swimming in a pool with dead souls, O’Riordan emulates fear singing out, “We’re losing oxygen, the fuel is slowly running out.” This leads into the album’s finale and it sounds as though it is part of a French film score. Entitled “Loosen the Noose,” the tone shifts towards the constant morbid theme as the lyrics include “No point pretending anymore. I found true love six feet below. Just one time, I want to hold your soul with my bare hands…” Sadness remains persistent from beginning to end, yet it is incorporated with optimistic melodies.

Difficult to describe to those unfamiliar, D.A.R.K. is exactly that – dark, experimental, and an incorporation of haunting undertones. Perhaps not quickly perceived, some listeners could be distracted by the danceable beats and repetitions, but once they listen carefully, they will uncover the fragilities of what Science Agrees offers. CrypticRock gives this impressive debut 4 out of 5 stars. 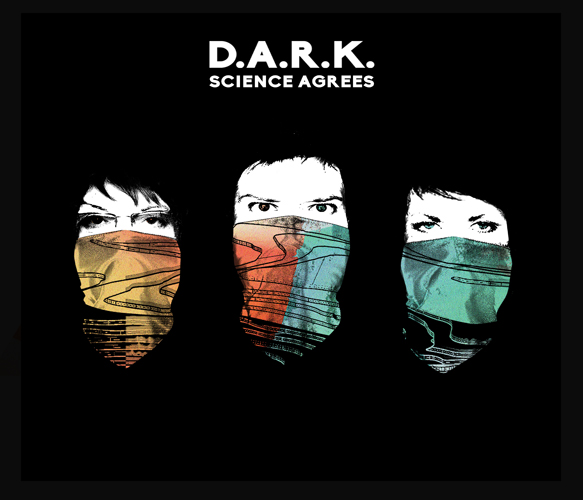