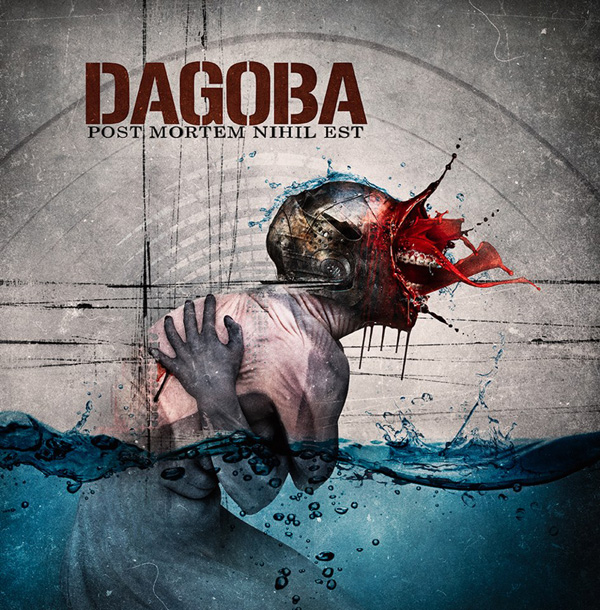 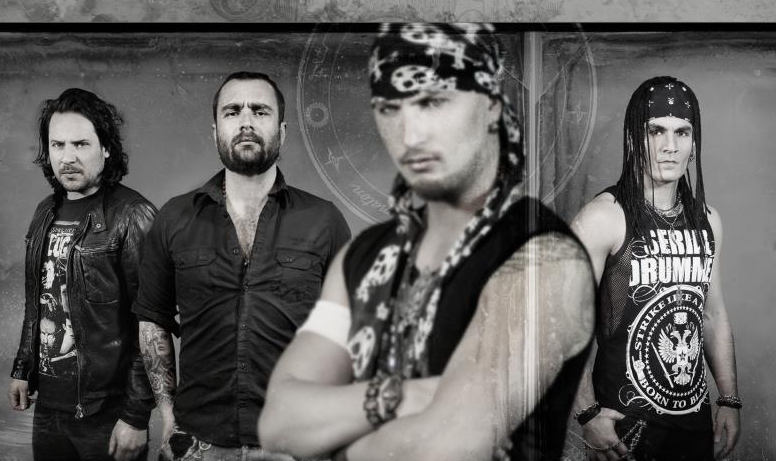 When you look at the French metal scene you will see a variety of bands making strides into the international stream of things. Bands like Gojira are just one of the many in the growing scene France has to offer. One such band which have carved their name in the soil of France are Dagoba. Formed in 2000, the band has morphed and progressed over the years. From their debut EP Release The Fury (2001) to the break out album What Hell Is About (2006), Dagoba has managed to keep things fresh from album to album. Deriving influence from thrash, death, black and industrial metal – Dagoba has managed to show that with each release. When long time guitarist Izakar departed in 2012, long-time friend Yves “Z” Terzibachian took over just in time for the recording of the new record. Now Dagoba is ready to take the next step forward in their progression with Post Mortem Nihil Est.

The record starts off in bold fashion with the track “When Winter…”. A nice blend of dark keyboards gives way to a thrashing guitar riff by “Z”. Shawter comes at you right from the start with a death metal growl only to surprise you with a wonderful singing chorus. This is not uncommon in the world of Dagoba, but it appears Shawter’s vocal range is wider than previous records. The next track “The Realm Black” is a mid tempo dark moody song. Filled with melody, layered backing vocals, and memorable synthesizer sounds; you are given a soundscape of epic proportion. “I, Reptile” provides you with a nice up beat metal track with some killer guitar riffage. It’s often a band can dazzle you with crazy guitar work, but that isn’t enough to keep things interesting. Dagoba seem to keep their riff structures heavy and interesting from track to track. Frank Costanza’s double bass drum on this track hits you right in the chest and doesn’t let go. By the time “Yes We Die” hits your speakers you will come to see a trend with this record and that there is no filler. The groove is addictive and Shawter provides an emotional clean vocal performance keeping things balanced. “Kiss Me Kraken” is a hard hitting track with more balanced clean and harsh vocals kept going by drill guitar work and drumming. Giving your neck a break from all the head banging “Nevada” is a nice minute and a half melodic instrumental track. There is a ambient atmosphere here and a full rich sound that breaks things up nicely. Following this moment of clarity we are given perhaps the most complete and perfect track on the album in “The Great Wonder”. Shawter puts on his best vocal performance here with a clear verbal assault throughout the verse only to wow you with a beautiful lyrical and sung chorus. The keyboards are generously layered throughout the track and add a beautiful texture. Keeping the bleak lyrical concept going “The Day After The Apocalypse” builds into a spectacular track. There is brutality and serenity all combined together painting you a visual soundscape of a post apocalyptic world. Everyone has a different idea of this concept, but this track gives you a compelling concept. The album follows that concept throughout and tracks like “Son Of a Ghost” and “Oblivion Is For The Living” continue it. The journey comes to conclusion with the double bass driven intense track “By The Sword”.

Post Mortem Nihil Est is one of Dagoba’s best albums to date. While other releases have been of high quality, Post Mortem Nihil Est has a certain accessible sound which will grab a larger audience. Without comprising creative integrity Dagoba has crafted an intense melodic and atmospheric piece of metal music. Cryptic Rock give this album 5 out of 5 stars.