The highly revered and influential English band The Damned had long been associated with what has become known as Gothic Rock/Gothic New Wave. This is based primarily on the sonic styling of the band’s eventual albums. However, many listeners who might have been introduced to the music of the band belatedly or are familiar with only such latter albums and who did not dig back into its discography will certainly be either surprised or shocked upon inspecting The Damned’s early albums.

If one is expecting similarly dark and eerie musicality, then one might get disappointed. On the other hand, if the music enthusiast is open-minded, then one should find the original sound of The Damned rather fascinating. The Damned of old was a far different beast compared with how its music had eventually evolved – from the urgent, feverish, and frenetic Punk Rock of the first albums to the ambitious, progressive, and arty excursions of the ensuing ones, brought about by the members’ boredom with the simple aesthetics of Punk of that decade. In fact, the band’s debut may be regarded as among the earliest Punk albums.

Released on February 18, 1977, Damned Damned Damned is the first album of The Damned, which at the time was comprised by founding members Dave Vanian (vocals), Brian James (guitar, vocals), Captain Sensible (bass, vocals), and Rat Scabies (drums, vocals). It immediately bursts with the guitar assault and infectious Pop Punk sound of “Neat Neat Neat.” The cacophonous guitar styling carries on to the ensuing ’60s Psychobilly–inspired “Fan Club.” Then, the tempo shifts to a higher gear as the punked-up Rockabilly tracks “I Fall” and “Born to Kill” play in succession. Both will be fun to add to a playlist that includes Angelic Upstarts’ “Kids on the Streets,” Third World Chaos’ “We Are the One,” and Agnostic Front’s “Never Walk Alone.” Then there is the short, yet anthemic ditty “Stab Your Back.”

“Feel the Pain” is what may be regarded as a twisted Punk Rock ballad, owing to its relatively slow tempo, dissonant chord combinations, and lyrical sentiments. Notably, the gradual gearing up of speed towards the coda became a template that many future Punk bands eventually adopted for slow-fast-slow song structures. Following next is the first ever single released by The Damned, 1976’s “New Rose,” which remains iconic and has become even catchier forty years later. The ensuing “Fish” is another chaotic stomper steeped with uncontainable guitar stabs and slashes, which is aptly followed by the even faster and more frenzied outburst of “See Her Tonite.”

Nearing the end of the tight set, “1 of the 2” features a guitar styling that combines Metal’s virtuosity and Punk’s raw energy. The penultimate “So Messed Up,” on the other hand, maintains the album’s sonic aggression, also recalling similar Oi! sensibilities by the likes of Sham 69 (“Borstal Breakout”), Stiff Little Fingers (“You Can’t Say Crap on the Radio”), and Cockney Rejects (“Oi! Oi! Oi!”). Finally, Damned Damned Damned wraps up with the raised-fist, unruly, mob-gang attack of “I Feel Alright.”

Damn! That was a really breakneck trek back to The Damned’s unapologetically arrogant Punk Rock beginnings! That said, many Gothic-influenced bands that came after The Damned’s heyday consider the evolved music of the seminal band very influential, serving as a template for how to come up with proper Gothic songs. Nevertheless, the English band’s Punk origin should never be underestimated, and the original quartet’s individual musical proficiency should not be left unnoticed. Even The Pretenders’ Chrissie Hynde, looking back to the Punk era of the late ’70s, had written in her 2015-published book, Reckless: “They [The Damned] were probably the most musically accomplished Punk outfit in town.”

So, if one wants to listen to some good ol’ classic Punk albums, then one must place The Damned’s firstborn on top of the list. Simply put, Damned Damned Damned is a collection of short, witty, and electrifying Punk anthems made by the then young and driven Vanian, James, Captain Sensible, and Rat Scabies – all of whom have long been hailed also as among the pioneers of the genre that never really died. What well-established music genre has died anyway? Long live Punk Rock! 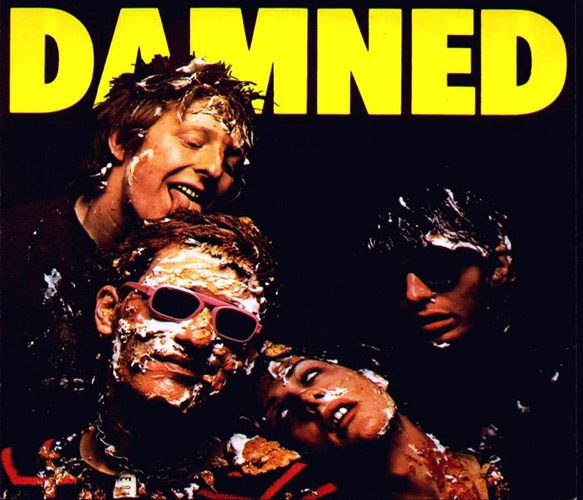