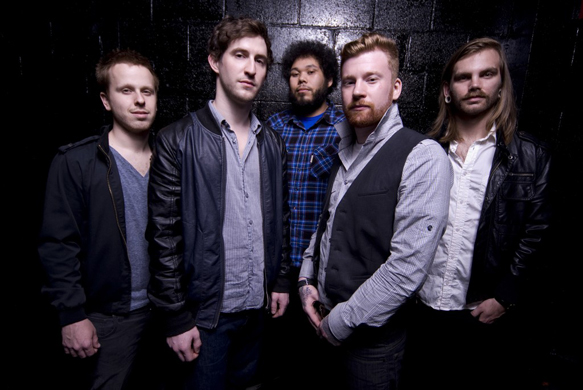 Dance Gavin Dance has been showcasing their unique sound in the post-hardcore music genre since 2005. The band’s members currently include Jon Mess (unclean vocals), Matt Mingus (drums), Will Swan (guitar), Tim Feerick (bass), Josh Benton (guitar), and Tillian Pearson (clean vocals). Many would think after their constant lineup changes their sound would be damaged by modification. Their latest release, Acceptance Speech, has definitely solidified their progress as a band. Still keeping its original and fun sound, Dance Gavin Dance’s renewed tone of their music gives the band an identity no one can forget.

The opening tracks to Acceptance Speech, “Jesus H. Macy” and “The Robot With Human Hair pt. 4”, were previously released to their fans; giving them an idea of what their new album was all about. “Jesus H. Macy” has the perfect combination of contrasting vocals and sharp guitar riffs. The clean vocals by Pearson in “The Robot With Human Hair pt. 4” were tremendous, hitting difficult high notes and pulling together impressive hooks. Named after the album, the next track “Acceptance Speech” gives off a haunting essence to the record and manages to create a magnificent piece due to its creative use of guitar riffs. Switching from heavy to atmospheric, this track can easily be a favorite off of Acceptance Speech. A fast paced tone is shaped in the next track “Carve” and continues through “Doom & Gloom”. This track is unique because of its melodic vocals and combination of rapid drumbeats and quick guitar riffs. This interesting mix makes the song a masterpiece. The rhythm alters when listeners tune into “Strawberry Swisher pt. 3”. This song is exciting and fun with a different approach from the rest of the tracks on Acceptance Speech.

Once again, Pearson’s vocal range is spot on in this album. “Honey Revenge” is a highlight off Acceptance Speech. The lyrics tell the tale of a man’s love for a woman he just can’t seem to get. Lyrics such as “Watch you sleep/watch you wake/notice all the moves you make” gives an obvious idea of his undying attraction. Nevertheless, this catchy song is full of hooks that make you want to keep “Honey Revenge” on repeat. Then, the following track ends the long Robot With Human Hair musical series, called “Death of the Robot with Human Hair”. Starting very harmonious, it crashes into an intense track to close the story of this notorious robot. Another distinguished track is “The Jiggler”. This song has a similar approach as “Strawberry Swisher pt. 3”, but varies in many ways. Its chorus is especially captivating due to its moody tone and melody. Acceptance Speech ends with “Turn Off The Lights, I’m Watching Back To The Future pt. 2”. With a noticeably powerful guitar and an appealing chorus, this final track completes Acceptance Speech.

In a nutshell, Dance Gavin Dance’s newest record, Acceptance Speech, is important to the music scene. Its consistent melodies throughout made this album incomparable to any other post-hardcore record. There are endless amounts of hooks that pull listeners in and every song is packed with force. CrypticRock gives this album 4 out of 5 stars. 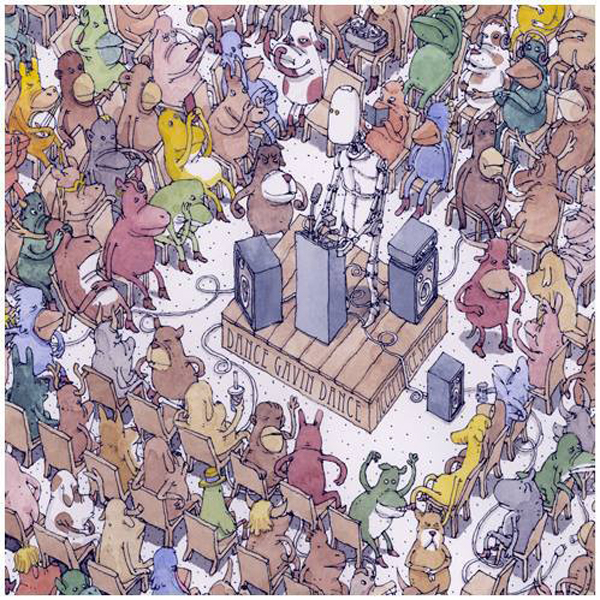