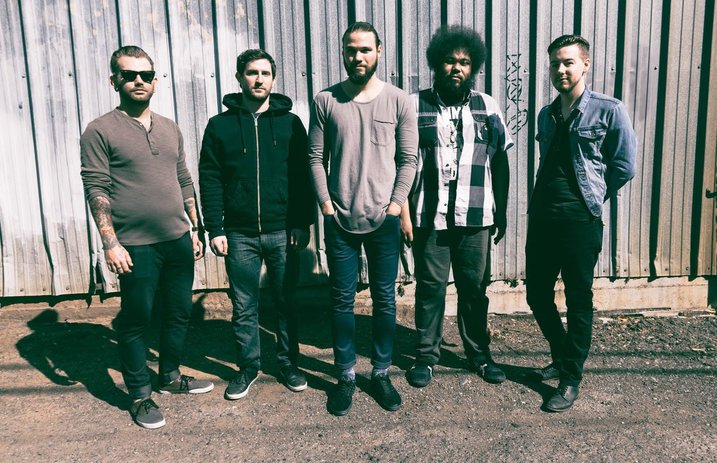 Braving the storm – just as most musicians do – it seems as though Dance Gavin Dance do not earn enough credit. Starting out just around the same time as quite a few other bands in the scene, 2005 brought yet another Post-Harcore band together, although this time it seemed slightly different. For Dance Gavin Dance, their music screams ambition and pure talent, making it incredibly clear through their live shows and each individual song. For Dance Gavin Dance, it may seem their current success shines above all, but it was not always this way. Through finding their place within an already flourishing scene, the band struggled with getting a lineup that would stick; starting with some and ending with others, each album features different musicians, something the band is now known for.

Working hard with what they had, no matter who was in the band at the time, Dance Gavin Dance always created music that they were proud of, never letting the fans down. With a growing list of lineup changes, the band never slowed down, releasing a plethora of music and always having something more in the works. Whether it was writing, recording, or touring, the guys ate, slept, and breathed music. Highly motivated, after the release of their first full-length album, 2007’s Downtown Battle Mountain, Dance Gavin Dance climbed some of the most well-known music charts and toured with other great talents such as Emarosa, Scary Kids Scaring Kids, Closure In Moscow, Memphis May Fire, and Crown The Empire, while also being noticed in Alternative Press Magazine, as well as traveling with the Vans Warped Tour.

Making it possible for Dance Gavin Dance to continue, it is only fair to give credit to those who started it all, original members Jon Mess (unclean vocals), Will Swan (guitar), and Matthew Mingus (drums). Joined by  Tim Feerick (bass) in 2009 and Tilian Pearson (clean vocals) in 2012, the current lineup of musicians have been quite busy over the past couple of years. First it was the release of Instant Gratification in 2015, then it was the live album Tree City Sessions, released this past March. Now, they are back stronger than ever with their seventh full-length studio album via Rise Records, Mothership.

First introduced to the public on October 7th, Mothership was produced by Kris Crummett (Issues, Sleeping With Sirens) and contains thirteen tracks. Kicking things off with “Chucky vs. The Giant Tortoise,” it becomes an instant favorite and is a great way to start out an album of this magnitude. Being equally catchy and edgy, listeners are sure to be completely invested by the second track, “Young Robot.” Already showing an abundance of differences, the band takes a swing at risk-taking and changes things up a bit. Highlighting on their talents, this track features slightly different instrumentation, for example, there is a flute solo as an introduction before continuing on in classic Dance Gavin Dance form.

With their clean and heavier vocals, the audience is able to hear the full range of talent that the band provides on “Frozen One.” Highly textured, it perfectly exemplifies their diversity. As for their range in topical lyrics, each song gives off a new vibe and theme. That said, “Flossie Dickey Bounce” is about drugs, while others about cliche topics such as sex, love, and anger. Shifting the tone slightly, “Deception” starts out slower and lighter than most before instinctively picking back up again as the verse kicks in, and them mellowing back down throughout. With words such as “I don’t need you anymore,” there is a suggestion of letting go of those who have done you wrong.

Moving on, “Inspire the Liars” is a turning point of sorts on Mothership. Sure to be another favorite, there are no boundaries and certainly there is no telling what will come around each corner with the song. As for “Philosopher King,” they bring a sound a lot heavier than most of the other songs, and it has a sort of spunk to it that will make listeners want to bop their heads. Almost similar to the prior song, “Here Comes the Winner” is just about equal with its use of clean and unclean vocals. With the intensity of the instrumentation, this song would be a perfect fit for a live concert. Being the antithesis of Mothership, “Exposed” is softer and calmer, and those who tend to enjoy the lighter songs will be totally indulged in this one.

Approaching the conclusion of Mothership, “Betrayed by the Game” kicks in and raises the bar up from the last number of songs. Then, with a little bit of feedback, “Petting Zoo Justice” is an aggressive and angsty piece that will also translate wonderfully in a live setting. A complete game changer, “Chocolate Jackalope” features some Electronic background noises and vocals, taking a risk and jumping away from the band’s norm. Bringing it all home, a perfect way to end a wholly unique album, “Man of the Year” wraps it all up nicely.

Never ever seeming to disappoint, Dance Gavin Dance has done it again. With another great record under their belt, there is no telling what they will do next. In fact, this may be their best album to date.. Guaranteed to gain new fans, yet keeping old ones, CrypticRock gives Dance Gavin Dance’s Mothership 4 out of 5 stars. 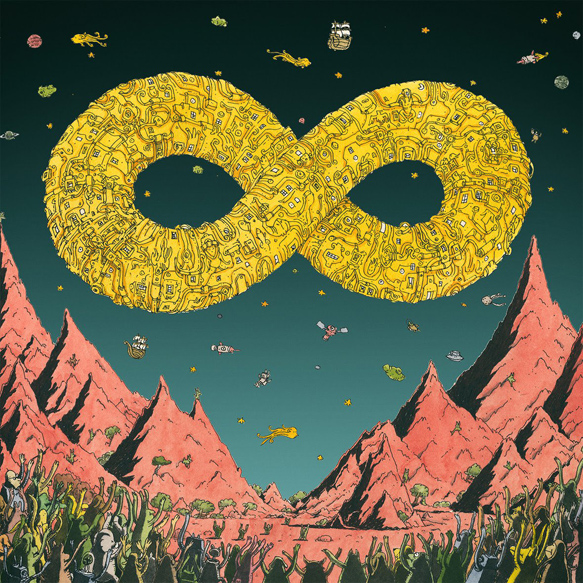