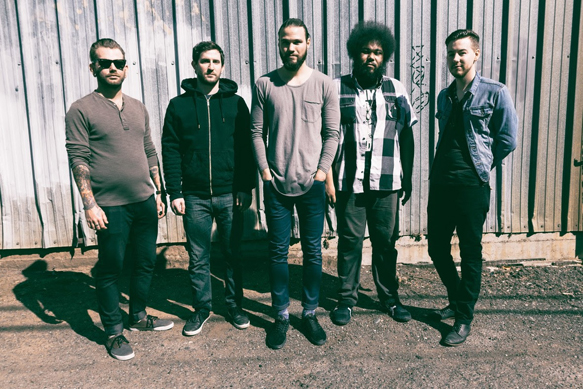 Growth is one of the most important aspects of the music industry; keeping talents fresh and exciting. But sticking true to yourself is even more paramount, bringing any artist to self success. For Sacramento, California’s Dance Gavin Dance, they happen to excel in both; thrilling listeners since 2005. If it was not for past – Jonny Craig and Kurt Travis – and current members – Tilian Pearson (clean vocals) Jon Mess (unclean vocals), Will Swan (guitar), Tim Feerick (bass), and Matthew Mingus (drums) – the ensemble would not have the triumph they hold today. With an exceptional discography of six studio albums and an abundance of tours under their belt, Dance Gavin Dance hold true to dedication and never giving up.

Signing to Rise Records in 2006, the group has worked hard to keep the band going for over ten solid years of music and a constant change in lineup. Coming together for their seventh studio album, Dance Gavin Dance have certainly outdone themselves; announced to the public March 2nd, Tree City Sessions would be the tour de force of their career. Released May 13th, via Rise Records, the ensemble stepped up their game by live recording this 12-track piece in their hometown at Pus Cavern recording studio; showing fans a new side of their musicality.

Tree City Sessions kicks off with “Alex English,” a piece that jolts listeners awake, bringing them into the world of Dance Gavin Dance. With intricate guitar parts, a collection of back and forth vocals, and introspective inflection, this track showcases and proves the talents of the musicians. Past records have brought us parts one through three, but now continuing on with the story of “The Robot With Human Hair Pt. 4,” this track is considerably different than those of the past. With a new sound, this track showcases an invigorating tempo, featuring intense guitar, drums, and lyrics; bringing new aspects to the familiar story. Lyrics such as, “Hang on, don’t lose composure now,” is surely enough to get listeners interested, if not already.

Sticking to the heavier side of their roots, “Tree Village” starts off soft and builds as the song progresses. Richly textured with complex instrumentation and vocals, this piece is as satisfying as past music. The combination of clean and unclean vocals gives Dance Gavin Dance depth and helps create the mood for a piece such as this one. Grasping attention right from the start, “Lemon Meringue Tie” introduces a catchy guitar riff alongside interesting vocals to correspond the orchestration. Having melodies that will seep into your brain, this track will leave you ready for even more music.

Taking a shift in the album, “We Own The Night” starts out fun and upbeat, only to pick up with unclean vocals in front of background harmonies. Shifting again through verses, this gives the song a hint of emotions, pushing the boundaries on their own music. Heavy and intoxicating, “Thug City” transports listeners to the world of Post Hardcore Rock. Layered with intensity and variety, this track is one that gets better with each replay.

If the guitar parts were not impressive already “Carl Barker” will truly take any guitarist into another world. Showing an immense amount of talent all around, Dance Gavin Dance has certainly outdone themselves. Taking a turn in sound, “Death Of A Strawberry” is lighter and softer than any track heard before. Shifting during the duration of this track, it highlights an upbeat and bright tempo alongside beautifully sung clean lyrics, with the expected, compared unclean vocals that make an appearance.

One of the heaviest off of Tree City Sessions, “The Jiggler” lives up to the hype of the rest of the album. Highlighting lyrics, “I wanna love you but this house ain’t built for two,” shows a more vulnerable side of Dance Gavin Dance, while still having their usual set up of heavy instrumentation and dual vocals. Jumping to “Me And Zoloft Get Along Just Fine,” this track is a work of instrumental genius, as is the entirety of the album; if vocals do not catch attention first, orchestration surely will.

Filled with energy, “Spooks” showcases rapping with an overall phenomenal performance. Giving a slight taste of a new genre, Dance Gavin Dance always finds new ways to surprise listeners. The perfect way to closing out the album, “And I Told Them I Invented Times New Roman” leaves their audience wanting more, but gives just enough to completely enjoy over and over again with each subsequent listen.

Ambitious and invigorating, Dance Gavin Dance is highly recommended to any music lover. With their Post Hardcore attributes, surrounding genres would be doing themselves a favor to check out any album. Definitely raising the bar for themselves, it is going to be hard to top any music released in the future; CrypticRock gives Dance Gavin Dance’s Tree City Sessions 4 out of 5 stars. 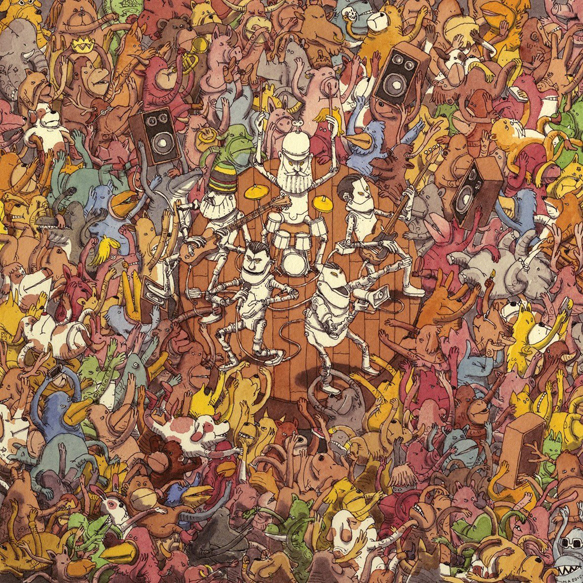