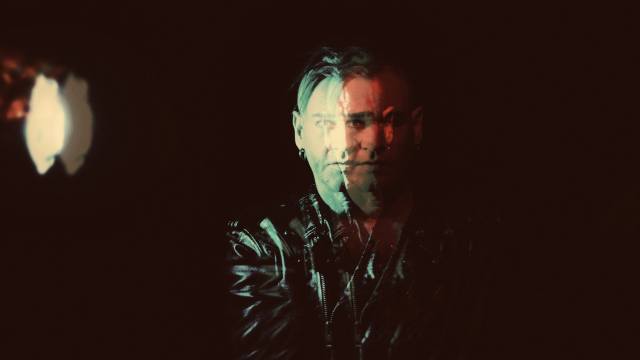 Fans who are familiar with Daniel Ash only because of his being the guitar player of the English band Bauhaus (“In the Flat Field”) and then the vocalist/guitarist of Tones on Tail (“Twist”) will easily associate him with Gothic Rock. After all, Bauhaus and Tones on Tail are primary icons of the genre. On the other hand, those who have followed Ash’s musical journey on through his next band, Love and Rockets, which he formed in 1985 with Bauhaus bandmates David J (bass, vocals) and Kevin Haskins (drums, synthesizers), will acknowledge that Ash’s sonic preference did not really languish in Gothic; it has evolved from the morbid tendencies of the genre to the danceability of Pop and lush commercial soundscapes of Electronic Dance Music (EDM). This has become apparent in the outputs of Love and Rockets—seven studio albums, from 1985’s Seventh Dream of Teenage Heaven and 1998’s Lift. That styling predated the so-called Dance Punk that eventually exploded in the 2000s, as exemplified by bands like Bloc Party (“She’s Hearing Voices”), Franz Ferdinand (‘The Dark of the Matinée”), The Wombats (“Let’s Dance to Joy Division”), and LCD Soundsystem (“Daft Punk Is Playing at My House”).

In between his activities with Love and Rockets during its tenure for the most part of the 1990s and after its demise in 1999, Ash got to release three solo studio albums – 1991’s experimental, genre-defying Coming Down, which finds Ash dabbling in a diversity of genres that included Bossa Nova (“Walk This Way”), Jazz (“Me and My Shadow”), and Lounge Pop (“Closer to You”); 1992’s Alternative Rock/Grunge/Shoegaze-inspired Foolish Thing Desire; and 2002’s full-blown bass-driven and dance-floor-worthy Electronica self-titled album. In the remaining years of the 2000s, Ash has also moonlighted as a DJ. And then, in the early 2010s, he went back to the studio to record again, resulting in 2014’s Stripped.

Re-released on April 8, 2016, Stripped consists of one new song plus eleven re-styled versions of select tracks from Ash’s former bands. It begins with a Rave-sounding version of Love and Rockets’ hit song “So Alive,” featuring heavy bass drones and synthesizer pulses. Rockets’ “Love Me,” on the other hand, is glazed with the sugary sheen of Synthpop, recalling Depeche Mode’s “Behind the Wheel” and “Enjoy the Silence” as well as Erasure’s “Always.” Next is a take on the Tones on Tail classic “OK, This Is the Pops,” which retains the Pop sensibilities of the original and was made even catchier with a piano melody floating high in the mix. And then there is the laidback and almost Trip-Hop rendition of Love and Rockets’ “All In My Mind.”

In “Too Much Choice,” Ash has totally freed himself from any inhibition and hesitation, detaching from the past and radically changing the mood of the song by dressing it in Dubstep and oiling its grooves with Reggae. The initiated may recall similar sonic excursions in the bass-and-drum-oriented genre of Jah Wobble (“Becoming More Like God”) and Public Image Ltd. (“Double Trouble”). Another Love and Rockets song ensues, the metallic “No Big Deal,” which was simply given extra polish and gloss.

The only representative of Bauhaus in the set, the sinister sound and cutting rhythm of “Slice of Life” became more ominous, having been transformed into a rust-tainted Industrial song in the veins of Skinny Puppy (“Dig It”), Nine Inch Nails (“Head like a Hole”), Ministry (“The Land of Rape and Honey”), with a touch of the sexy, political, and brilliantly burning trash balladry of Machines of Loving Grace (“Cicciolina”). The same Industrial treatment is given to the slowed-down “Mirror People.” Another Tones on Tail classic, a virtually unchanged “Christian Says” remains as sonically intimidating, but melodically unforgettable as ever.

The only new song on Stripped, the Dance Punk “Come On,” features a deadpan semi-Rap list recitation that harks to similar indulgences done by Blondie (“Rapture”), Madonna (“Vogue”), A House (“Endless Art”), and Lady Gaga (“Born This Way”). The glittery mood and vocal play flow smoothly into “There’s Only One,” the primary difference of which from the original is the replacement of the groovy Funk overtones with the brashness of Industrial noise. Finally, Stripped closes with “An American Dream,” transposed from its being a sparse ballad into another ghostly Dubstep/Ska party piece, which may remind the initiated with pioneers of the genre such as Madness (“Night Boat to Cairo”), The Specials (“Ghost Town”), and The English Beat (“Mirror in the Bathroom”).

Those whose ears have been accustomed to the doomy and gloomy Gothic proclivity of the Daniel Ash of old, especially during the pinnacle of Bauhaus and Tones on Tail in the early ’80s, will most likely be surprised and may even feel uneasy with Ash’s tinkering with certain classic songs of his former bands. However, those who dug Love and Rockets and who was able to follow the musical evolution that transpired (and continues to occur) since the Punk Rock revolution in the ’70s, connecting it to the Electronic/Dance-oriented Pop/Rock music of today, will not find difficulty in digging the sound of Ash’s new concoction. CrypticRock gives Stripped 4 out of 5 stars. 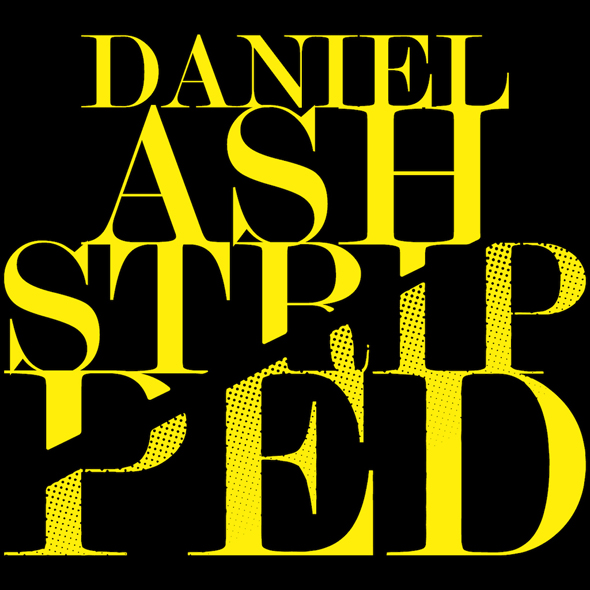