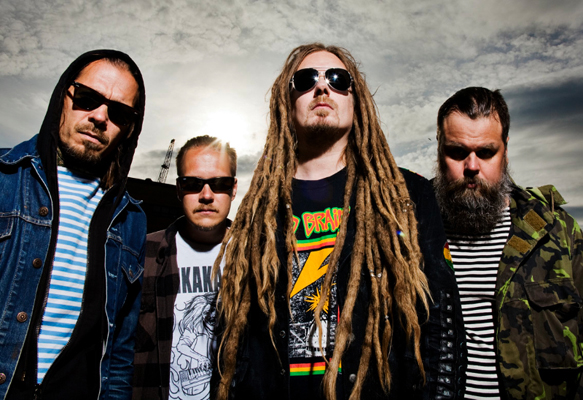 Who exactly are Daniel Lioneye? Hailing from Finland, Daniel Lioneye initially came together back in 2001 when HIM’s Guitarist Mikko “Linde” Lindström, Vocalist Ville Valo, and Bassist Mikko “Mige” Paananen were reportedly looking for an outlet away from the whirlwind of success and stress that came with their main band. Doing so with their debut album, The King Of Rock ‘n’ Roll, the tongue-in-cheek Psychedelic Rock album had fans talking. Different than HIM, Daniel Lioneye would be kept alive through the years, and in 2010 released Vol. II, a more Black Metal leaning record. Now in 2016, Daniel Lioneye, led by Linde Lindström on guitar/vocals, along with HIM mates Mige Paananen on bass and Burton on keyboards, along with Seppo Tarvainen on drums, return with the follow-up,Vol III. Released on The End Records as of August 19th, Vol III, yet again sees Daniel Lioneye take a different direction.

Beginning with an intro that slowly raises the volume, almost like a machine, there is a steady rhythm that could be created by some stamping and hammering. Entitled “Messier 0,” it prepares the listener for what is to come with the remainder of the record. With “Blood On The Floor,” the guitars and drums start by blasting razor-sharp Metal into the listener’s ears before the loud and energetic music is soon followed by strong vocals of Linde. Clean in their approach, the vocals are smooth, inviting, and atmospheric. A bit slower, “Break It Or Heal It” carries a strongly melancholic vibe as the deep lyrics come across sad, and slightly tragic. Bringing back the heaviness, “License To Defile” is a loud and thriving song which marches forward with fury. Complemented by slightly spacey keyboards from Tarvainen dancing in the backdrop, it is a heavy, trippy track. Next comes the album’s lead single, entitled “Ravensong,” and it is a beautiful melodic piece that sways back and forth in the ears and mind. Simply put, it is a magnificent way to lose one’s self within the confines of their own psyche.

Slightly more intense, “Alright” begins with heavy guitar shredding and growled vocals, making for a perfect Doom Metal song. The intensity releases slowly and unravels a still dark and rhythmic chorus before heaviness sets in once again as it becomes a surprise amidst the other songs. Then, “Baba Satanas” is something like a bright interlude, showing the exit out of the darkest cave, but then getting lost right in front of the escapee. Thereafter, “Aetherside” comes back strong and intense as guitars play amazing Rock riffs and the vocals set an evil tone.

Pulling it all together, “Dancing With The Dead” is a thriving song where the rhythm and melody perfectly align with the vocals. Reminiscent of an atmospheric track Katatonia may offer, it is yet another triumph on Vol III. Beginning with a marching sound that could also be mistaken as a rhythmic gun fire, “Oh God In Your Great Mercy” soon becomes a creepy piece with heavy guitar and keys laden in the background. A strong and demanding track, it reminds the listener it is not all fun and games out there. With little time left, “Mathematics Of The Storm” is a sway-along piece with soothing melodies while the distorted guitars mix up to one whole mash of music. This is before the final song, “Neolithic Way (2016),” which is probably the brightest on the album. Just as distorted and melodic as the previous, with a touch of Doom Metal, it will drag the listener along one last time and shake them to the core.

The brand new Daniel Lioneye album comes with twelve songs and has its own triste spirit. Somehow sad and melancholic, but also slightly hypnotizing, the music will wrap around the listener’s mind, resulting in a dream-like state. Vol III lasts for almost one hour and varies in pace and intensity, but each song carries its own darkness. Vastly different than their previous work, Vol III is a brilliant release, not only for fans of HIM, but for any fan of Melodic melancholy Rock. CrypticRock gives the album 4.5 out of 5 stars. 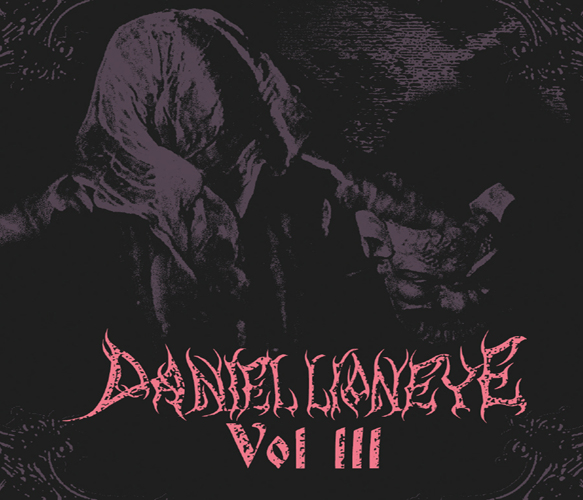