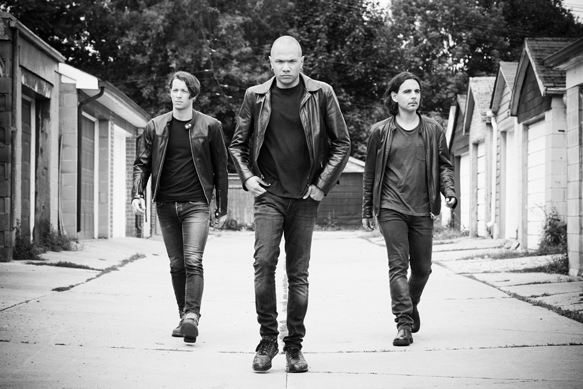 Originally forming back in 1996 in Toronto, Canada, Rock band Danko Jones put their efforts into touring for two years, prior to even consider to record an album. Building a name with their live show, and by word of mouth, the band finally gave into fans demand and recorded a self-titled six song EP in 1998, and have not stopped since. Recording album after album, their touring resume is equally as impressive, having shared the stage with a vast array of artists including The Rolling Stones, Sepultura, Nickelback, Motörhead, Guns N’ Roses, and Volbeat across Canada, the US, and throughout Europe. They have also made appearances at major festivals including Wacken, Roskilde, Hellfest, Uproar, and Download over the years. Now in 2015 they return with their first album in three years, and seventh overall full-length studio release, entitled Fire Music, released on April 21st via Bad Taste Records/MRI. Made up as a trio, Danko Jones presently consists of vocalist/guitarist Danko Jones himself, John Calabrese on bass, and new drummer Rich Knox, recording on a album for the first time with the band.

Arguably some of the most angry, fierce and indignant music that Danko Jones has ever created, Fire Music was produced and mixed by Juno Award winning producer Eric Ratz (Billy Talent, Monster Truck, Metric), with Grammy award winner Gail Marowitz designing the album cover. Known for music that exhibits the emotional and physical effects of when love goes bad, Danko Jones uses this new album to go one step further as they reveal a lot of pent up anger that pours out as unrelenting Rock-n-Roll fury. Fire Music depicts a world where belief in love and romance has disintegrated into the darkest depths of a blackened soul. Expect shout along choruses, merciless, violent hooks and drum beats that punch below the belt.

Pummelling the listener with drum beats from the outset, “Wild Woman” demonstrates Jones’s distinctive vocal prowess, high notes and gritty verses, all with a frenetic pace. It has a groove that captures the listener and gets their attention. Calling it catchy would almost seem insulting for a song this brutal, but catchy it is.  Next up, “The Twisting Knife” is a relentless story of cold-blooded jealousy and murder. “Gonna Be A Fight Tonight” was selected as the official theme song for WWE’s 2015 Royal Rumble Pay-Per-View Event which took place on January 25th at Wells Fargo Centre in Philadelphia, Pennsylvania. It is a rebel yell of a song, full of mutiny and attitude and backed up with high voltage guitars.  “Body Bags” is a Punk-edged revolt, venomous and despicable in a most enjoyable way. The worryingly obsessive nature of love is explored in “Live Forever” as it rocks and writhes along with a sinister undertone. With a funky, Hip-Hop flavor, “Do You Wanna Rock?” is a raucous, musical double entendre. “Getting Into Drugs” lampoons the stereotypical sex, drugs and Rock-n-Roll cliché. It is off the wall and strangely addictive. “Watch You Slide” has a hillbilly twang to its guitar, a menacing nuance and a frantic pace that keep the listener gripped to the end. An ominous promise is issued in “I Will Break Your Heart” with a slower time signature and an evilly romantic sway to the drum beat. “Piranha” is frenzied and agitated with a message that is hammered home by feverish drums and a panicked, shrieking chorus. Lastly, the twisted “She Ain’t Coming Home” races to the end of the album with huge choruses and a crazed drum beat that will leave the listener breathless in its haste.

If Fire Music is any indication of how much energy and charisma this band has on stage, then it gives any Rock fan the perfect excuse to go and see them live. The vitriol and psychotic nature of these songs is thrilling in a warped way and the whole album is polished and alluring, making it highly recommended. Danko Jones recently headlined the Radio Rock Cruise in Helsinki, and have since finished up a European tour. They are currently touring Canada with with both US dates and European festivals to follow in the summer, so pick up Fire Music and catch them live. CrypticRock gives this album 4.5 out of 5 stars 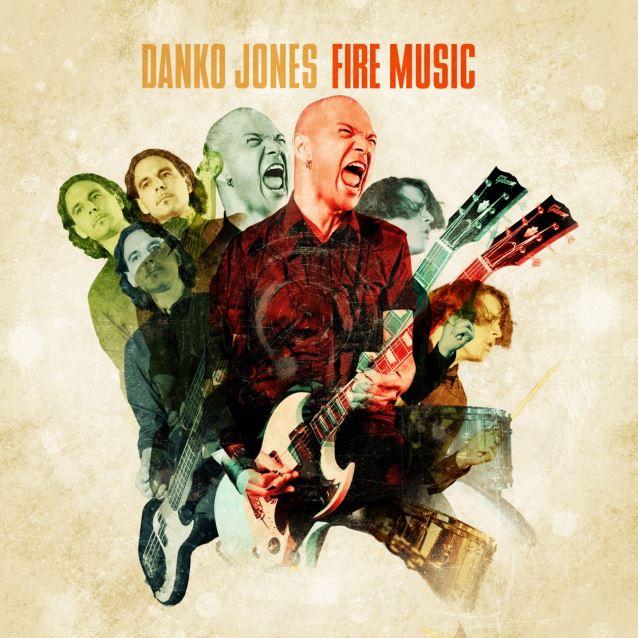