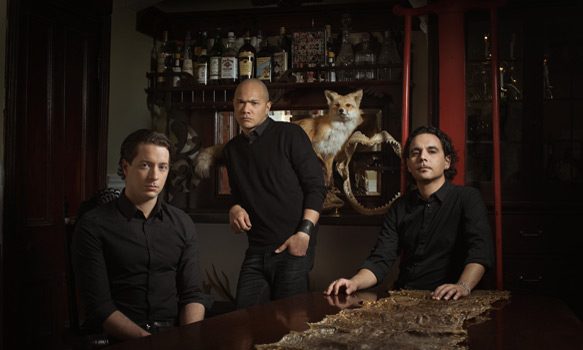 One of modern Rock-n-Roll’s most consistent forces, Canada’s Danko Jones has been plugging away for over two decades now. Paving their own path, the band has dished out some of the highest quality Hard Rock over that time including 2003’s We Sweat Blood all the way through 2015’s Fire Music. Touring machines, the tireless trio of Danko Jones (vocals/guitar), John Calabrese (bass), and Rich Knox (drums) are back again with their latest album, Wild Cat. Their eighth overall studio album, Wild Cat was released to the public on March 3rd via AFM Records, pulling no punches over an eleven track Rock assault.

Proving such, opening track “I Gotta Rock” acts like a class of toddlers on Red Bull, showing this band has more energy than most adults can handle and more attitude than a teenager who has been dumped in a tweet. Fast, furious, and energetic, the song is in your face and urgent, making it impossible to ignore. Then, “My Little Rock N Roll” is a lustful rocker with a singalong chorus that is sure to fire up the crowds live, a party anthem that infects the soul.

The theme of boys on tour, “Going Out Tonight” is a rebellious call to arms. A breezy celebration of nights out with your friends, it conjures up the feel of drunk guys having a great time, to pretend they are not really suffering. Changing the vibe slightly, elements of classic Thin Lizzy ooze from “You Are My Woman” with bluesy guitar licks and a sexual tension that lures the listener in and handcuffs them to the drum kit.

Proclaiming the band’s enjoyment of playing live, “Do This Every Night” is a rocket fueled, triumphant, and joyous declaration of how great touring and performing is. Then, “Let’s Start Dancing” takes the pace into over-drive like a Punk on a pogo-stick. So fast lyrically, it is almost Rap, but more melodic. Leaving listener’s breathless again, title-track “Wild Cat” keeps the endurance race going as the band shows no signs of letting up on the energy. Featuring artful guitar work, it demonstrates that under the bravado and brashness of the vocals, the band are seriously talented and accomplished musicians. This is before simple “She Likes It” portrays a message that is certainly clear while dishing out guitar work which is intense and seductive.

Offering up their bragging rights, “Success In Bed” could have been written for circa ’70s KISS because it is bombastic, sleazy, and delightfully fun. Thereafter, “Diamond Lady” tries on the mantle of a love song, but without becoming a ballad, it retains the million miles an hour pace, with a slightly poppy side. Ending the pummeling, “Revolution But Then We Make Love” is a song that tries to be grown up and deal with adult issues like global warming, but gets distracted by sex, like most teens, but hey, it is Rock-n-Roll!

Pure entertainment and enjoyment is abundant on Wild Cat. That said, Danko Jones holds no pretensions; they are fun, vital, and have a youthful vigor that belies their more mature ages these days, giving weight to the premise “that you might have to get older but you don’t have to grow up.”

All this in mind, listeners will need their running shoes on to keep up with Wild Cat’s pace that never lets up. In enough words, it would be hard to listen to Wild Cat and not feel great about life; it has such a jubilant air that you cannot help but smile. Although, behind all the fun lies some serious musicians who have crafted wonderful tunes, demonstrating real skills with their instruments, and they are not to be taken lightly, but are to be admired. A fantastic offering to shake audiences up and remind them that they do not have to be dull and serious all the time, CrypticRock gives Wild Cat 4.5 out of 5 stars. 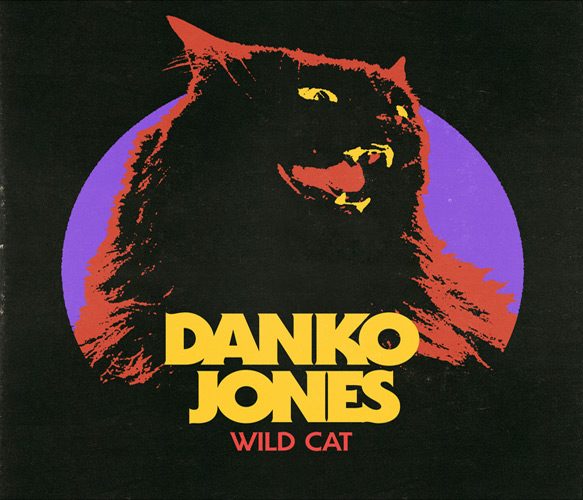 Danko Jones – Power Trio (Album Review) Norah Jones – I Dream of Christmas (Album Review)
Like the in-depth, diverse coverage of Cryptic Rock? Help us in support to keep the magazine going strong for years to come with a small donation.