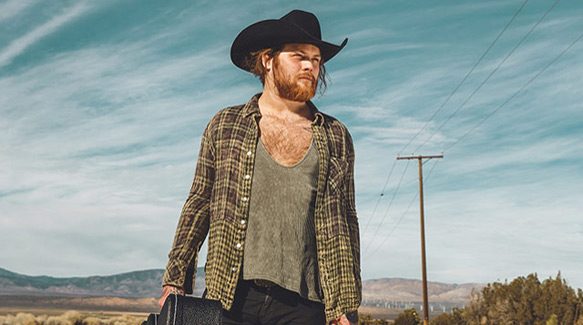 An immensely long history in music surely has its ups and downs. Trials and tribulations which can make or break someone, thankfully for Singer/Songwriter Danny Worsnop, life seems to have become so much richer as time goes on.

With a roller coaster of opportunities and a unique voice to showcase to the world, Worsnop is most known for his large role in the English Metal band Asking Alexandria. While his relationship with that group has grown, dwindled, and rekindled over the past eleven years of his life, the one aspect that has remained true through it all has been his passion for music.

Dating back to his earlier days, which were filled with reckless behavior, tattoos, booze, and a whole lot of Rock-n-Roll, Worsnop has catered to an audience of thousands with clever, bangin’ tunes, and a mouth like a sailor. While Asking Alexandria basically became his life, Worsnop put everything he had into the music he was creating, and it surely left a blazing trail.

After releasing a discography to kill, and not to mention playing show stopping sets to thousands of dedicated fans, it seemed to be an end of an era for Worsnop. Stepping away from the band to pursue other endeavors, his side project We Are Harlot soon became known.

While Asking Alexandria went on to deliver another record, Worsnop focused on this new chapter of his life with We Are Harlot. As if his skills were not already pronounced, the music that followed was surely a hit; only to head back to his roots the following year, Worsnop continues his legacy with both Asking Alexandria and We Are Harlot. While diversity rings true through the music of each group – one being Metal and the other Hard Rock – it was surely shocking to find another hidden project become known after so many years in the making. That would be Worsnop’s Country Rock debut, The Long Road Home. Hitting the public on February 17th via Earache, the new solo album is nothing less than striking.

Kicking off with “Prozac,” it is a slow, melodic piece that highlights a large portion of Worsnop’s life – as does the entirety of the album. All too real, lyrics “We medicate until we’re stabilized” hit close to home for some, already making The Long Road Home more personal than anything released by Worsnop before. Way more upbeat, “Mexico” is fun and entertaining, showcasing catchy lyrics and great instrumentation. To perfectly sum up this track, “I don’t know about you but I got to get away from this hustle and bustle…I’m driving my ass to Mexico,” beautiful Mexico is surely the place to be. Completely outdoing himself, “I Feel Like Shit” highlights Worsnop’s raspy vocals and amusing personality. Fast-paced and absolutely hilarious, this track is true work of musical genius, making it one of the best thus far.

With a true Southern feel, “Anyone But Me” is slightly depressing and tells the tale of heartbreak. While most can relate to this piece, the overall composure is not the best and takes away from the song, leaving it with notable lyrics, great vocals, and well played instrumentation. Getting right back on track, “High” reaches an all time low; “The good days seem so far away from where I’m standing.” As usual, Worsnop’s beautiful vocals ring through, making the piece emotional and loved even more by listeners. Showcasing a ravishing guitar solo and truly mastered lyrics, this song just might be a new favorite. Absolutely compelling, “I Got Bones” is unique and completely enthralling. Memorable, expansive, and utterly brilliant, Worsnop just about outdoes himself with each and every piece through the entirety of The Long Road Home.

Slowing things down a bit, “Quite a While” is raw, real, and breathtaking. Focusing on a topic Worsnop has not really touched upon before, the piece goes on to tell a story about the struggles of opening up to faith. A true masterpiece, it is unlike anything he has ever done before and will surely shock listening in all the right ways. Picking the pace back up with fantastic instrumentation, “Don’t Overdrink It” is another entertaining piece, talking all about booze; “I know Whiskey ain’t the answer but it’s damn sure worth a shot.” Bouncing with energy, this track is sure to get one off their feet and singing along in no time. Telling a story of strength, “I’ll Hold On” is all about loss and overcoming it; something most listeners can relate to in their own personal ways. Truly beautiful, this piece is surely a show stopper.

Coming to the closing of a great record, track number ten is all about “Beautiful Women.” With intense harmonies and incredible orchestration, this piece is one of a kind and definitely stands out among the rest. Filled with passion and fueled by life, Worsnop’s The Long Road Home is absolutely killing it and the last two tracks amplify that by hundreds. “Same Old Ending” has a true Country sound and sums up the album to be a bold and introspective delight. Progressive and invigorating, “The Man” is fresh, funky, and unforgettable; a true work of Country Rock art to end a seriously phenomenal record.

Truly brilliant, this record is unlike anything ever expected from Worsnop. Inspirational and truly from the soul, The Long Road Home will be an instant favorite for any fan of his music. Always seeming to take things a step further, CrypticRock gives Danny Worsnop’s The Long Road Home 4.5 out of 5 stars. 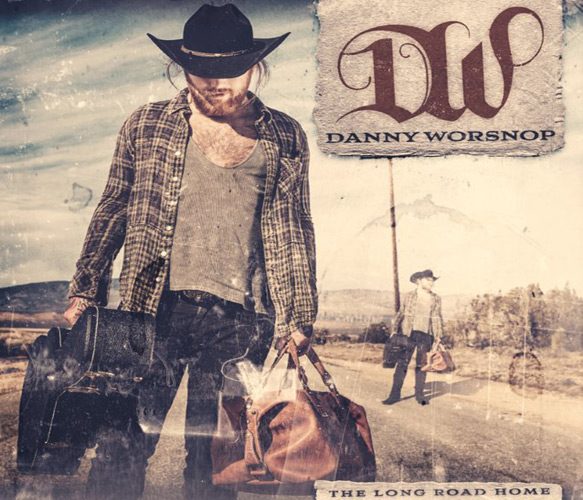 Mr. Bungle – The Night They Came Home (Album Review) Danny Elfman – Big Mess (Album Review)
Like the in-depth, diverse coverage of Cryptic Rock? Help us in support to keep the magazine going strong for years to come with a small donation.