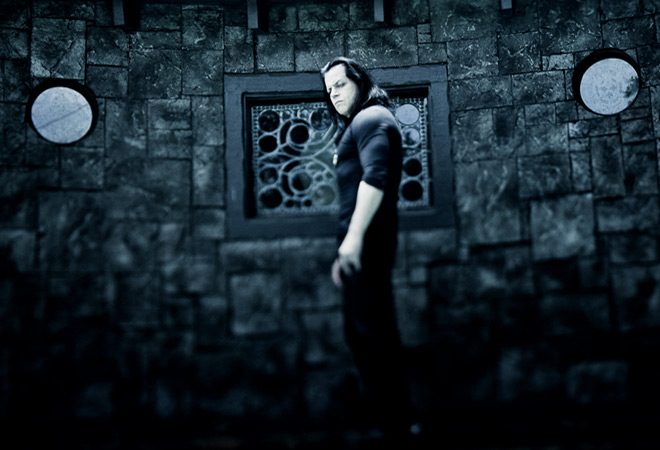 Hard to imagine a more complex character in the music industry than the one and only, Glenn Danzig. Most would be merely content in influencing one genre, Danzig on the other hand changed the face of multiple styles with a collection of tracks which still are a source of influence.

In 1977, Danzig formed, along with Jerry Only, the legendary Punk/Horror band the Misfits, their image adorned by spikes, devil-locks, and make up only helped fuel their fast-paced Horror masterpieces about zombies, Vampira, martians, etc. While many punks and none punks alike had no idea what to make of them back then, the Misfits’ music stood out in every sense of the word.

Granted Punk influenced bands like AFI, Pennywise, and NOFX have paid tribute to The Misfits, it is remarkable how many outside the genre have come to admire this body of work having been covered by Prong, Therapy?, and of course Metallica. Immediately following the Misfits break up, Glenn Danzig established a band which would serve as an experimental bridge between the Horror/Punk sound of the Misfits to the Metal laced DNA of Danzig, Samhain. While the lifespan of Samhain may not have been more than four years, the growth and development to the sound Glenn was bringing is unmistakable. Albums such as 1986’s November Coming Fire conveyed the message loud and clear, a new day is on the horizon for Metal.

The new days arrived on the back of Danzig’s debut self-titled album in 1988. Armed with songs such as “Am I Demon,” “Twist of Cain,” and of course every MTV enthusiast’s favorite “Mother,” Danzig’s longevity was more than cemented. Follow up releases in 1990’s Lucifuge and 1992’s masterpiece How the Gods Kill only helped establish Danzig as a musical force as well as a sort of iconic position. As Glenn built a career which included a Comic book company, some acting, and of course touring, it seemed after 2004’s Circle of Snakes that the revered frontman was taking some time off from album releases. Then, in 2010, fans were rewarded for their patience with one of Danzig’s best releases to date, Deth Red Sabaoth. The album featured a return to the raw Blues sound which had cemented the Danzig legacy so many years ago.

After another lengthy touring schedule for the album, and fans getting their nostalgic wishes granted with the return of the original Misfits, Danzig released his first ever covers album in 2015 called Skeletons, and rumors circulated about a new full-length album. Now, on Friday, May 26th of 2017, fans will see those rumors come to fruition with the release of Danzig’s eleventh studio album, Black Laden Crown.

For those who were blown away by the raw energy of Red Deth Sabaoth, it was fair to wonder what new approach Danzig would take to production with this release. Released via Nuclear Blast, as Black Laden Crown kicks off with a musical procession on the title-track, coursing with Glenn’s staple haunting mid range vocals, it is clear the production again was going to be a whole new aspect to this album.

Quickly picking up pace, the follow-up track “Eyes Ripping Fire” spews a raw edged sound that has its moments, it is overshadowed by Danzig’s vocal production almost covering the crunching riffs below it. When the album hits the track “Last Ride,” the listener is exposed to that classic Danzig sultry Blues driven sound that will peak even the most hardcore of Danzig fans. Granted, while the general course of the album with tracks such as “But a Nightmare” and “Witching Hour” convey a much more mid tempo album than its predecessor Red Deth Sabaoth, the fault in the album is more in production than anything else, as often the music and vocals seem to be fighting for dominance instead of complementing each other.

Musical evolution may be a gospel many preach, few practice it like Danzig. When albums started going in the direction of overly produced, the band went ahead and stripped their process down. When Metal went into a more flashy style of play in the ’80s, Danzig brought it back to the dark Blues influenced art it was. Granted Black Laden Crown, production wise, may not be as strong of a release as fans are used to, it still has its moments of greatness which should not go unnoticed. This is why CrypticRock gives Black Laden Crown a 3.5 out of 5 stars. 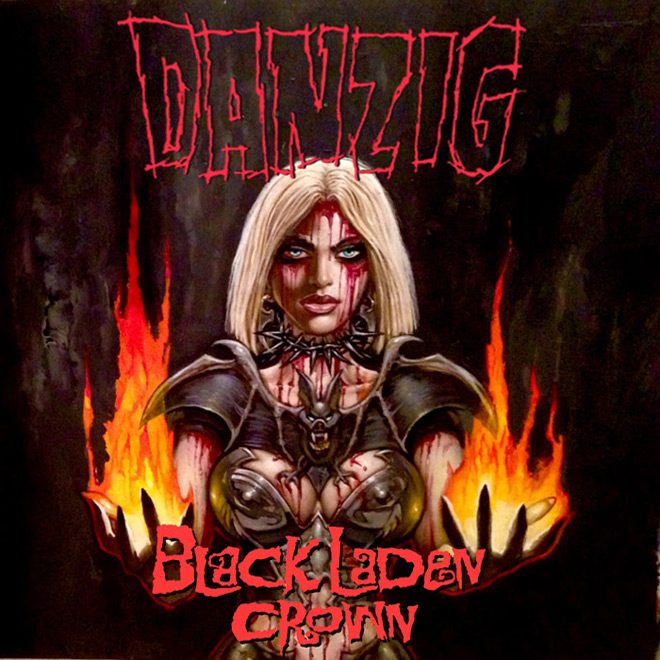