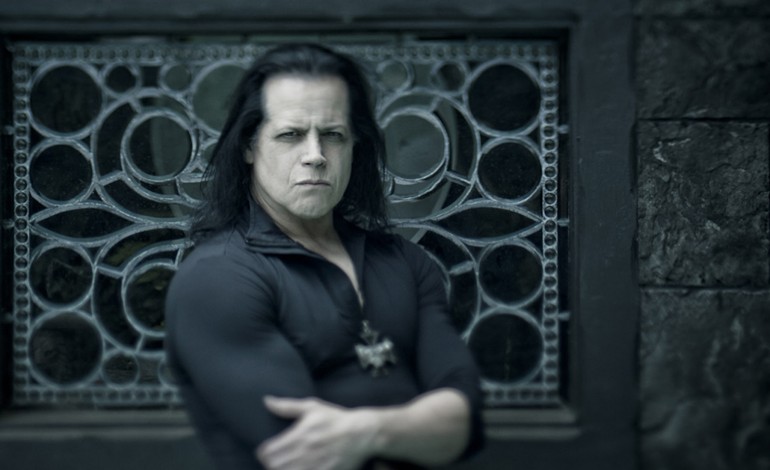 Since coming on the scene as vocalist of Punk Rock legends Misfits, Glen Danzig has been one of the most recognized voices and faces in Rock over the past three plus decades. Rising from the ashes of Glen Danzig’s former band, Samhain, New Jersey-based Heavy Metal band Danzig, named so at the request of producer Rick Rubin, has blown the minds and ears of listeners beginning with their 1988 self-titled debut on Rubin’s Def American Recordings. Their debut album would become their best-selling album to date, going gold in 1994, then, platinum. Two years later, Danzig II: Lucifuge dropped, which did not sell as well, but is considered better than their debut album in a lot aspects. In another two years, Rubin was starting to bow out, so Danzig added his name as co-producer on the band’s third album, Danzig III: How the Gods Kill.  This album featured fan-favorites such as “How the Gods Kill” and “Dirty Black Summer.” Following the release of 1994’s Danzig 4, the next two years would see Danzig go through some major changes, and in the Fall of 1996, they would emerge with a new lineup releasing Blackacidevil under a new label. Since releasing a variety of strong records ranging from 1999’s 6:66 Satan’s Child all the way through 2010’s Deth Red Sabaoth, Danzig has challenged listeners through it all. Now, in 2015, Danzig; featuring Glenn Danzig, Tommy Victor on lead guitar, Steve Zing on bass guitar/backing vocals, and Johnny Kelly on drums/percussion, is back with their tenth studio album, Skeletons. Their first studio record in five years, it hit shelves on Black Friday 2015 and was produced by Glen Danzig on his Evilive label with distribution via Nuclear Blast Records.

Skeletons is a ten-track cover smorgasbord that spans a twelve (1962-1974) year period of music history beginning with “Devil’s Angels.”  On casual listening, “Devil’s Angels” could be mistaken for a Ramones cover with the cadence and Danzig’s vocals, but it was originally sung by Davie Allan & the Arrows from the 1967 film of the same name.  Barring the forty-eight year span and the advances in sound technology, Danzig’s cover is a tad slower with fuller guitars while retaining the Arrows signature distortions in the end. Next, “Satan’s Sadists” is a cover of Paul Wibier’s 1969 “Satan.”  Danzig’s version does not have the ambience-setting sound effects intro that Wibier’s has, but he retains the Blues flavor with a heavy, whiney metallic guitar riff while his voice is rich with a heavy Blues drawl that makes one feel they are listening in a ’60s coffee house.  Moving on to “Let Yourself Go,” originally done by Elvis in 1968, again barring the forty-seven year space, with Danzig’s vocals, he is practically Elvis’ twin.  This hyped-up, metalized rendition riffs its way through the piece as the drums drive with the same rolling beat. It is a toss-up between Black Sabbath’s 1970 “N.I.B.” and Danzig’s cover. Putting age aside, Danzig goes for a harder, more metalized Blues intro riff than Sabbath’s straight Blues riff. Again, Danzig’s is layered, guitar-laden, which just serves to show the modernization of the piece while his vocals give a different darkness than Ozzy’s higher pitch.

Aerosmith’s 1974 “Lord of the Thighs” gets the modernized treatment as Danzig has added a plucky riff throughout the track while, again, making it a harder Blues melodically. Danzig’s voice has a gruffer “come here” inflexion to Tyler’s “come hither” drawl.  Stepping away from the sexy is The Litter’s 1967 “Action Woman;” a hard driving, drum-wise, piece of masculinity as said drums beat cadence like a guy with the single thought of getting some, also reinforced by Danzig’s take no prisoners voice. “Rough Boy,” ZZ Top’s 1986 hit, is the only track to break the era range of the album.  Danzig’s cover turns the poppy original into a power ballad with riffs galore and a Doo Wop flavor.  Danzig’s vocals carry all the theatrics like he is serenading someone for the show.  The band’s punked out cover of The Troggs’ 1966 “With a Girl like You” is interesting, because the original is the farthest from Punk in every sense of the genre with its love song, Swing melody.  The Young Rascals’ folksy, psychedelic 1967 “Find Somebody” gets turned into a straight away layered Metal piece with clean leading guitar riff while the drumwork retains a hint of psychedelia while Glen’s vocals do take on that retro feel.  Finally, Danzig’s take on the Everly Brothers’ 1962 ballad “Crying in the Rain” is a piano-led affair with a Gothic flavor.  It is simple with the most sentimental feel of the lot.

Danzig has said he wanted to do a cover album like this for the longest. Well, it has paid off.  While retaining the core melody, Danzig has modernized and paid homage to each track with fun results.  CrypticRock gives Skeletons 5 out of 5 stars. 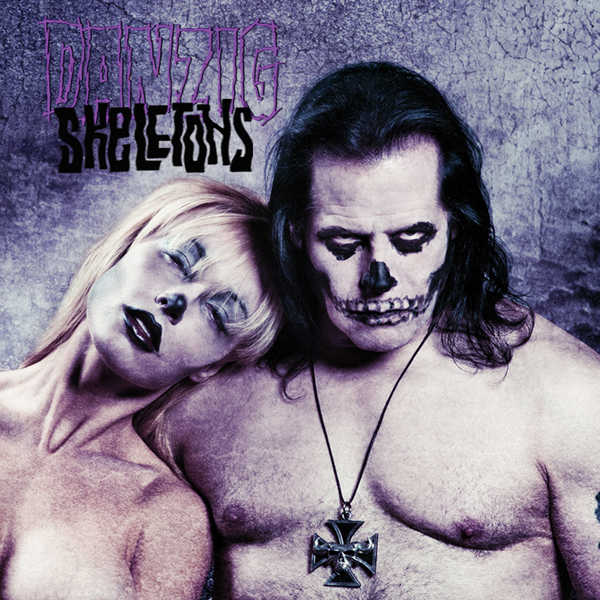