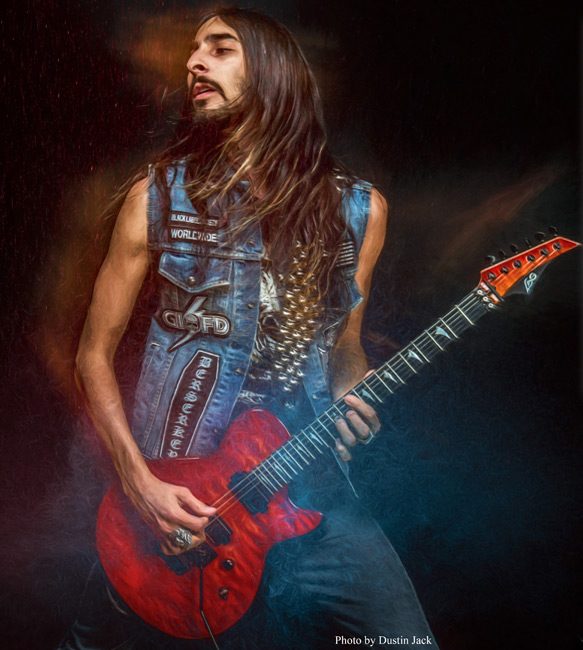 Some individuals are so talented, there are undeniable forces impossible to content. Known for his incredible ability on the fretboard, at only 16 years of age, Dario Lorina joined up with Jani Lane of Warrant. Blowing everyone’s socks off, the late Lane stated, “Dario Lorina, playing it the way it should be played.” Quite an endorsement, from there, Lorina moved on to join Lizzy Borden 3 years later, and, since 2014 has settled into place as Zakk Wlyde’s rhythm guitarist in Black Label Society.

Still quite young, yet having accomplished so much, Lorina mixes various styles from shred guitar to vintage styling, offering up a truly distinct flavor for fans. Now back with his second instrumental album, Death Grip Tribulations, via Shrapnel Records on February 24th, Lorina shows fans once again, how a guitar should be played. Working with Alice Cooper and Avenged Sevenfold Engineer Fred Archambault, Lorina left no stone unturned on the quality aspect of the album.

Twelve songs of instrumental ecstasy, fiery guitars introduce “Rituals” as a strutting beat stirs images of someone taking care of business. Darkly dramatic and emotional, “Echoes Of A Stone Heart” is a detailed masterpiece as the guitars, drums, and bass seem to sing their own sad story. Moving on, “Two Fifty” is a gritty and rough track featuring Phil Campbell of Motörhead serving up pure heaviness.

Keeping the energy high, “Guardian” crashes in with incredible guitar work before the dusty, dystopian “Waves Of Nostalgia.” Coming in with echoing, fuzzy effects, a feeling of struggle is felt as once again the music speaks a thousand words. Changing it up, like lovers dancing, “Heart Of Night” descends with textured piano before a heartbeat comes in, creating the vibe of a lifetime passing by. Returning to the heavier side of things, “Fire Sign” picks up the speed while periodic machine-gun drumming projects a feeling of facing one’s fears, or perhaps overcoming an obstacle.

Then there is soul-filled title song “Death Grip Tribulations,” which comes in hard with mounds of heart while shadowy vibes play around incredible ripping guitar solos. Switching things up, “Same Dice” takes a classy turn with heavy Jazz influences while Rock guitars add a different twist, creating the mood of a James Bond movie. Lonely and dismal, “Hollowing” reaches down to the bottom of the black barrels of emotion, and by the end, when all hope seems lost, there is light peeking out of the darkness. This is before crashing beats and screaming guitars dive back in on “Perigee,” and “Distant Shores” rounds out the album with a great buildup of tension for a steady energy.

While there are no vocals to be found on Death Grip Tribulations, the instrumentals tradeoff for the lead often, giving the feeling of lyrics where there are none. Truly talented and skillful with his guitar, Dario Lorina shows off exceptionally well, but also puts together a delightful soundtrack. A record open to interpretation, Death Grip Tribulations is a masterful piece of work well-worth listening to numerous times. CrypticRock gives this album 5 out of 5 stars. 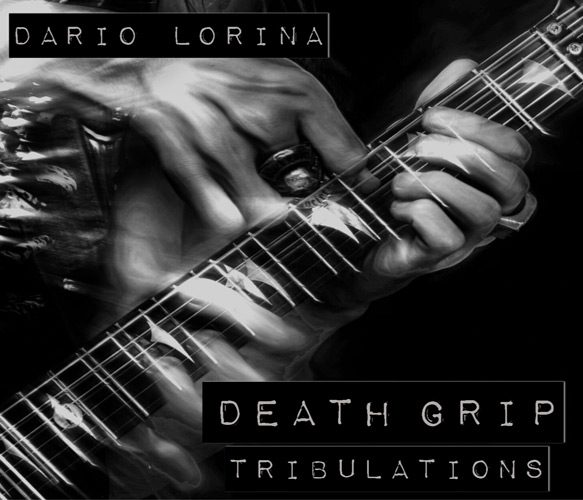