“When single shines the triple sun, what was sundered and undone
shall be whole – the two made one, by Gelfling hand or else by none.”

On Friday, December 17, 1982, The Dark Crystal hit theaters across the U.S., introducing the world to a plethora of bizarre and haunting new characters from the genius minds of Jim Henson and Frank Oz. Unfortunately for fans across the pond, they would have to wait until February 17, 1983 for the film’s UK release. 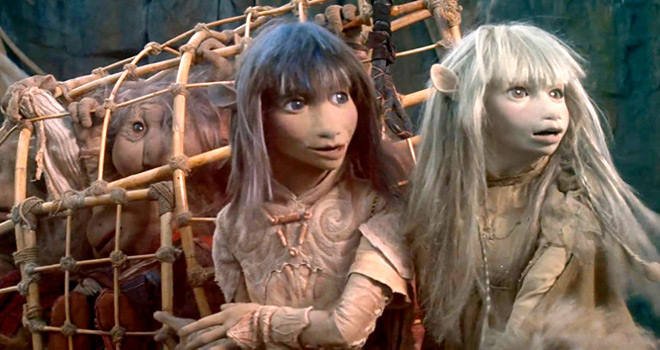 The Dark Crystal tells the tale of Jen (voiced by Stephen Garlick), a lamb-faced, elf-like male Gelfling, who was taken in by the Mystics when his family and clan were killed. The Mystics – a race of slow-moving, peaceable, armadillo-like wizards – are one of two races that appeared a thousand years ago on the planet Thra when a magical crystal cracked. The second race, the Skeksis, are a ghoulish race of creatures that are part vulture, part Junk Lady from Labyrinth, a dab of dinosaur, and a cake crumb of Marie Antoinette, all embedded in malevolent bodies that draw energy from the Dark Crystal.

As the Mystic master lies on his deathbed, he implores Jen to heal the Dark Crystal and bring peace before the planet’s three suns align in The Great Conjunction; if Jen fails, the Skeksis will rule forever. The first stop in this darkly dangerous journey is to find the astronomer Aughra, who holds a shard that, when reunited with the much larger Crystal, will bring peace to Thra once more. What Jen finds is that Aughra (voiced by Billie Whitelaw) – part Star Wars’ Admiral Ackbar along with Yoda, part Dionne Warwick – is a quirky seer whose brain just might be located in another galaxy. Somehow, however, she manages to produce a basket of shards and, with the vital puzzle piece in hand, Jen departs for saner pastures.

Back at the Skeksis’ castle, their Emperor has passed onto the hinterlands, and a battle for supremacy has ensued with the remaining nine creatures – Chamberlain, The General, Garthim Master, Scientist, Ornamentalist, Gourmond, Historian, Slave Master, and the Treasurer. The General wins the battle for power and, ultimately, exiles the awkward Chamberlain (voiced by Barry Dennen) from the realm. Taking his scepter of power, The General – now aware that a Gelfling is attempting to foil the Skeksis’ reign – dispatches the Garthim – gigantic, metallic tick-like cretons – to capture Jen and bring him to the castle. 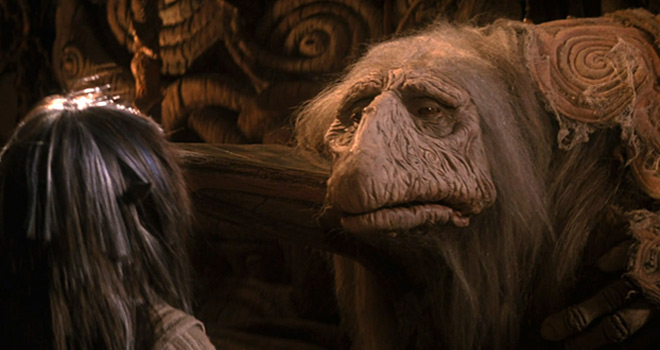 In his travels, Jen encounters Kira (voiced by Lisa Maxwell), a beautiful young female Gelfling who was rescued by the Podlings – a race of Gypsy-flavored, potato-faced Cabbage Patch dolls – and communicates with animals, namely her best friend and pet Fizzgig. For his part, Fizzgig (voiced by Percy Edwards) is a little furball that’s part Chewbacca and part Furby, with a mouth like Return of the Jedi’s Great Pit of Carkoon and the loyalty of the family dog. Together, the pair befriend Jen and accompany him on his quest to unite the shard with the Dark Crystal.

The ensuing adventure amounts to a happy ending and includes some seriously bizarre creatures, from the Salvador Dali-esque Landstriders to evil-eyed Crystal Bats, and the UrSkeks, a kind of Marvel Comics’ Groot meets the Snow Miser amalgamation. The puppetry and design behind The Dark Crystal was, in fact, the film’s strongest point: its animatronics were considered groundbreaking at the time. Fantasy Artist Brian Froud, the film’s primary conceptual artist, was well-known for his intricate and distinctive fairy and dwarf designs and that shows in the attention to every, beautiful and minute detail throughout the film.

The Dark Crystal was released to some 850+ North American theaters on December 17, 1982. Though the film would go on to make nearly $41-million throughout its box-office run, its initial appeal was somewhat sullied due to its dark nature and parental concerns. Of course, it did not help that its direct competition at the theater was the mega-hit Tootsie, along with the already massively successful and beloved E.T. the Extra-Terrestrial. Despite mixed reviews and scaring the bejesus out of many little children, The Dark Crystal would go on to be the 16th highest-grossing film of 1982. 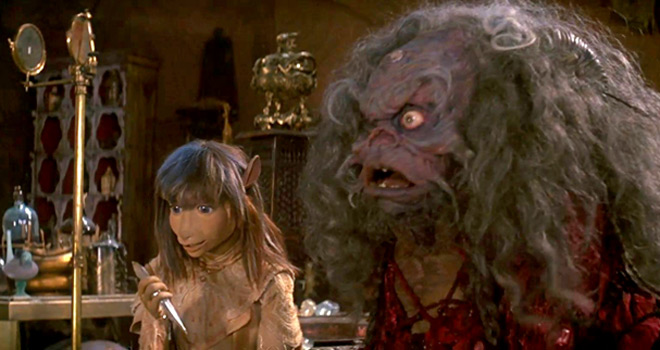 It is no shock, therefore, that The Dark Crystal has gone on to influence many artists across an immense field of genres – there are Dark Crystal children’s books, video games, board game and role-play games, perfume, comic books, and even songs inspired by the film and its myriad of quirky characters. In 2014, the SyFy original series Jim Henson’s Creature Shop Challenge aired an episode entitled “Return of the Skeksis,” wherein competitors had to work in teams of three to create and build a new Skeksis character. Keeping the legend alive!

Of course, the ultimate for any Dark Crystal fan was the recent news, in May 2017, that The Jim Henson Company in association with Netflix will be producing a prequel series entitled The Dark Crystal: Age of Resistance, with shooting scheduled to have already begun. Written by Jeffrey Addiss, Will Matthews, and Javier Grillo-Marxuach, while directed by Louis Leterrier, the ten-episode series is said to explore the world created in the original film.

At thirty-five, The Dark Crystal stands up as a superb representation of a Fantasy Adventure that, while a bit visually horrifying for its intended audience, remains a beloved childhood favorite for those that were brave enough to soldier onward. Its puppetry and animatronics are superb, and there is such attention to detail that – even after countless viewings – there is always something new to observe. Whether you related to Jen and his quest or simply adored that little ball of crazy known as Fizzgig, you loved the world in which Mystics and Skesis ruled and magic was at the center of it all. 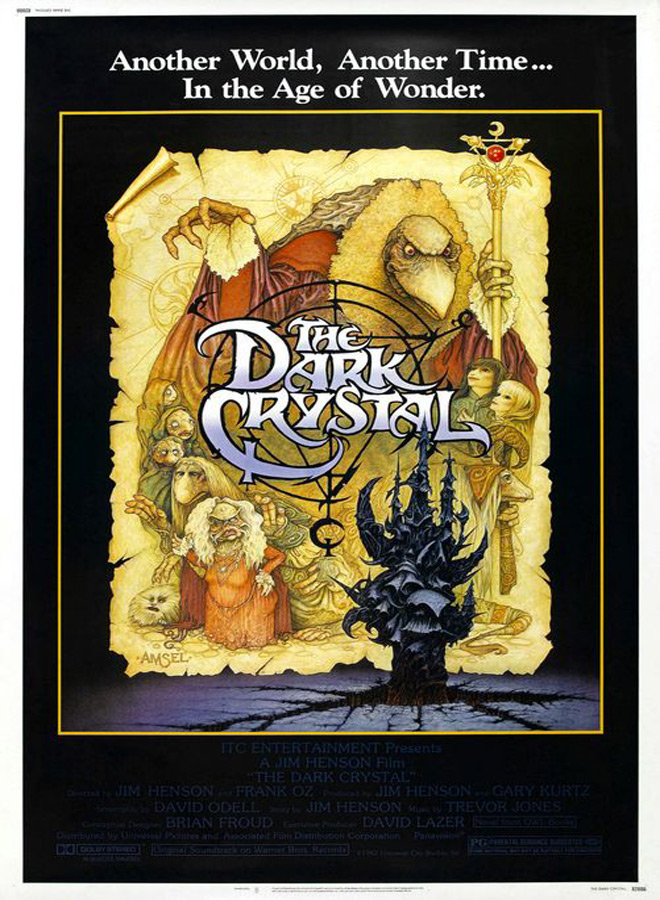