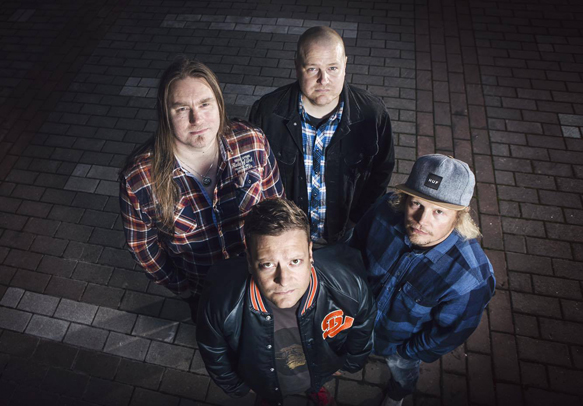 Helsinki/Lahti, Finland-based Heavy Metal band Dark Filth Fraternity (DFF) came together in 2004 with former Entwine and Before The Dawn member Panu Willman on vocals and guitars, his brother Riku Willman on drums, Heikki Iso-Sipilä on vocals and guitars, and Henri Räsänen on bass when the music stars aligned. Quickly, the band released their independently-produced 2004 EP, Cleanse My Soul.  Then two years later, Dark Filth Fraternity signed on with Rooster Records and unleashed their debut album, The Book of Clear Light. Following with Breathe Again in 2008, things were pretty quiet for a while with the band. Then, after years of hard work and honing their music, Dark Filth Fraternity returned with vengeance on December 4, 2015 with their third studio album, Revolution Design. Released via Animalhouse, the 11-track album, produced by the band themselves, is sure to intrigue the heart of many Metal and Rock fans.

Setting Revolution Design on a rocking note is “A Shoutout” with the bass drum leading in and the guitars grinding. This opening track is an uplifting anthem of doing what you want to make your life fulfilling. Next, the album’s title track, “Revolution Design,” keeps the momentum going with a hard Bluesy melody that harkens to the ’70s, but modernized. This song piggyback’s off the previous one’s message, calling for people tear down norms to be part of revolution. Moving on to “For You to Throw Away,” the band keeps with the modernized retro melody with the twangy guitar that simultaneously grinds as the band sings about putting their feelings on the line to get them disregarded. “Circles” has a Funk vibe with a bit of a slower tempo. There is an ease to this track like in a lounge scene while the group emphasizes that it is never too late to start living life.  There seems a sadness or a sense of urgency to “Anni” from the first riff as the album’s pace picks back up. The melody picks up intensity as the tune progresses in this instrumental until, one-by-one, the instruments fade away.

“So I Say” keeps the album trucking with a grinding guitar intro while the drums fill nicely. In this track, the message is to not waste time, and make the best of life. Quietly, “Watch the Stars Fall” begins with an acoustic guitar with a mellow flavor as well as some nice drum reverb in the album’s second instrumental. There is a frontier vibe going on with this piece.  Bringing the tempo back up is the anthemic warning song “State of Grace” with some clean guitar work. The term “state of grace” seems to be a metaphor for complacency, which hampers progress. Towards the end, the guitar work sounds like shades of Metallica. A hard Blues melody brings in “Reaching for the Sun” and it  has a ’70s flare that pops up throughout the piece within the guitar solo while the band sings of fighting through the world’s darkness to find the light and attain goals. There is a heaviness to “Clockwork” as the acoustic guitar plays a low key solo. Willman’s vocal delivery is measured flat to elicit the ominous feeling of time ever ticking to death. Finally, “Rhodesi” finishes the album as hard as it came in with an instrumental that has subtle shades of “Iron Man.”  The drum seems to be ticking off time throughout the piece until the track opens up with a faster tempo, giving an urgency.

Seven years is quite a stretch between albums, but for Dark Filth Fraternity, it was well worth the wait. Panu himself stated about the layoff, “We all have been in and out of bands for 20 years, so a little time off once in a while is renewing.” With some detours to the dark side, Revolution Design is a positive message of making life be what you want it in a world that is hell bent on beating a person down. CrypticRock gives Revolution Design 5 out of 5 stars. 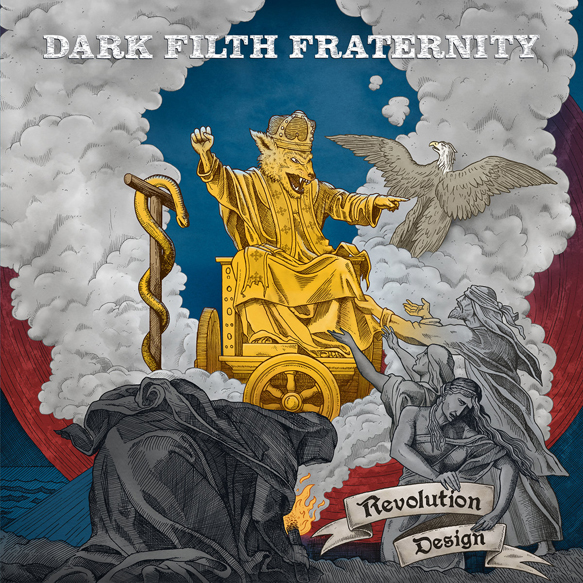