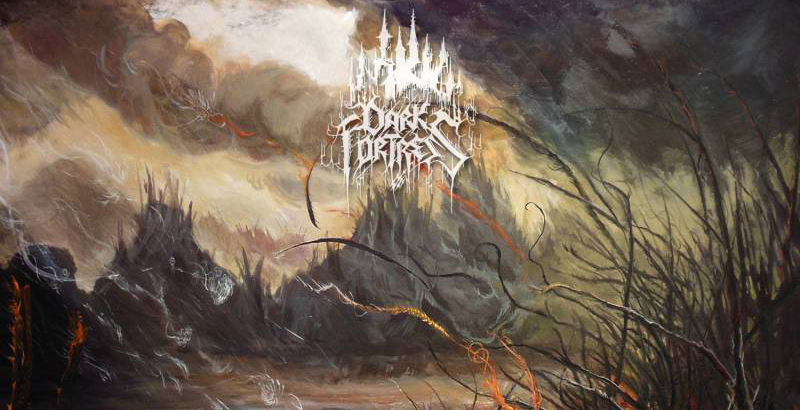 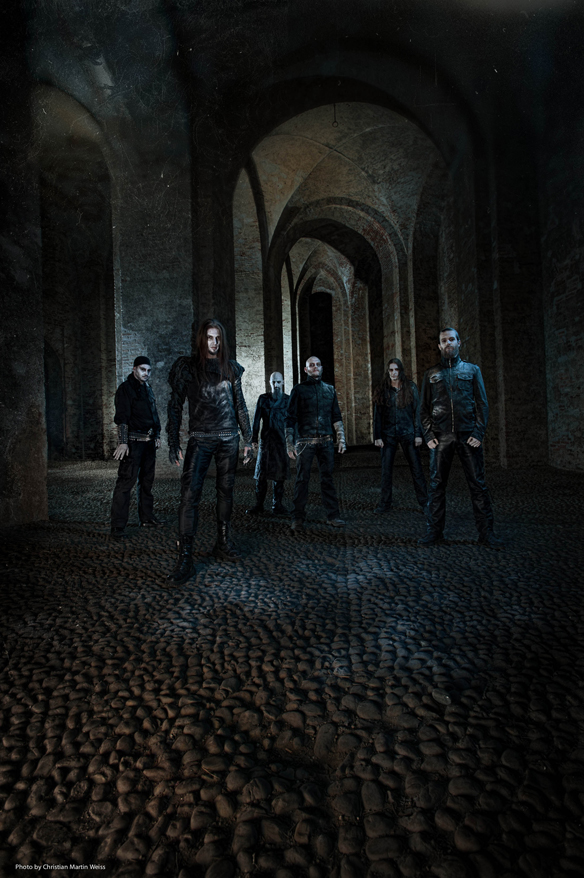 The German black metal band Dark Fortress joined together in 1994. In 1996, they released their first demo titled Rebirth Of The Dark Age, but it was not until early 1997 when the band established their first live line-up with the addition of a second guitarist and a keyboardist joining them. Releasing a few tracks via Fog Of The Apocalypse Records on a split MCD with Barad Dür titled Towards Immortality, the band followed with their first full length album after a few set backs in 2001 titled Tales from Eternal Dusk. Sustaining some line-up changes, they brought in a new drummer and guitarist to complete them, and finally with a stable line-up, they started performing live shows and festivals regularly. At the peak of their musical career, they then launched with two strong releases in 2003 and 2004.  German Rock Hard Magazine praised their work as “too good, too original and heavy to be ignored. Simply the best German black metal has to off!” The band became a part of mega metal label Century Media in 2006, and now, the band unleashes their seventh studio album Venereal Dawn.  Produced by the band themselves, this marks the third record with Morean on vocals.

With a dark beginning and vocals of Moreean that stand out just as much as the distinct sound of the band, “Venereal Dawn” sets the standards for the rest of the album. This track is followed by another track with a sound spectrum that send listeners out of this world called “Lloigor.” The hypnotizing sound that comes from this track is a pure and mysterious ecstasy that sends the mind into a viral trance, with melodic doomish guitars and bleak atmosphere.  Later on, the track title of “I Am The Jigsaw Of A Mad God” explains it all, jumping into the ears with killer drumming of Seraph and guitars of  V. Santura and Asvargr, which complete this beautiful filth of their creation. Then, they slow down the horror fest by a few notches with alluring acoustic guitars, “The Deep” has a wicked, yet powerful presence about it.  This type of track is something Dark Fortress can offer fans, providing their ability to capture dark elements in a variety of ways.  This also appears as a final track, rendered strictly as acoustic.  Floating down a foul river bank of amazing talent, “On Fever’s Wings” brings the instrumental section to an entirely new level. With the obsession of it never ending, it brings for an amazing closure to Veneral Dawn.

Veneral Dawn takes its audience out of this world to a reprobate realm, and there is no question Dark Fortress has yet out done themselves while keeping true to their German, black metal roots. With enchanting key work by Paymon that creates a daze of amazing and steady sound, this album will keep fans begging for more.  CrypticRock gives Veneral Dawn 4 out 5 stars. 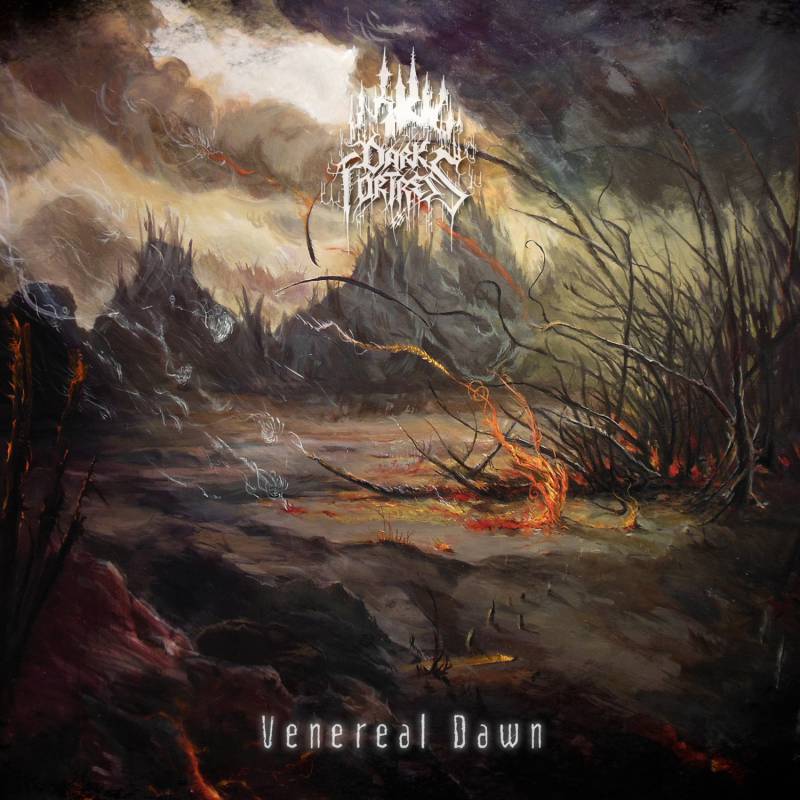