Dark House is the latest movie by writer/director Victor Salva (Jeepers Creepers 1 & 2, Powder 1995, Clownhouse 1989) and the debut of writer Charles Agron which was released in March. Charles makes a cameo in the movie as Lucky. Starring Saw series horror movie veteran Tobin Bell as Seth, Dark House tells the story of troubled young man Nick Di Santo played by Luke Kleintank (1000 to 1 2014, Bones, No Ordinary Family 2010) who has mysterious powers. Able to tell how and when people die, and disperse fire and energy when angry or scared, his loyal friends stay by his side on the proviso he never uses his powers on them. 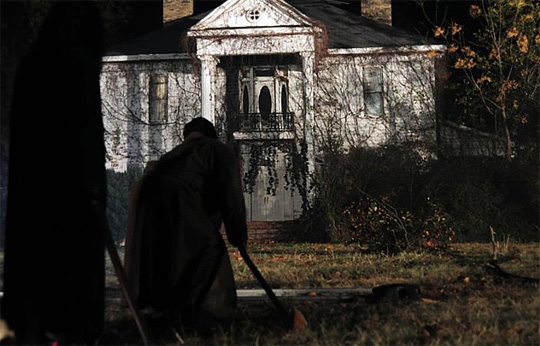 After his institutionalized mother Lilian played by Lesley-Anne Down (Sunset Beach 1997, The Bold & the Beautiful, The Pink Panther 1976,) dies as Nick predicted eight months earlier, he learns that he has inherited a house, one which has mysteriously drawn him since he was a child, and in it he hopes to find answers regarding his absent father.

Nick, his very pregnant girlfriend Eve played Alex Mckenna  (What Women Want 2000, The Stupids 1996, Joey 1997), and friend Ryan played by Anthony Rey Perez (Carry On 2008, The Forgotten Coast 2009, Don’t Pass Me By 2013), set out on a road trip to find the house. Along the way they encounter resistance from locals who tell them it was washed away and destroyed in a huge flood.  Despite this, Nick manages to run into a Roadway/Parks Management team, comprising of Lilith played by Lacey Anzelc (Hamlet`s Ghost 2014), Chris played by Zack Ward (Transformers 2007, A Christmas Story 1983) and Sam played by Ethan S Smith (I Love You Man 2009, Recount 2008), who advise him they have seen the house and will take him to it.

Weird things start happening when Nick and his friends approach the creepy dilapidated building. A deep ominous voice tells them to leave and not come back, but after Nick insists on some answers a cloaked man named Seth comes bounding out of the house commanding them to leave, and they take the threats seriously,  after being attacked by a bunch of hunchbacks wielding medieval weaponry.  A deadly game of cat and mouse between the house, its evil occupant, and Sam and his friends begins, leading Nick to face his frightening true heritage and make some compromising choices.  With Nick consumed by the house and his life long quest, it is up to Eve to quickly find out who she can trust and try and save Nick before it’s too late. 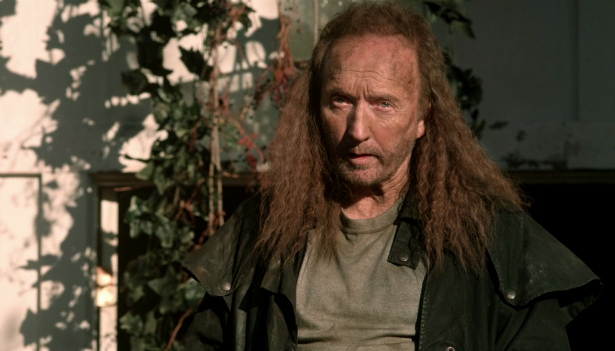 Dark House has a religious base that quickly becomes evident when the age old battle between good and evil begins. When the good guys look like extras from The Hills Have Eyes (2006) and the bad guys look like average Joes, it can get a little confusing as to who is on what side. This movie has a strong and interesting story until 3/4 of the way through, when the plot oddly drops away and is replaced by horror movie cliches. As strong as the acting is, it unfortunately is not enough to carry the intensity of the film all the way through, leaving the ending feeling rushed and viewers let down. The fact that the big bad evil guy can only talk to people through the heating vents is also a little distracting and strange.  However, the musical score by Bennett Salvay who is known for his work on Jeepers Creepers 2001, Full House 1987 and Step by Step 1991, does help the atmospheric suspense throughout the movie.  Dark House certainly does not compare to the first Jeepers Creepers movie or its sequel, but it is worth at least watching once. Horror junkies may have some affection for this film.  CrypticRock gives Dark House 2.5 out of 5 stars. 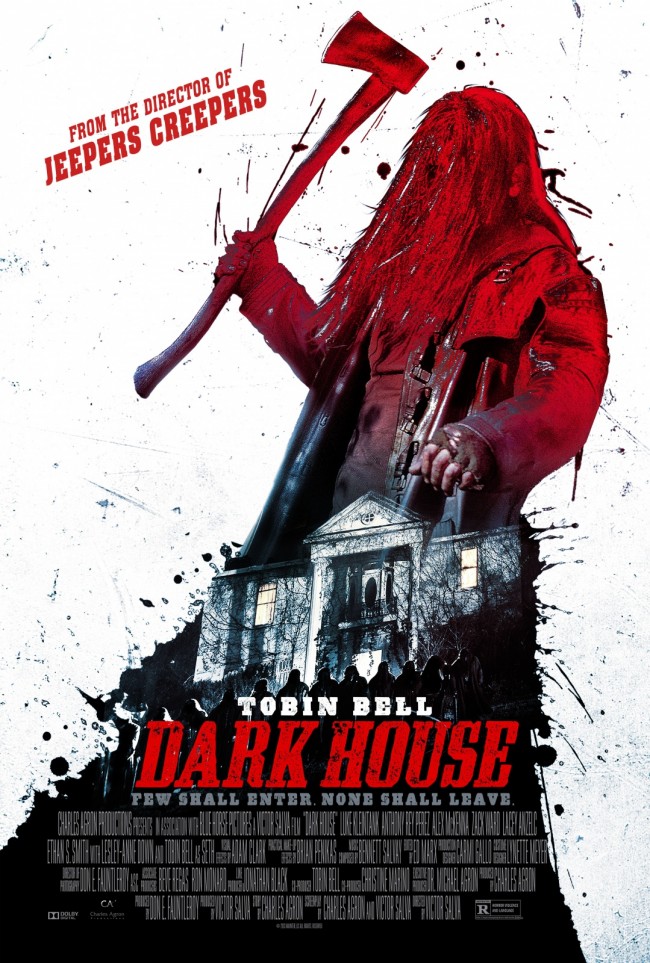 Purchase the film on Blu-ray or DVD at Amazon here.