With the success of series films such as Twilight, many writers and directors have cashed in on the concept. Latest Horror movie release Dark Moon Rising, also known as ‘Les Wolf’, is touted as the first in a Werewolf trilogy. Released on August 4th ,2015 in the United States, Dark Moon Rising has two notable stars, Eric Roberts (Runaway Train 1985, The Dark Knight 2008) and Tae Bo creator Billy Blanks (The Last Boy Scout 1991, Kiss The Girls 1997).

Written and directed by Justin Price (The Cloth 2013, Snare 2014), Dark Moon Rising has an impressive title sequence, promising of things to come. Set in modern day in small town America, a young man, Chace (Cameron White: Joshua Tree 2011, The Cloth 2013), has never felt like he belonged. When he meets Dawn (Stasi Esper), he begins to see that perhaps the reason he felt different was because he is different. From their first meeting, it is apparent that Dawn has strange otherworldly powers, but she does not hurt him. 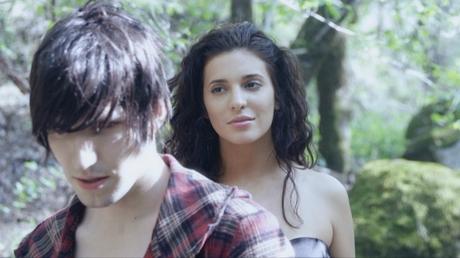 Simultaneously, a pack of Werewolves led by Sin (Justice Price), aided by Kaio (Khu: The Cloth 2013, Just Our Luck 2015) and Gecko (Matthew Simmons: Californication 2012, Operation Repo 2013), are on the search for a long prophesied girl re-born only once every 2000 years. If the pack captures her before she attains full formed Lycan, she will become the alpha leader of the pack. They hope to capture the girl and her incredible power before she can use it against them. During the search for her, the pack regularly kill and maim townsfolk. What the pack does not realize is just how powerful the girl is, nor that she is Dawn. To further complicate their pursuit of her, they discover that Chace is exactly like Dawn. If they are able to gain control of both the chosen ones, the pack would be unstoppable.

The pack are a force to be reckoned with, slashing and thrashing their way through town. Chace and Dawn continue to develop their friendship while avoiding being pursued. Fortunately, Chace meets a woman named Danse (Timea Saghy: A Big Love Story 2012, The Developer 2013), who brings him to meet her father, Henrick (Eric Roberts), an alcoholic and former Vietnam vet. Henrick and Danse have their own dark history with the pack and Sin, and are driven by their own motivations. Chace also has the assistance and backup of Sheriff Tom (Billy Blanks), and a variety of townsfolk who are aware of the demonic underlying presence in their town. As Chace and Dawn become stronger, so do the pack, and before long, the two group’s objectives intersect, putting them all in danger. Each side suffers losses leading to the open, climatic ending. Who will survive?

The initial sequence before the film begins is quite spectacular, and instills in the viewer a promise of exciting things to come. Unfortunately, it was the best part of the film. The cinematography by Khu, who also plays Kaio, is shaky and unfocused at times. A considerable amount of the film takes place at night, and low budget lighting makes it difficult for the viewer to make out what is going on. The special effects are also a tremendous let down, with some of them being barely above a child’s Halloween costume. When these effects are combined with unnatural stiff dialogue and stuttering action sequences, it is incredibly hard to watch. There is no depth to the characters, and although there are stakes and challenges they must face, the viewer does not care. Spoken internal dialogue to express when the characters are thinking, has a jarring effect, and pulls the viewer out of the story. The acting is lackluster and the plot is hidden behind a bunch of backstory, and drawn out scenes. 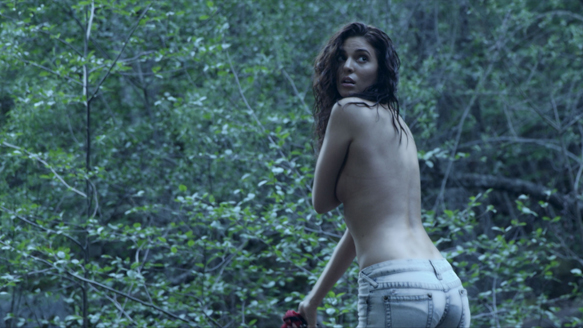 There is still the requisite underlying theme of young immorality and promiscuity thrown in, that further detracts from where Price may have intended. Sadly, not one to watch, but hope the next installment is more successful. CrypticRock gives Dark Moon Rising 1.5 out of 5 stars. 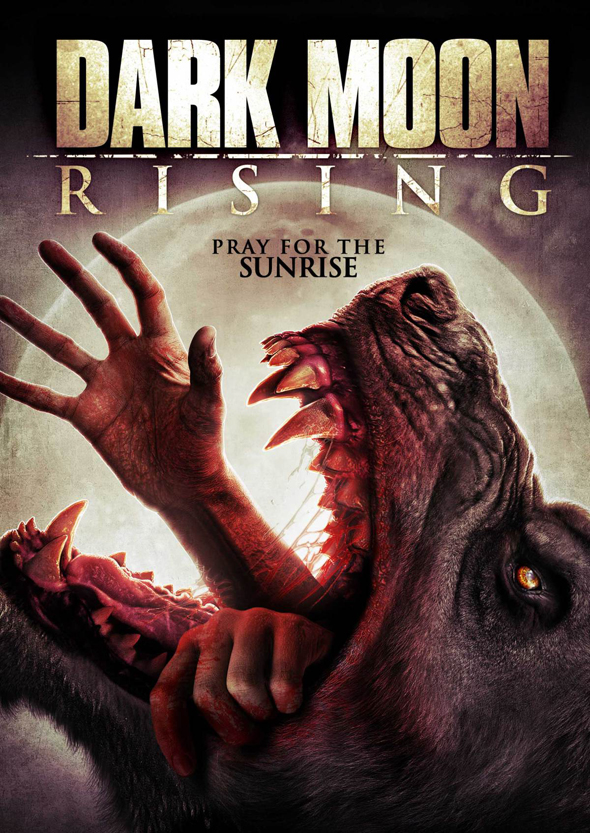