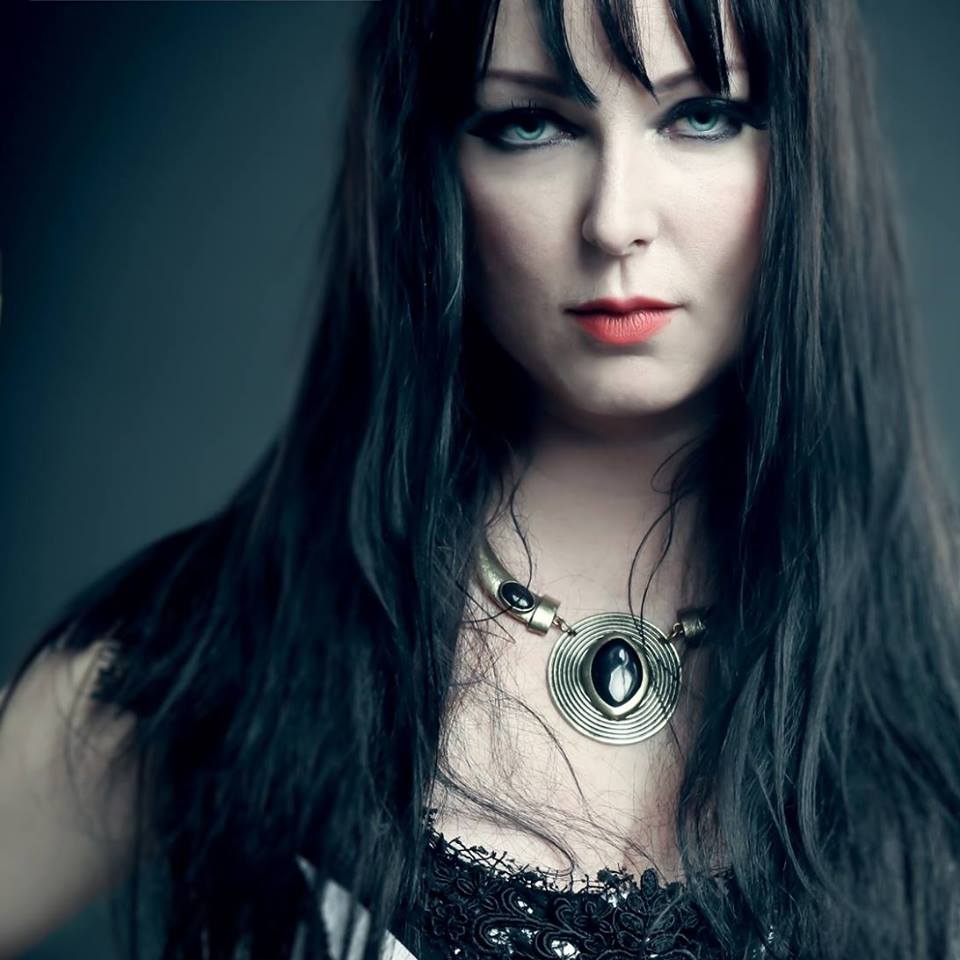 When one door closes, another opens for Finland’s Heidi Parviainen with her new band, Dark Sarah. A Classical singer and vocal teacher, Parviainen was a part of Amberian Dawn from 2006 to 2012, and upon their split she began to focus on her solo career. Now releasing her new band’s debut album in 2015, entitled Behind the Black Veil, Parviainen symbolically describes her feelings about ther break up of Amberian Dawn, as this album’s tells the story of a bride who is left at the altar, and instead of breaking down, she turns to her vengeful half: Dark Sarah.

Released May 8th via Inner Wound Recordings, Behind the Black Veil is a resounding mix of Symphonic Metal and lighter music as the melody shifts along with Sarah’s suffering mood swings. The album theme is built around the character of Sarah, who tells her story with dialogues in the form of duets with featured vocalists Manuela Kraller from ex-Xandria, Inga Scharf from Van Canto and Tony Kakko from Sonata Arctica. As far as the band, joining Parviainen is Erkka Korhonen and Sami-Petri Salonen on guitars and Rude Rothstén on bass, as well as Lauri Kuussalo on drums. Special guest artist appearances include U.D.O.’s guitarist Kasperi Heikkinen, Winterspun’s bassist Jukka Koskinen and Thy Serpent’s drummer Teemu Laitinen.

The first song, “Save Me,” introduces the story of Sarah’s battle between good and evil as she begs for liberation, but eventually the sinister Dark Sarah wins out. Parviainen’s angelic voice and dramatic chorus begin the record in a grieving, oppresive, effectual fashion. “Poison Apple” is about the bittersweet revenge planned for the man who left Sarah, and the theme is immensely somber as well as mystic. Next, “Hide And Seek” is a more peaceful, calm song, with Parviainen’s lovely, sopranic voice lilting over the instrumentation. “Memories Fall” features the aforementioned Kraller for a duet, and their voices dance gracefully together in this operatic, dramatic aria.

Moving right along, “Evil Roots” has Sharf playing the role of The Queen of No Good. The overall feel of the cut will remind listeners of earlier Nightwish. It is gripping, melodic, and pulls the listener in the same way The Queen of No Good attracts the damaged Sarah. Continuing this dramatic story is “Violent Roses” as Sarah notices that all her beautiful blossoms are dead, invigorating her desire for retaliation. “Hunting the Dreamer” continues on the same powerful, theatrical path with a chorus in Finnish, bringing a subtle, exquisite mystique to the song. On the heavy “Fortress,” Sarah begs for release but her cries are left unanswered, her attempts in vain. On a brighter, faster note is “Silver Tree,” followed by “In Sun, Moon and Stars,” where Parviainen’s beautiful, skilled voice takes lead. The piece “Light In You” features Kakko and it is a touching duet of two exceedingly brilliant vocalists. Keeping the story balanced, “Sarah’s Theme” is a calm, lightly keyed song before the penultimate track, an orchestral reprisal of “Memories Fall” that resonates profoundly with the listener. The last song is a humorous, climactic, Tim Burton-esque version of the traditional winter holiday song, “The Twelve Days of Christmas,” titled “A Grim Christmas Song.”

Behind the Black Veil is a cohesive piece, not just fourteen songs thrown together in a random order. The album is like an orchestral look at Brothers Grimm’s stories enhanced and designed for the twenty-first century. This album is a fantastic, new project to add to the ever growing Metal scene, marrying both good stories and great music into one tenacious storyline. All of the songs are written astoundingly well around Sarah’s grim story of her wedding day abandonment, along with her struggle between trying to stay pure while being tormented with thoughts of an evil revenge. The only flaw in this album is the unknown future of Dark Sarah’s next album. Will they be able to come up with a sequel to Sarah’s story? What does the future hold for this tortured antihero? There is no doubt that the tale will be compelling to hear when it happens. CrypticRock give Behind the Black Veil 4.5 of 5 stars. 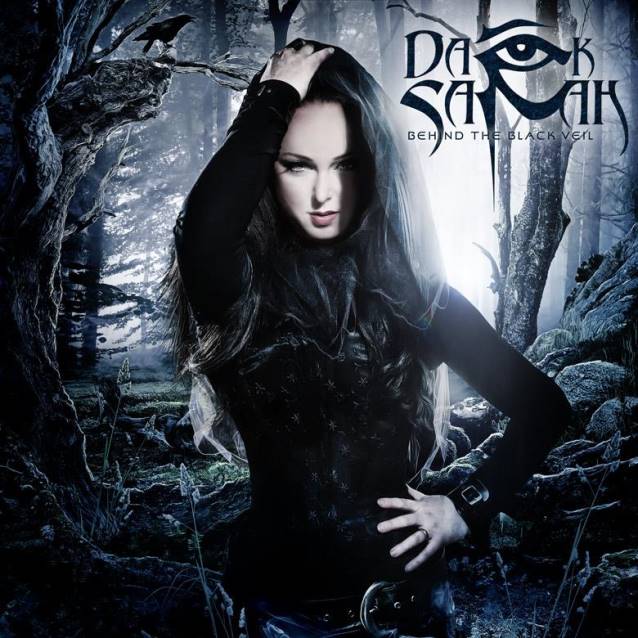