There are some things in this world which are not meant to be known to everyone or seen by everyone, things so dark that the effects of watching such disturbing phenomenon could actually generate an inexplicable change within the viewer. The Dark Tapes truly possesses this very real power, a power which is capable of turning any nyctophile into a nyctophobe in a matter of 98-minutes flat, and leave those who once took pleasure in the comfort and serenity they found in the dark, and pervade them with the fear of unforeseen malevolence which potentially lurks in its mysterious obscurity. 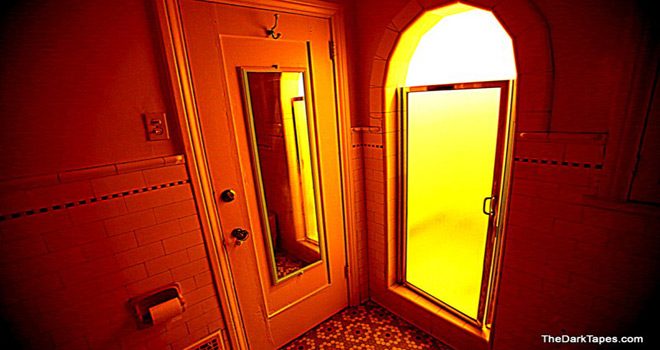 The Dark Tapes is a Found Footage anthology that embraces a plethora of elements indicative of Horror, Sci-Fi, and Thriller films, including serial killers, creatures, demons, ghosts, ghouls, evil, murder, gore, and the list goes on. Receiving a limited release in Los Angeles, California, on March 17th, The Dark Tapes will be made available on VOD platforms on April 18th via Epic Pictures.

Armed with a limited budget, Writer, Director, Editor, and Cinematographer Michael McQuown bursts onto the Horror scene with his genre-defying debut feature film that could easily be classified as one of the best Indie Horror movies of 2017. He successfully explored the supernatural, paranormal, and mythical by utilizing his raw and untapped potential to create a modest, yet effectively fear-inducing film, or rather an experience, which any Horror, Sci-Fi, or Thriller fan would greatly enjoy and appreciate.

While McQuown directed the majority of the segments included on The Dark Tapes, famed Makeup Artist Vincent J. Guastini (Dogma 1999, Requiem for a Dream 2000) made his directing debut with the segment titled Tape #01 – To Catch a Demon. It was exciting to see these two newcomers emerge onto the directing scene with such ambition and vision, able to effortlessly translate their ideas into immersive, interesting, independent, yet interlocking stories that left viewers with chills and the hairs standing up on the backs of their necks. 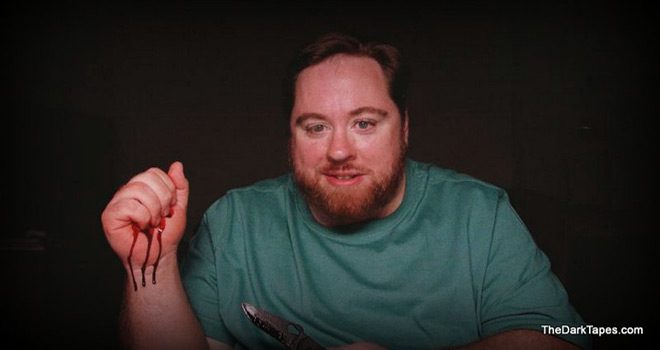 The Dark Tapes centers on four interconnected stories including Tape #01 – To Catch a Demon, Tape #02 – The Hunters and the Hunted, Tape #03 – Cam Girls, and finally, Tape #04 – Amanda’s Revenge. It also includes the short but purposeful Tape #00 – Discovery of Dark Tapes.

Tape Two stars Shawn Locke (Tides 2014, In the Light of Day 2013) as new homeowner, Karen; Stephen Zimple (Bigger is Better? 2004, Premonitions 2005) as her husband, David; Jo Galloway (The Escort 2012, Masters of Sex 2014) as paranormal investigator, Susan; Clint Keepin (Bullets 2012, Psychotic! 2016) as co-investigator, Cameron; and Jonathon Biver (Professional Friend 2013, The Online Gamer 2011) as tech guy, Geoff. This story involves a young couple being tortured by presumed paranormal activity, and who then procures the help of a team of paranormal investigators to rid the house of the unwanted entities; but who exactly are the hunters and what is really being hunted?

Tape Three features Emilia Ares Zoryan (Bosch 2016, V/H/S: Viral 2014) as webcam girl, Caitlin; Anna Rose Moore (Patient Seven 2016, The Bridge 2014) as fellow cam girl and lover, Sindy; and Aral Gibble (Prodigy 2017, Dial a Prayer 2015) as overzealous viewer, Gerry. This tape is about a couple of webcam girls that offer a free private session to one lucky viewer that they feel can be manipulated into committing disturbing and unthinkable acts for their own sick pleasure. 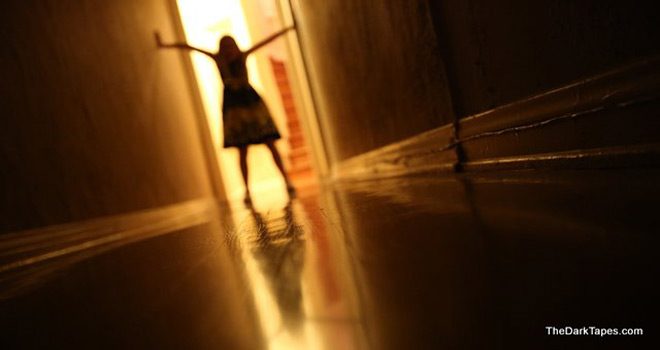 Finally, Tape Four stars Brittany Underwood (One Life to Live TV series 2002-2012, Hollywood Heights 2012) as the afflicted, Amanda; Jake O’Connor (Margaret 2011, Return to Sleepaway Camp 2008) as her dedicated friend, Ryan; Katherine Shaw (The Transplanters 2014, Lacrimosa 2016) as friend, Ashley; and David Hall (Crazy Ex-Girlfriend TV series 2015-2017, Sky 2015) as her other friend, Josh. This tale predominantly focuses on a young woman who is constantly experiencing what she describes as torment and torture from unknown beings that take her each night. In an effort to better understand what is happening to her, she enlists the help of her friends to verify and take revenge against those who afflict her.

Being a Found Footage film means having to rely strictly on sound effects, acting, and cinematography to properly tell each story with the necessary intensity and flow; and for which this film was very much successful at accomplishing. The subtleties created creepy, atmospheric horror, the implied horrors created anticipation, the sound effects instilled paranoia and fear, the camerawork created suspense, the actors/actresses adequately brought to life the multitude of characters, and the special effects, which may have appeared minimal, were handled with such precision that anything more than what was used would have taken away from the complex, yet simplistic beauty of this film.

The Dark Tapes was perfectly paced to keep viewers engaged throughout and allowed the stories to progress and build to memorable and exciting conclusions with limited resources and brilliant direction, which is why CrypticRock gives it 4.5 out of 5 stars. 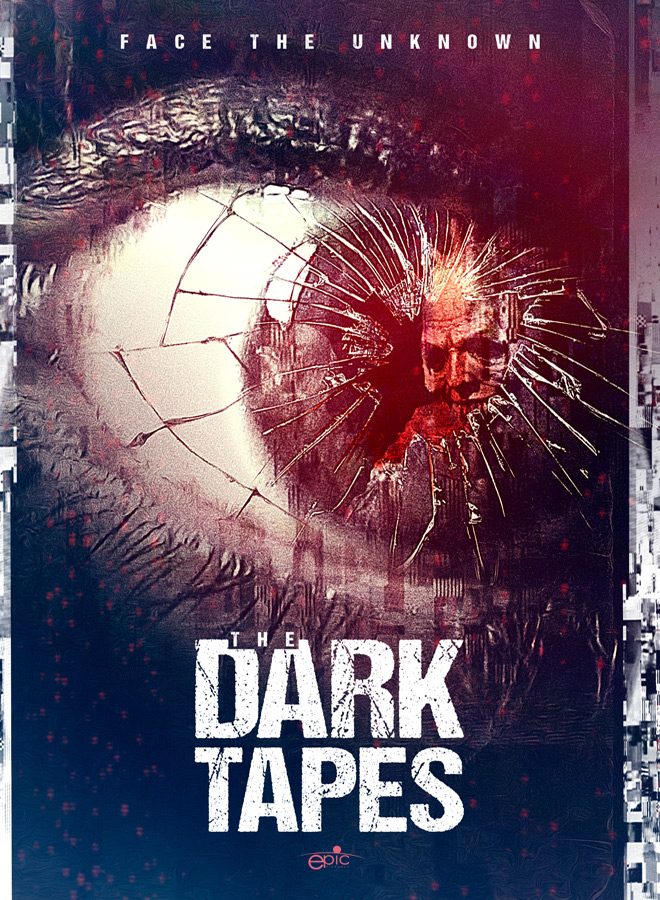