In recent years an influx of different countries have contributed fabulous horror films to the genre with new and exciting concepts. The film Dark Touch (2013) is more cinematic proof of a foreign influence on the horror film world. Written and directed by French native Marina De Van (Don’t Look back 2009, 8 Woman 2002, In My Skin 2002,and Under the Sand 2000), Dark Touch starts as a complicated and twisted story of an eleven-year-old named Niamh, played by child actress Missy Keating, and her family living in a remote town in Ireland. Featured at the Tribeca film festival in 2013, the film now becomes available to a broader audience with a DVD release in early 2014.

After a period of experiencing ominous night terrors, Niamh finds herself the sole survivor of a bloody massacre that results in the deaths of her parents and baby brother. Police suspect the horrific crime was committed by a gang of vandals and Niamh is taken in by her kind next door neighbors Nat played by Marcella Plunkett (Once 2006, A Kind of Hush 1999, Swansong 2009) and Lucas played by Padraic Delaney (The Wind That Shakes The Barley 2006, Blackthorn 2011, What Richard Did 2012), under the supervision of pregnant school social worker Tanya Collins played by Charlotte Flyvholm (Piccadilly Jim 2005). 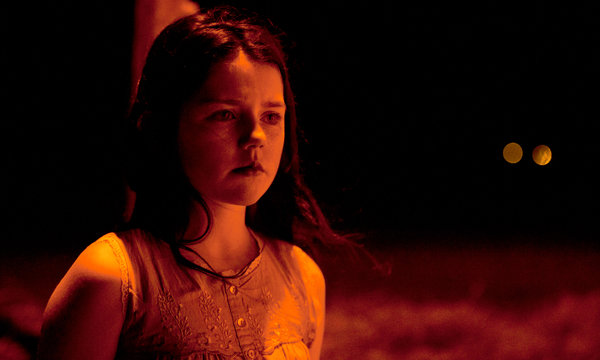 Despite the wholesome lifestyle of guardians Nat and Lucas, as well as Ms Collins’ calming influence, Niamh struggles to find peace with the trouble from her old home haunting her where ever she goes. Niamh first becomes convinced the house wishes to murder her family, but it is not long before she realizes the darkness she feels is coming from within her. Becoming aware, Niamh learns to control her powers with little hope left for anyone she comes in contact with. It is at this point the film takes a different turn as prepubescent Niamh grabs hold of not just her life but everyone else around her, leaving a bloody, gruesome trail of bodies behind her.

The tone and texture of Dark Touch is quite grim and gritty with barely a glimpse of light shining through. This unsettling feeling takes you down a bleak path of a disturbed and lonely existence. The musical score by French Composer Christophe Chassol (Asylum 2011, Mateo Falcon 2004, Our Day Will Come 2010), adds greatly to the dark elegance the movie radiates. With elements of Children of the Corn, Firestarter, and Carrie, you may find yourself confused at points in the film if you look too deeply, but its undeniable edge will keep you glued to the screen. CrypticRock give Dark Touch 4.5 out of 5 stars. 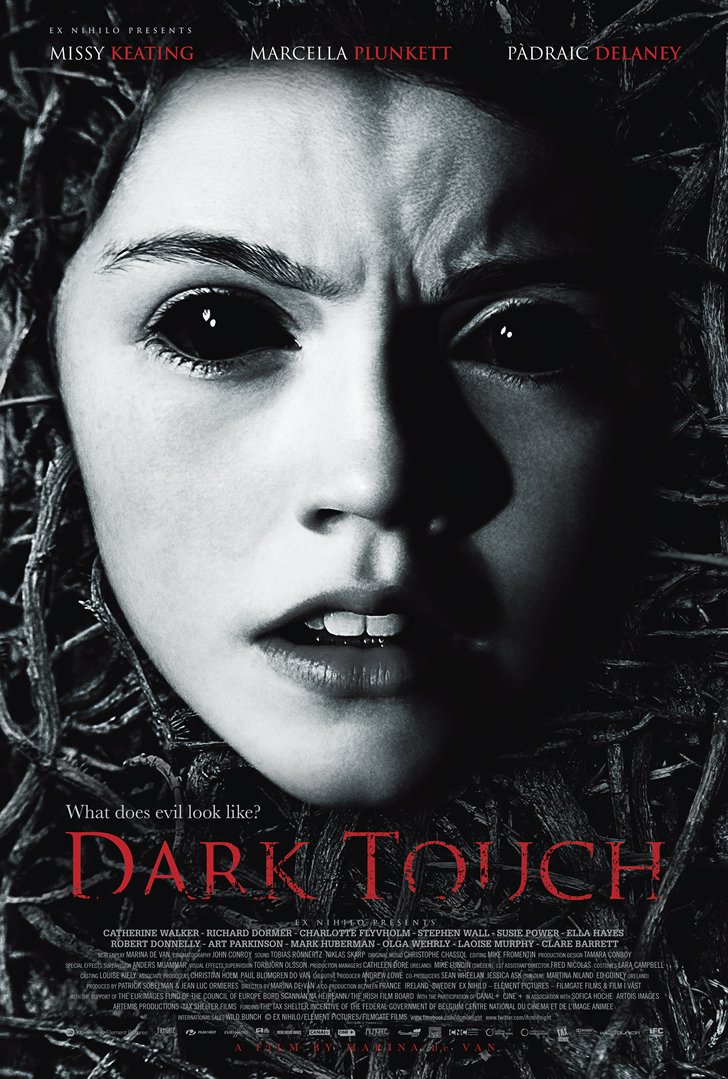 MPI HOME VIDEO
Review written by R.L. Andrews
Like the in-depth, diverse coverage of Cryptic Rock? Help us in support to keep the magazine going strong for years to come with a small donation.
Print page
0 Likes