Released in theaters nationwide on July 31, 2017 via Sony Pictures Entertainment, Nikolaj Arcel’s (The Girl with the Dragon Tattoo 2009, A Royal Affair 2012) The Dark Tower pits Matthew McConaughey (Frailty 2001, Interstellar 2014) and Idris Elba (Pacific Rim 2013, Star Trek: Beyond 2016) on a world-jumping collision course. The question: is the film enough to placate the hordes of ravenous fans who have been waiting for it? 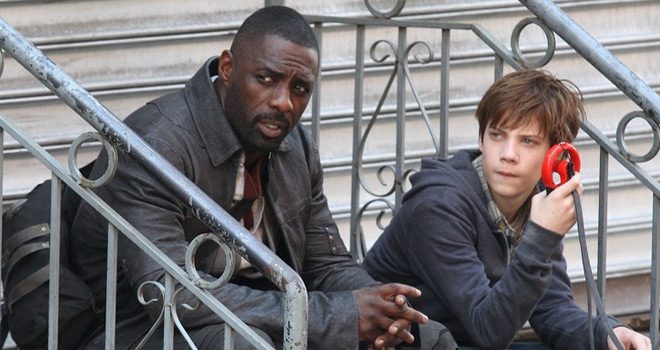 To say that The Dark Tower has been eagerly-awaited would reek of understatement. Based on the revered 8-book series by Stephen King, the hype for the film has been percolating at a low roar throughout its multitude of online fanbases for two years now. To his fans, it is arguably Stephen King’s most loved series – and as with any book with a large and dedicated fanbase – that means any film adaptation is going to be saddled with some baggage. This is doubly true for Stephen King movies, which already suffer from what could best be described as a somewhat spotty track record.

Objectively speaking, especially in the case of this film, due to a particular subtle plot point that means it can act as both sequel and adaptation; it is not fair to hold the movie to the standard of the book. The two are entirely different storytelling mediums, and thus it is not insane for the creative staff to elect to take two different approaches to the material. Such a film must be judged on its own merits by whether or not it successfully tells the story it intends to tell, not whether or not it’s an exact match up to what you can find within the pages of the book it’s based on. The Dark Tower unfortunately does not succeed on either of these fronts, because it has tried to adapt bits and pieces from all over King’s massive series, almost trying to tell the whole saga in one movie rather than acting as an introduction to a series. Therefore, The Dark Tower suffers from the odd problem of feeling overstuffed and flimsy at the same time. 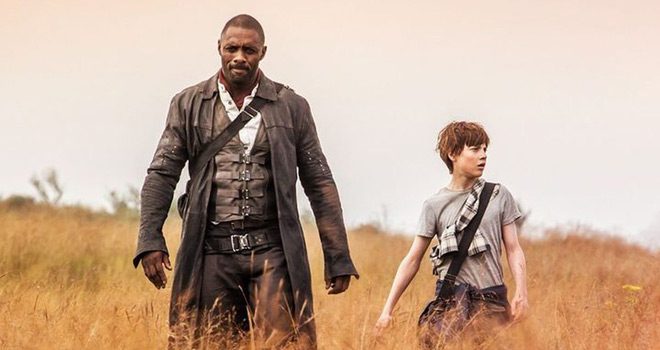 Much has been made of the film’s relatively short run-time, but with how the film sets out its concepts and its stakes, the run-time actually feels just about right. The film tries to introduce a thousand concepts but barely any of them have time to be explored to any significant degree; thus throwing the audience into the middle of a cosmic battle without giving them too much of an immediate idea of what exactly is going on. However, the way it’s handled here makes it clear that this was not the intention, and that the films ideas are just not fleshed-out rather than left intentionally vague.

It does not help that said concepts have been reduced to the most boilerplate “summer YA action flick” versions of themselves imaginable. In a world of countless Marvel movies and films with troubled teenage protagonists getting involved in otherworldly battles, seeing a fairly typical cast fight through mostly faceless hordes to stop a generic apocalypse of flashy colors does not strike a particularly creative note, doubly so when it’s executed in such a predictable manner.

On that note, however, The Dark Tower does find success in a few avenues of its visual design. Mostly in regards to character design related to the sequences in a parallel world known as Mid-World. The huge, intimidating guns of protagonist Roland Deschain are rendered beautifully, as are a myriad of other little details. A great amount of care clearly went into Roland’s design, and it strikes a noticeable contrast – the small-scale practical parts of the visual design are pointed and detailed, while the flashier, showier elements (such as the titular Tower itself) are put on screen with a minimum of inspiration. 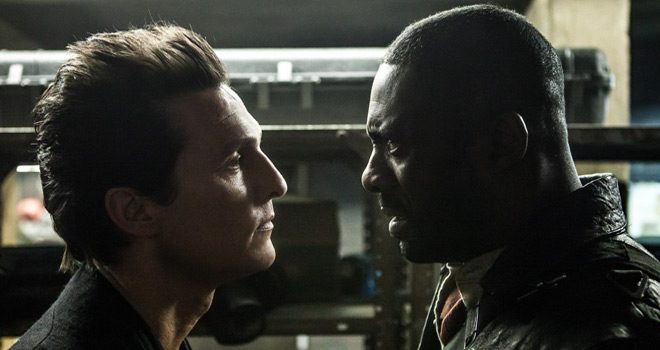 Standing above the muddled nature of The Dark Tower’s writing, however, are Elba and McConaughey, who make the film infinitely more enjoyable whenever they are on-screen. Both actors quickly find the specific strengths of each character, and McConaughey gives a performance that’s over the top without ever crossing the line into something tonally inappropriate. It often feels like a shame that these two actors takes on these characters are letdown by so much of the rest of the film; something that comes to the forefront whenever the actors are forced to deliver some of the ridiculously overly expository dialogue peppered throughout.

In many ways, that is an apt way to summarize much of the film. Even removing from it the context of the books it is based on, The Dark Tower is a collection of muddled concepts that never quite gel. It tries to take ideas that lend themself more ably to something more creative and forcing them into the mold of a generic summer Action film. For this, CrypticRock gives The Dark Tower 2 out of 5 stars. 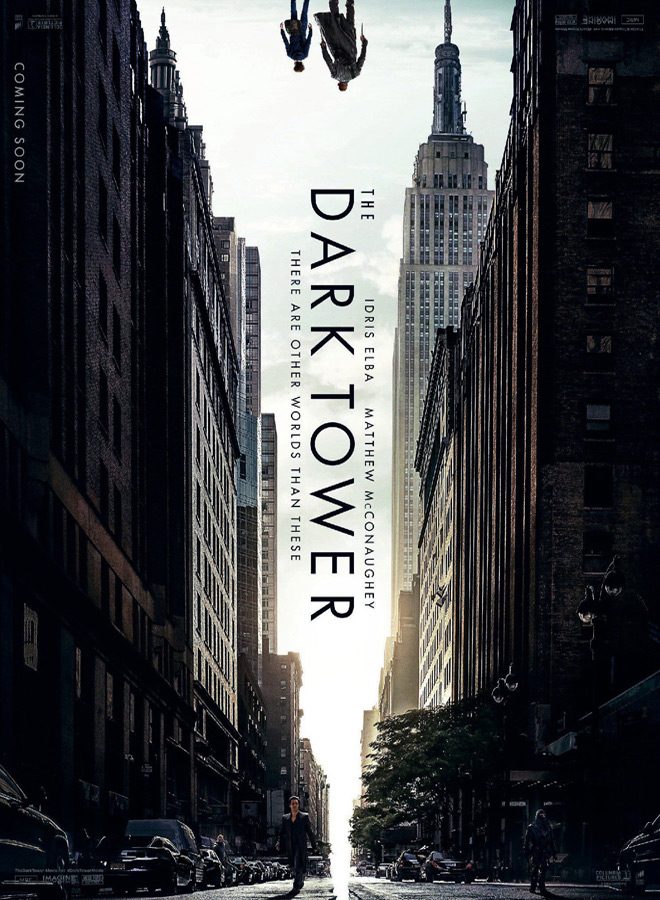