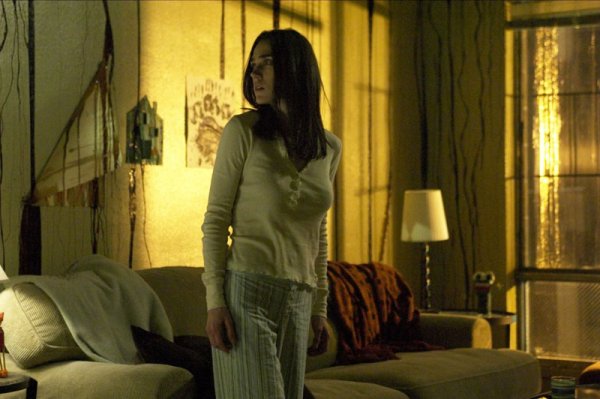 The American version of Dark Water centers on Dahlia Willams (Jennifer Connelly: A Beautiful Mind 2001, Labyrinth 1986), a woman in the middle of an embittered custody case and divorce. The young mother and her daughter, Ceci (Ariel Gade: Some Guy Who Kills People 2011, Call of the Wild 2009) rent a ninth floor apartment in a dilapidated building on New York’s Roosevelt Island. Five-year-old Ceci hates the place at first, but after finding a backpack of toys on the roof, she tells her mother she wants to stay. They ask the superintendent of the building, Mr. Veek (Pete Postlethwaite: Last of the Mohicans 1992, Clash of the Titans 2010) to hold the backpack for a week, understanding if unclaimed, it will belong to Ceci.

Once they move in, many odd incidents begin to take place. Water encroaches in the apartment building, dripping from the ceiling in their shared bedroom and creating puddles in the shaky elevator. Dark strands of hair come through the faucet and unsettling experiences in the laundry facility prove harrowing for Dahlia. She complains to the building agent, Mr. Murray (John C. Reilly: Step Brothers 2008, The Perfect Storm 2000), who insists that Veeck repair the damaged bedroom ceiling. After the fix, however, the problem worsens. Mysterious noises, blinding migraines and haunting visions from Dahlia’s stormy past with her abusive mother (Elina Lowensohn: Schindler’s List 1993, Quicksand 2003) add instability, which her ex-husband, Kyle (Dougray Scott: Ever After 1998, Hitman 2007) exploits in the custody battle. Ceci fails to make friends at her new school and instead turns to an “imaginary friend” named Natasha (Perla Haney-Jardine: Steve Jobs 2015, Kill Bill: Vol. 2 2004). When teachers begin to express concern for Ceci’s behavior surrounding her imaginary friend, Dahlia tells her daughter to ignore Natasha. In reality of the situation, Natasha is a spirit  who has latched onto Ceci and this causes Natasha to become aggressive. She spoils Ceci’s artwork and makes the water pipes in the elementary school restroom burst. 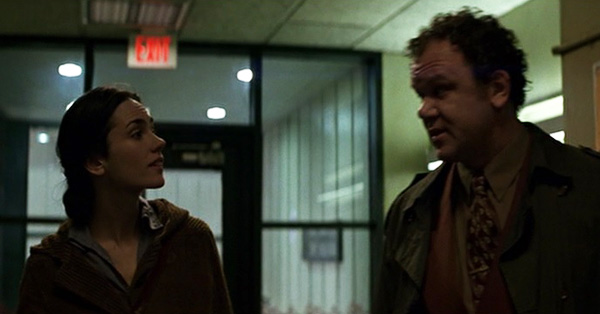 Dahlia hires attorney Jeff Platzer (Tim Roth: Reservoir Dogs 1992, Funny Games 2007) to handle the custody conflict and help with the profound water damage in her apartment. Working together, he and Dahlia solve a murder mystery that has literally haunted the apartment building since it happened. Dahlia decides to move closer to her ex-husband, feeling the proximity would be beneficial for Ceci. However, the spirit refuses to let go of her new playmate and sees Dahlia as an adopted mother. As Dahlia is packing their belongings, a child that she believes to be Ceci approaches while draped in a bathrobe and asks for a bedtime story. Dahlia wraps her arms around the child and begins to read, only to realize the girl is Natasha and not her daughter. Dahlia sees that she is in desperate need for a mother and makes a heart-wrenching sacrifice to appease the damaged soul.

Jennifer Connelly presents an excellent, controlled portrayal of Dahlia Williams. Her character was unable to turn to anyone for help for her young daughter or herself. The situation of living in a substandard complex while battling for custody is gut-wrenching and all too real. Seeing Dahlia make an ultimate sacrifice for a child who was not her own leads to mixed feelings of sadness and confusion. The story line teeters between the supernatural and madness, lending an authenticity to the tale. 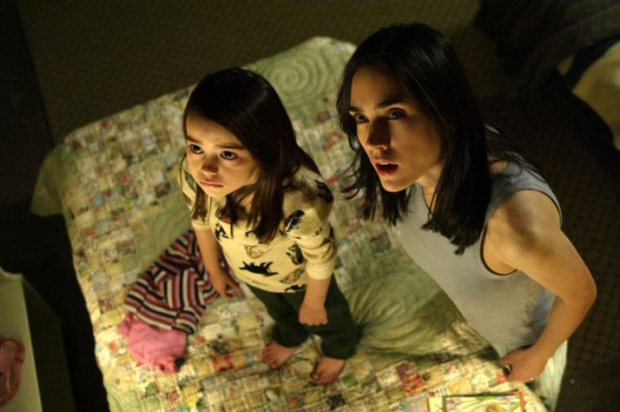 This psychological and supernatural thriller cost approximately thirty million dollars to produce, yet it still does not quite reach the iconic status of  filmmaker Hideo Nakata’s version or his other known work, such as The Ring series. However, Dark Water,with its moody cinematography and subtle character exploration, deserves a place on the shelves of Horror movie lovers. 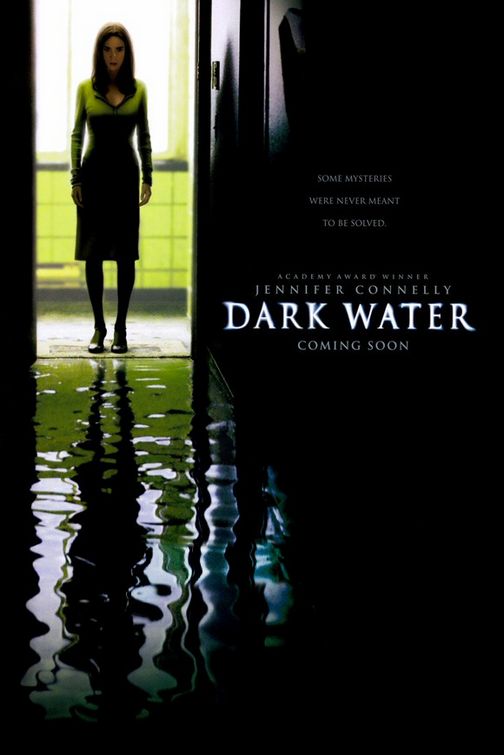