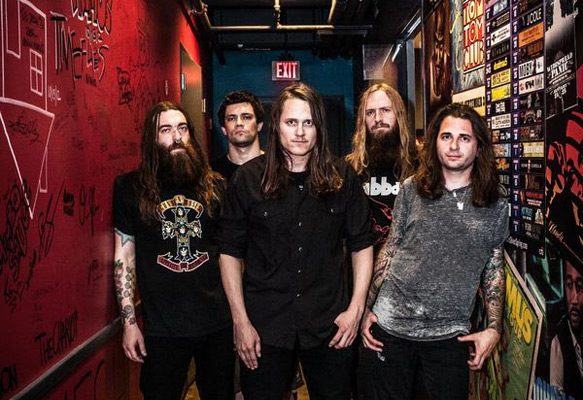 Come together over two decades ago, Darkest Hour are one of the American Death Metal scene’s best kept secrets. Deriving influence from Hardcore Punk and Scandinavian Melodic Death Metal, their sound is uniquely their own as they return with their ninth studio album, Godless Prophets & The Migrant Flora.

Out of the Washington D.C. area, Darkest Hour made a big splash back 2005 with Undoing Ruin. Working hard and pushing forward, 2007’s Deliver Us and 2009’s The Eternal Return both hit number one on the Billboard Heatseekers. Impressive, yet the band has their share of challenges through the years. Sustaining lineup changes and appearing on eleven different record labels, through it all, Darkest Hour has found their own path.

Relieved of the stress of associating with a record label, Darkest Hour launched an IndieGoGo crowdfunding campaign to help pay for Godless Prophets & Migrant Flora. Shattering expectations, fans answered the call and helped the band surpassed their US $50,000 goal by raising $67,707 by March of 2016. Now teaming up with the California based Southern Lord Records to distribute the new album, Godless Prophets & Migrant Flora finally saw daylight on March 10, 2017.

Joined by Producer Kurt Ballou (High on Fire, Nails, Converge), John Henry on vocals, Mike Schleibaum and Mike Carrigan on guitars, Travis Orbin on bass, and Aaron Deal on drums offer twelve tracks that embody their very being. Difficult to put into words, upon listening to the opening track, “Knife in the Safe Room,” guitar feedback gives way to a very thrash-like sound, reminiscent to the ’90s Hardcore era.

A potent beginning, at face value some may think that all of Godless Prophet & The Migrant Flora sounds the same. Truth be told, mostly all the tracks launch with a fierce drum solo, but those who stick with them longer than ten seconds will soon realize how beautifully diverse each really is. As mentioned, the ’90s Hardcore style is hugely influential on the album. Although, what is really wonderful is Darkest Hour take that influence and wrap their own voice around it, making it something that comes directly from the heart. Example of such are “This Is the Truth,” “The Flesh & The Flowers of Death” and the Slayer-like guitar groove of “Those Who Survived,” both which begin with blistering drumming from Deal, but soon takes on lives of their own.

As brutal and heavy this album is, there are also moments of clarity with “Widowed.” Taking a momentary break from all of the growling, thrashing drums, and roaring guitars, “Widowed” is a calming interlude including dueling guitars; one acoustic and the other cleanly soloing. Furthermore, “Enter Oblivion” slows down the pace slightly in a perfect mix of melodic doom-like guitar work and Hardcore groove. Then, taking a page right out of the At The Gates and Dark Tranquillity book, “The Last of the Monuments” dishes out a mix of riffage and even some clean vocals from Henry tucked in the backdrop throughout.

Of course, the soothing only lasts momentarily, and other tracks such as “In the Name of Us All,” the chaos ensues once again. A plumbing along the lines of Punk in nature, it takes endurance to handle its intensity. Finally, the album comes to a close with, “Beneath It Sleeps,” a polar opposite, in terms of how the album kicks off. Starting slowly before picking up the speed, Darkest Hour throw everything they can at listeners before concluding abruptly. Walking the audience towards the end of an album that has an amazing cinematic scope, everyone will take a deep breath, but forever be thankful for the epic journey.

Godless Prophet & The Migrant Flora offers everything true lovers of extreme music want – amazing vocals, shredding guitars, insane drums, and earth-shattering bass. What is truly amazing is despite all their fanfare, some still are unfamiliar with Darkest Hour. Astounding, it is urged fans of Dark Tranquillity, At The Gates, or early In Flames check out Darkest Hour immediately. One of the most complete Melodic Death Metal albums of 2017 thus far, CrypticRock gives Godless Prophets & The Migrant Flora 5 out of 5 stars. 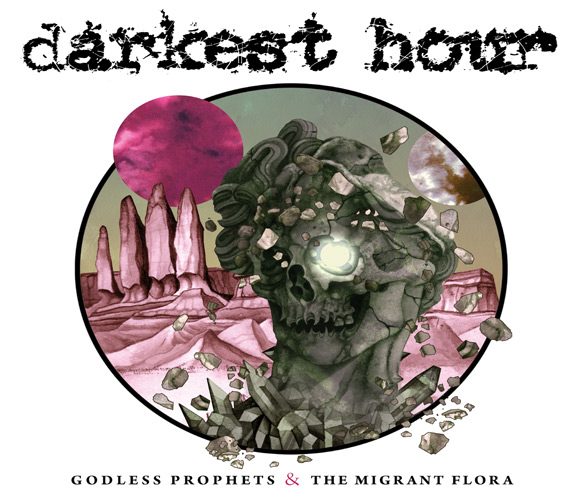