Three friends return to the house of horrors at 55 Ballahock Road in Darkness Rising, a new Horror offering from IFC Midnight that arrived to select theaters in June 2017, but recently came to VOD platforms and Digital HD on November 7, 2017.

The ragtag trio at the center of this tale are Maddie, Jake, and Izzy, a closely knit group of twenty-somethings. Maddie (Tara Holt: Californication series, Ballers 2015) is the nucleus of the cell, the daughter of a family that met with a tragic fate while living inside the walls of the stately, old home at 55 Ballahock Road. Tormented by nightmares, she hopes to find answers at the address before the home is demolished and, along with it, all hope of resolving her family’s past. Along for moral support – and a little help with breaking and entering – are Maddie’s cousin Izzy (Katrina Law: Apparition 2015, Arrow series), as well as her therapist boyfriend Jake (Bryce Johnson: Willow Creek 2013, Pretty Little Liars series). 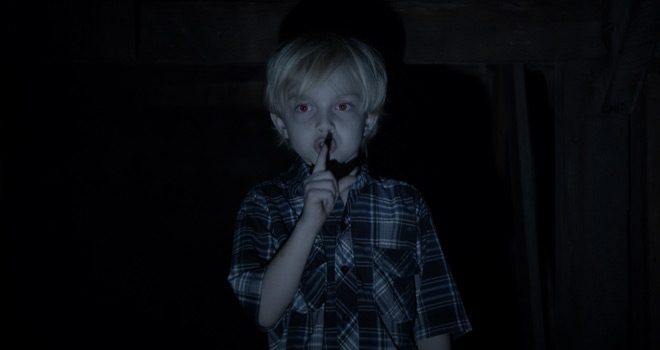 With Izzy distracted, Maddie and Jake step into the kitchen where they discover a glass shard and blood stains. We quickly learn that, when she was a child, Maddie’s family lived inside the walls of this home for a mere three weeks: it took only this short amount of time before her mother went insane, killed her infant daughter Olivia, and then stabbed out her own eyes. Her father claims – and Maddie greatly fears – that the house takes things from inside people’s minds and uses this ammo against them, and therefore, the house is at fault for what happened to their family. In fact, from almost the first minute, it seems that the trio are not alone inside the building: doll’s eyes move and bleed, lights switch on, paintings manipulate themselves, blood magically un-coagulates, and all that good, gooey stuff. 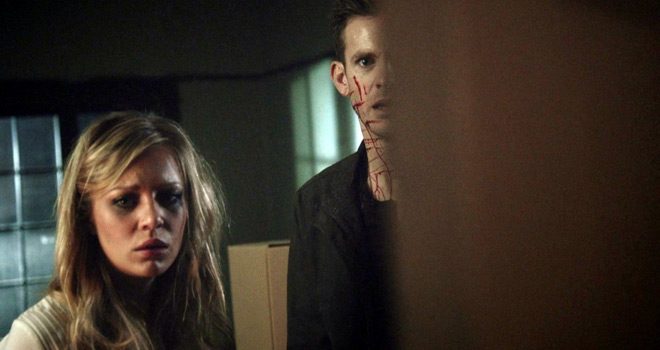 When the three become trapped inside the house and, ultimately, one disappears, the remaining two will have to make their escape and leave Maddie’s childhood home far, far behind them before they too meet their own demise inside its walls. Clocking in at 81 minutes in length, Darkness Rising was directed by Austin Reading (The Waystation: Prelude 2003, Broadtrip short 2013) and written by Vikram Weet (Devil’s Pass 2013, The Worthy 2016). A solid offering into the Horror genre, Darkness Rising fully embraces all things haunted house with a bloody pinch of possession.

While Darkness Rising is no worse than the majority of films within its genre, it is also sadly not much better. With one solid jump-scare and several other attempts, there is nothing particularly scary or horrifying here, unless you are afraid of darkly-lit nooks and crannies inside old homes. As for its attempted eeriness, there is a killer German Shepherd with endless doppelgängers; an electrical force-field; stuffed animals with their eyes cut-out; the bloody loss of several peepers; one noosing; and beware, something is hiding underneath that bed. You have seen this all in multiple films, so there is nothing particularly unique or scary here, folks. Although brownie points must be given for the witty mention of Showtime’s Dexter! 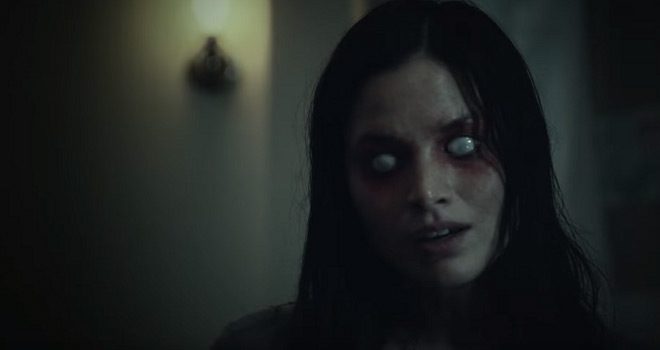 Fortunately, or unfortunately, the entirety of the film rests upon the shoulders of its three stars – Holt, Law, and Johnson – and they do a varying degree of justice to their roles. Holt’s Maddie is fairly useless, flailing helplessly throughout the bulk of the film, despite being its central character. Of course, this is the role that Holt was given and she cannot be found at fault for the failings of her character; she does her role solid justice.

Law’s Izzy is a much more intriguing character, allowing Law to unfold like a blossom as the film develops. She gives a truly convincing performance when having a kind of breakdown post-possession, and later in the film, is truly eerie in one of the movie’s final, somewhat haunting scenes. Johnson’s Jake is somewhere between the two ladies: solid acting in a solid role, but nothing stand-out or particularly noteworthy.

Ultimately, Darkness Rising is a solid entry in the Horror field, though neither scary or shocking, creepy or haunting. The cast here do a decent job of communicating a tale that is banal and, at times, reminiscent of The Amityville Horror franchise. While it might not be fully original, Darkness Rising is an enjoyable watch and will suit your needs for rainy Sunday afternoon entertainment. Bring the popcorn and we’ll bring the blankets, CrypticRock give Darkness Rising 3 of 5 stars. 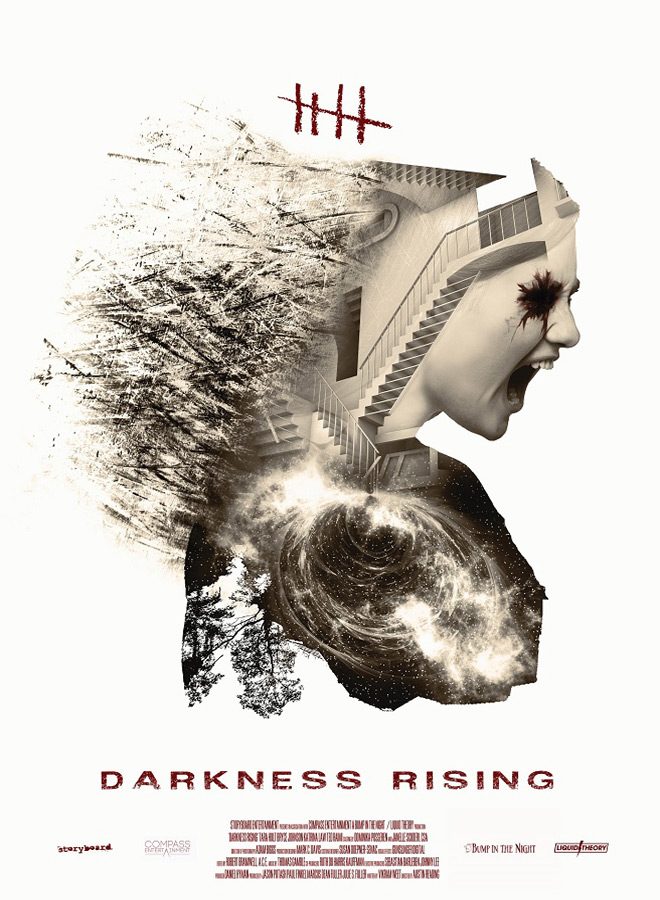