Dubbed a must see Horror movie in 2016, filmed in glorious black-and-white, Darling begins with the titular character taking a job as a caretaker for a huge house in Manhattan. Darling (Lauren Ashley Carter: The Woman 2011, Pod 2015) soon finds out that this particular house has a slightly peculiar past, as told by Madame (Sean Young: Blade Runner 1982, Ace Ventura: Pet Detective 1994). Madame explains how the house has its own “ghost stories,” mentioning soon after that a previous caretaker had taken her own life by leaping from the upstairs balcony. So far, this seems like a dream job come true. 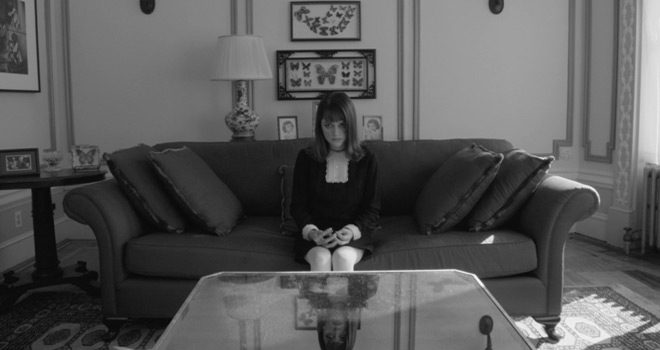 Soon enough, Darling begins hearing voices lowly whispering throughout the halls of the huge house; witnesses doors opening and closing all on their own; and soon comes across a locked door to a room at the end of a narrow corridor during a stroll around the huge house—a room Madame later forbids Darling from ever visiting. It is an upside-down cross, however, which Darling later finds in a dresser-drawer of her guest-room that things start spinning out of control. Bursts of chaotic violence and odd imagery riddle the mind of poor Darling.

Later on, Darling meets a man (Brian Morvant: Pod 2015, The Mind’s Eye 2015) on the street who will alter the rest of her days at the house of which she is to take care. Is the house haunted? Is Darling losing her mind? Is Darling being possessed to exact revenge? Are there way too many questions being asked? 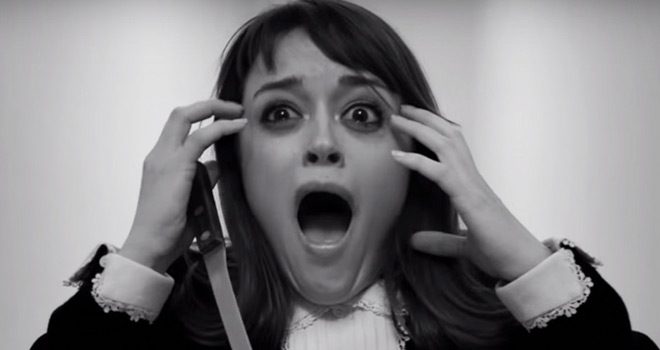 Darling is skillfully written and confidently directed by Mickey Keating (Pod 2015, Carnage Park 2016); a person who seems to have pulled out all of the punches to make such a great film. Keating knows just how to extract the best performance from each of his actors, and he knows just how to write a script. Even better, he chose not to have a credit-roll in the beginning of the film, however, the way in which the title-screen appears will have many faces wearing ear-to-ear smiles. Keating shows just how creative he is, and how much he enjoys sharing his imagination with whomever is brave enough to venture into his world. Keating’s choice of hiring Giona Ostinelli to score the movie is brilliant. The way in which she uses stringed instruments, scratching and sustaining their notes and chords, keeps a creepy vibe from the get-go. The best parts are during each chapter’s beginning (there are six chapters, altogether).

Lauren Ashley Carter as the title character is another brilliant choice by Mickey Keating, for she carries the movie with such style and grace from the very moment she appears onscreen. Her performance as Darling is gripping, powerful, and emotionally charged. The way in which Carter brings these different emotions to life onscreen is intriguing, and she deserves much more praise and many awards for her performance. 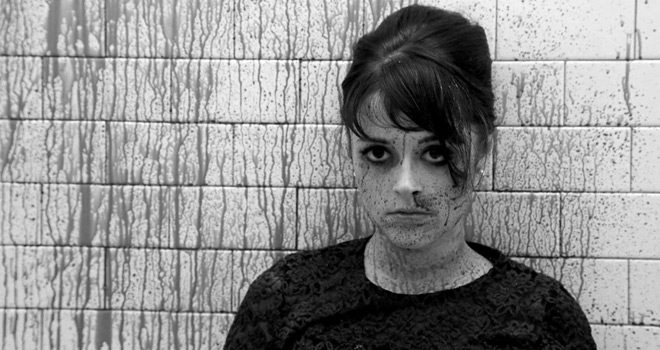 Another great actor is Brian Morvant, whose scenes later on in Darling will keep minds spinning as to what had just been seen, and possibly saddened for how he reacts to a certain scenario. Morvant embraces his role really well, playing a shy, timid person trying to go about his day, living the dream. Morvant makes it seem like everything he says and does is all his own doing; that he followed no script, whatsoever, opting, instead, for an impromptu performance, thus convincing the viewer that he is, in fact, the person seen up on the screen. Fun fact: Carter and Morvant both star in Keating’s 2015 Sci-Fi/Horror movie Pod. Their chemistry together is absolutely dynamite.

Darling has the perfect running-time of almost eighty minutes; and with each passing second, the viewer is pulled further and further into the dark of the world in which Darling is living. Darling is encapsulating, gripping, slightly humorous, and very scary—an outstanding movie from start to finish. Not only is Darling filmed in black-and-white, it is also completely timeless (Note: Pay attention to the clock that tick–tocks next to the rotary phone in the vestibule).
Not once does the movie ever stop to breathe, causing an almost panic-attack to occur within the viewer—as if to help share just exactly what poor Darling is going through. Darling is unforgettable, and surely will be the talk amongst many Horror circles. For these reasons, CrypticRock gives Darling 5 out of 5 stars. 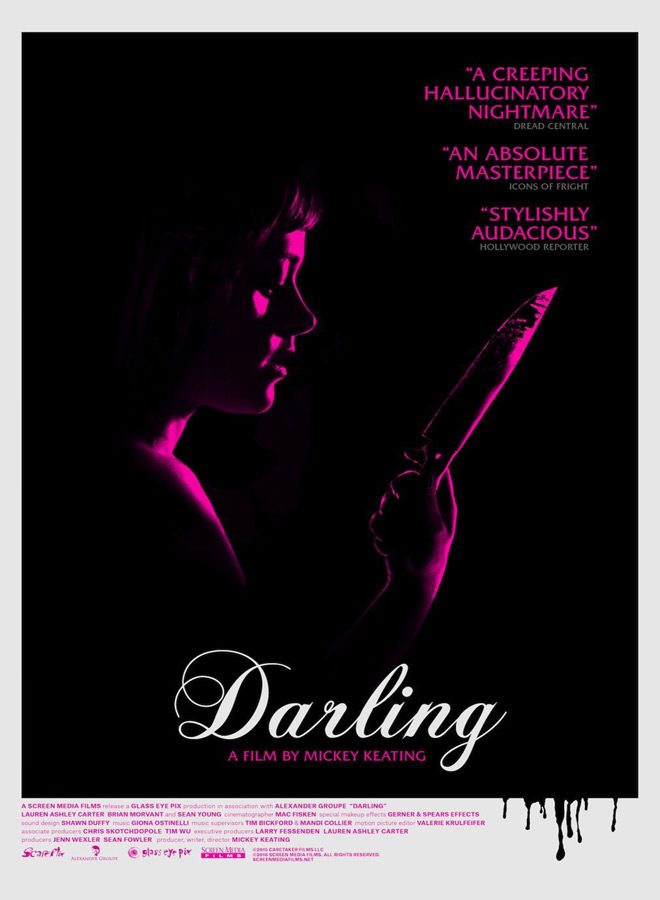