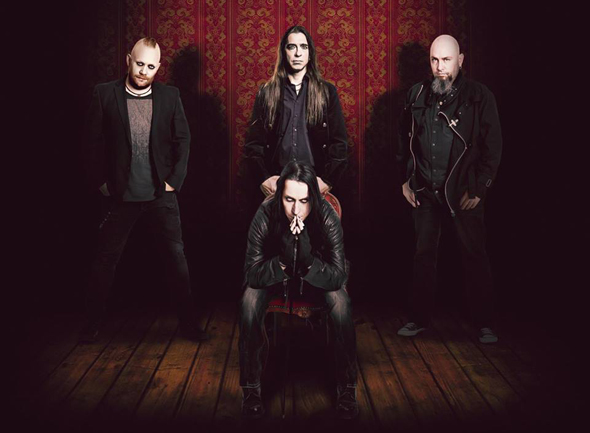 Based outside Frankfurt, Germany, Industrial Rock band Das Scheit celebrate their twentieth anniversary together in 2016. Founded back in 1996, the band released two self-distributed albums, Das Scheit (1998) and …And Ice is Forming (2001), which brought a first international record deal with Greek label Black Lotus Records. Subsequently, the album Superbitch was released in 2006, followed by the band’s European touring in support of others such as To/Die/For, Waltari, End of Green, and Lacrimas Profundere. Following up with So Far From God…So Close to You in 2008, Das Scheit was compared as the German answer to Rob Zombie. High on positive feedback, they also began to learn the shady sides of the music business. After the bankruptcy of their latest label, Twilight Zone Records, the band’s lineup, centered around Singer Clint Scheffler and Bassist/Guitarist/Keyboardist Sascha Becker, were completely broke, and forced the band to stop all activities. It took almost five years until the band leaders started to compose new material and prove there was still life in the old dog as they were surprisingly signed by German label Eternal Sound Records. With the new members Michael Stein on drums and long-time friend and producer Markus Teske (Red Circuit), Das Scheit recorded the proof of life, called A Darker Kind Of Black, which spits out all the negative experiences they sustained.

A Darker Kind of Black is twelve tracks of unabashed dark Rock/Club music beginning with “Sick,” a hyper-tempo piece that melds Dance and Goth Metal with shades of Powerman 5000.  The bridge has a fun, retro Horror theme vibe going into the chorus as Scheffler sings about retaining some dignity in the face of persistent darkness. Next, “Down in the Depths” cranks out the Dark Metal with the synths and the grinding riffs as Scheffler growls. This melody has a hypnotic arc as if the spinning of wheels like ideas going nowhere. Moving onto “Falling Empires,” this track melds the Gothic electronic and Metal of the synths and guitars again in a melodic mix as the group sings about the destruction of society. Slowing the tempo, “Soulmate” is a power ballad with Das Scheit’s brooding beat with the drums leading and the synths weaving in and out as the guitars come up.  The band sings about following their loves eternally.

“Velvet Tears” keeps the Power Ballad emotion going with rich guitars accompanied by heavy synths.  Unlike “Soulmate,” there is a deep sadness to this track as the band sings, “Never forget you.”  Lightly, “Goodbye to Tonight” comes in before breaking into a hard riff with ethereal synths.  The vocals come in quietly, menacingly, then, every stanza, the vocals pick up as the group sings about the nightmare that cannot be shaken.  Pianos lead into “Heartbeat” as the synths follow with effects. The guitars and drums meld the Metal and Electronica as the band sing about letting someone get under their skin, and hurt them irreversibly. A straight ahead Metal song, on “The Pain is Yours,” the band sings of not returning to the well and reopening wounds, because it is only their fault doing so, and they have to own it.

With an urgency, “Devil’s Handshake” comes in on a synth/guitar riff that follows the track throughout.  The melody builds as the song progresses as Scheffler sings about selling his soul to the devil. Giving props to singer Rihanna, “S&M” is a Metalized cover set to Scheffler’s deep, brooding vocals. Gregorian chanting and a requiem bell starts “At the Crossroad” as Scheffler’s barely audible vocals add to the sinister vibe. Then, he opens up with the song’s continuance as the band ponders which way to go at life’s end. Bringing A Darker Kind of Black to a close is “Hollow 2.0,” a completely different piece from the rest of the album with a Jazz flavor set to Scheffler’s brooding, dark lyrics; however, if listeners remember from Das Scheit’s 2008 So Far from God, So Close to You, the first part of “Hollow” was on that album. This is the continuance, and end…or does it?

Eight years since their last album, Das Scheit has not lost a beat. Their music is as brooding, with vocals as darkly rich as ever. However, as dark as they are, the band has a heart as pure as gold, which gives the yin and yang to dark to light; a nice balance. Also, many of the tracks may have double meanings, which warrants multiple sittings to find the different facets of the album’s meanings. CrypticRock gives A Darker Kind of Black 5 out of 5 stars. 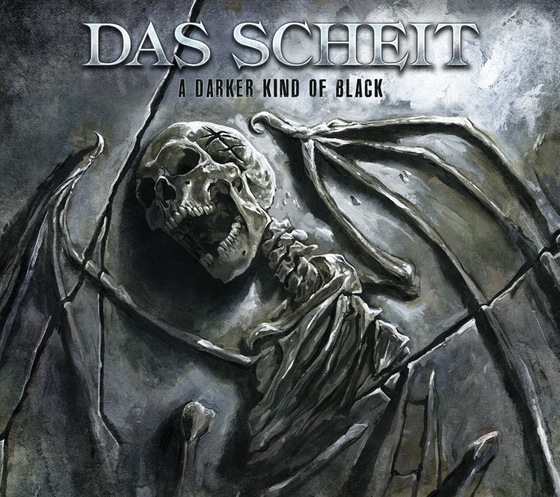