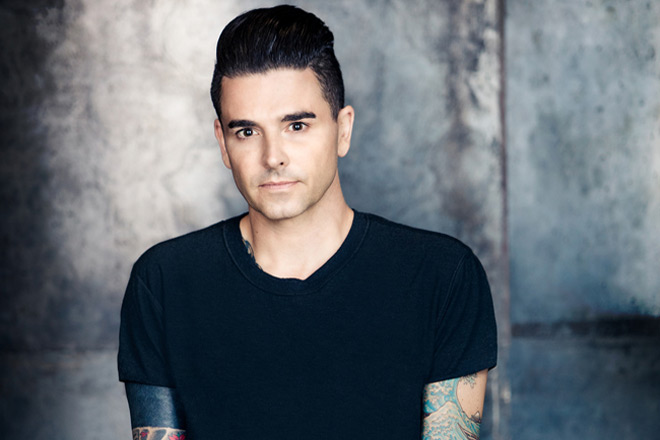 For many of us, Dashboard Confessional are practically synonymous with Emo, particularly that of the bleeding-heart spectrum. On Crooked Shadows, their first full-length, original offering in nine years – which arrives on Friday, February 9, 2018 thanks to Fueled by Ramen/Warner Music Group – they destroy all preconceived notions with a hammer worthy of Thor.

Hailing from Florida, Dashboard Confessional would release their debut LP, The Swiss Army Romance, in 2000. At that time, Vocalist Chris Carrabba was still fronting the band Further Seems Forever, though he would soon leave to focus solely on Dashboard, shortly thereafter releasing 2002’s The Places You Have Come to Fear the Most. The album would be a launch-pad for the band, who would go on to perform on MTV Unplugged, win the MTV2 Award at the 2002 MTV Video Music Awards, and garner attention from a legion of emphatic fans.

Four albums would follow over the next six years – ranging from 2003’s A Mark, a Mission, a Brand, a Scar to 2009’s Alter the Ending. Throughout their career, Dashboard would also release a slew of EPs – including 2010’s Swiss Army Bro-Mance split EP with everyone’s favorite Pop Punksters New Found Glory – one compilation, and an MTV Unplugged package. Backing each of their releases, Dashboard have toured extensively throughout the world and have shared stages with everyone from Bon Jovi to Brand New, Say Anything, Ben Lee, and, of course, New Found Glory.

While they are best known as an Emo band, Crooked Shadows – their first full-length, all-original offering in, yes, nearly a decade – Dashboard Confessional return with a product that crosses genres fluidly, offering up everything from Emo to Acoustics, Pop Punk to Folk and Electro-Pop pepperings. On the nine-song collection, Dashboard Confessional – Vocalist/Guitarist Carrabba, Guitarist Armon Jay, Bassist Scott Schoenbeck, and Drummer Chris Kamrada – prove with musical might that they are very much still a viable commodity in 2018!

Crooked Shadows begins with the gritty rocker “We Fight” (“We fight our way in, we fight our way out”), a rallying cry of a sing-along that will bring joy to the Warped Tour set. This allows Dashboard to roll into the funky, ‘80s synth riffs that anchor “Catch You” (“When you’re ready, I’ll be waiting to catch you”), a track that feels deliciously Pop-Punk influenced and is guaranteed to make you dance, flail your hair around, move your hips, and pick your feet up off the floor.

Massive drum beats anchor the pretty power-ballad-esque “About Us,” a sincere promise to never give up on a messy love. Similarly, Folk-tinged ballad “Heartbeat Here” opens its melodic arms to embrace soaring vocals and marvelous acoustics, creating a beautifully moving and sincere breath. Somewhat conversely, Dashboard Confessional embrace Pop/Hip Hop electronic beats, finger-snapping, and sunshine-y good times on “Belong,” which sounds like a California afternoon at the beach though it doesn’t feel exactly as, ahem, sincere as its predecessors; more like a scripted play for some youthful attentions.

“Crooked Shadows” is a curious blend of all the tracks that encompass this collection: a blend of Pop and Pop-Punk elements, something grittier happily embracing radio-friendly sing-alongs. It flows flawlessly into “Open My Eyes” (“If you know something I don’t, won’t you please open my eyes”), a plea for an epiphany that features world-renowned Violinist Lindsey Stirling in a beautifully sweeping power ballad chock full of Carrabba’s bloody raw vocals.

“Be Alright” is a fully-rocking promise that, yes, we will soldier onward to chase our dreams, while Dashboard end with an embrace of their most Emo-licious roots on the luscious and delicate, meandering confessional (pun not intended) “Just What To Say,” featuring Chrissy Costanza. It is a splendid ending to an all-too-short collection that promises great things for Dashboard Confessional in 2018 and beyond.

On Crooked Shadows, Dashboard Confessional offer up a smattering of delights that are equal parts gentle and candid, sincere and yet splendidly infused with raw grit. While the collection is, yes, only nine songs (that is one for each year without a new album, folks), it is an impressive testament to what those nine years have brought to this band and their eclectic talents. Eager to hear more and to embrace the future, CrypticRock give Dashboard Confessional’s Crooked Shadows 4.5 of 5 stars. 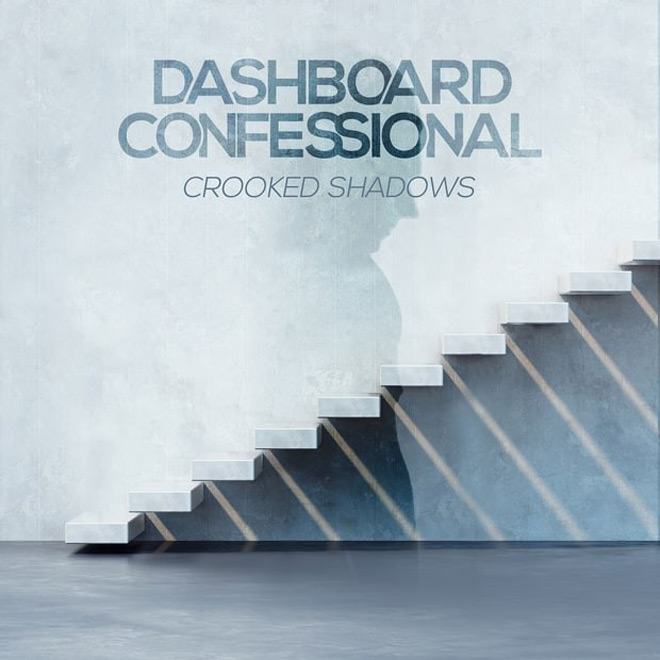