Daughter – Not to Disappear (Album Review) 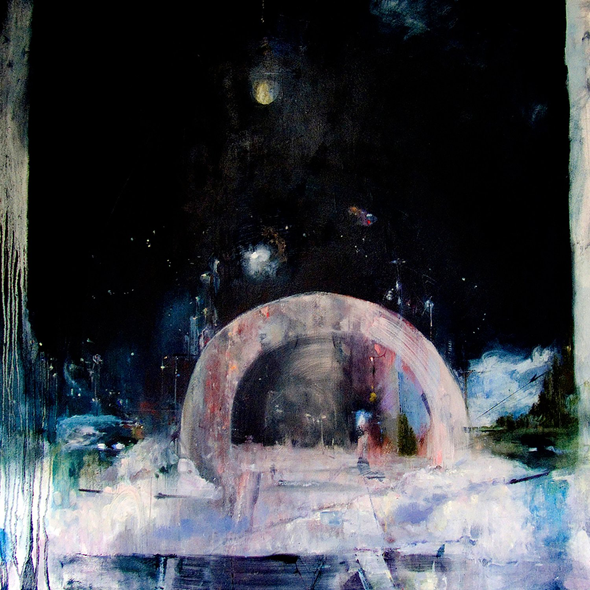 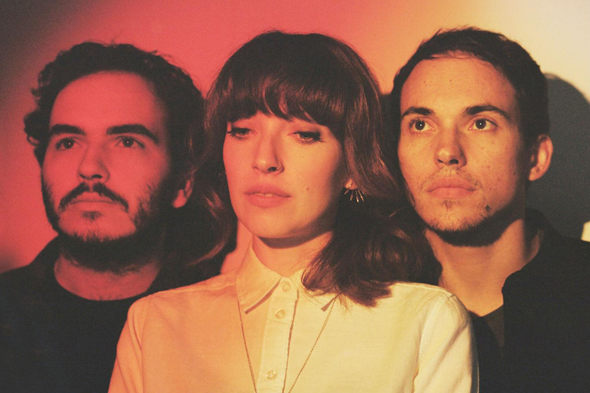 After the release of If You Leave in 2013, London-based Indie-trio Daughter proved their music was centered around bleeding emotion. With Singer-Guitarist Elena Tonra’s haunting and tortured vocals, accompanied by band mates Igor Haefeli (Guitar) and Remi Aguilella (Drums), the band creates an intimate and inviting sonic landscape. Tonra’s heartbroken and dark narratives connected with audiences because of their exposed and sincere nature. The group has expanded on the elements that made If You Leave so memorable, but also left behind the swirling reverbs that surrounded Tonra’s pensive vocals with their sophomore effort, Not to Disappear, set to be released on January 15, 2016 via Glassnote Records. Not to Disappear builds on the themes that governed If You Leave, but the focus has shifted to the band as whole, with Tonra’s introspective and foreboding vocals complementing the fleshed-out texture of Haefeli’s guitar-work and Aguilella’s powerful percussion.

Opening track “New Ways” begins with a soft and fragile melody met with echoing beats that sound just as breathy as Tonra’s vocals. As the song reaches the two-minute mark, the layering of sweeping guitars elevates the track to a blazing intensity. This continues in “Numbers,” which paints a haunting and melancholic soundscape as Tonra laments, “I am numb in this kingdom.” Once again, the song transitions from gentle to vast as supercharged penetrative percussion layers Tonra’s delicate vocals.

The first single, “Doing the Right Thing,” finds Tonra reflecting on mortality as the song discusses Alzheimer’s and the effects it has on family life while she sings, “I have lost my children, I have lost my love, I just sit in silence, Let the pictures soak.” Her subtle delivery is accompanied by distorted synths and minor key sadness. Daughter’s talent for understated impact is evident in “How.”  The song’s serene instrumentation gives it a Pop edge while Tonra’s lyrics maintain the emotion-soaked perspective prominent throughout the album.

Midway through, we are re-introduced to the theme of family and loss with “Mothers.” The song is a departure from the toxic romance aftermath that made up If You Leave. Tonra’s pain-soaked vocals are met with electronic embellishments and woeful guitar riffs as she sings, “When your face becomes a stranger’s I don’t know, You will never remember who I was to you, Carried in the womb.”

The second half of Not To Disappear seems to maintain the overall reflective tone of the album, albeit with a sound that is notably progressive. The trio pushes their sound with subdued house beats on the track “Alone/With You,” which focuses on the exploration of isolation and loneliness. The blood-pumping beat of “No Care” brings a refreshing change of pace and intensity to the album. The sputtering rush of beats takes the spotlight as it drives the groove of the song with Tonra’s fast-paced, stream of consciousness delivery in tow. She repeats, “I don’t care, I don’t care anymore,” and her declaration is believable as the song provides a lighter moment on the album.

The songs that unfold gradually, a slow burn before they erupt, provide a high degree of gratification. The vibey, electronic beats and gradual progression to warped, reverb-laden guitars in “To Belong” is a prime example of Daughter’s growth in the last few years. Marrying the confessional aspect of Daughter’s previous work with the meatier sonic exploration found on Not to Disappear, “Fossa” transitions from trippy and ethereal to bursts of energy with waves of dynamic percussion. The track is a stand out that shows the trio flexing their muscles.

The final track, “Made of Stone,” closes the album on a softer note, the somber strum of acoustic chords supporting Tonra’s delicate vocals. While the lullaby nature of the song is melodically pleasing, lyrically the number is sorrowful as Tonra sings, “I think I’m made of stone, I should be feeling more.” Tonra’s ability to fearlessly bare her soul in her lyrics paired with the sonic maturity the group has developed has allowed Not to Disappear to surpass its predecessor in both structure and composition. CrypticRock gives Not to Disappear 4 out of 5 stars.