Dave Made a Maze (Movie Review)

Directed by Bill Watterson (Lost Planet 3 2013, Ouija 2014), award winning Dave Made a Maze focuses on the odd story of the titular Dave, and the reality-defying maze he constructs in his apartment. In select theaters and available on VOD as of August 18th via Gravitas Ventures, the film stars James Urbaniak (Difficult People 2015, Supergirl 2015) and Kirsten Vangsness (Criminal Minds series, Agent Carter series) in a tale that is almost obsessed with the idea of the creative process and the dark places that it can lead. 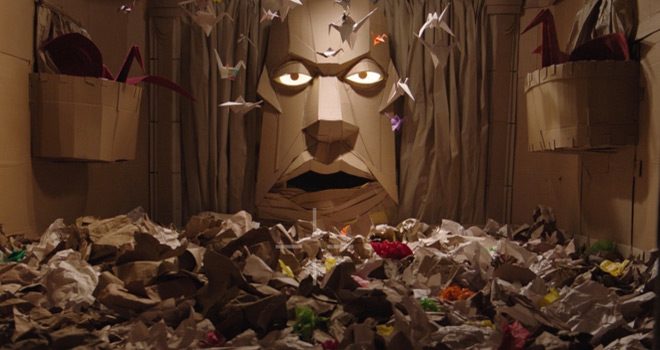 When the film industry has driven itself into feeling like it is in a state of near constant big-budget hype, a movie like Dave Made a Maze can be a real fresh breath of air. It is high concept but (relatively) low budget, a film not afraid to be openly weird and metaphoric in the face of an industry that has only grown more afraid of subtlety. In many ways, it is a premise-driven film done right – it’s excellent premise is a springboard to exploring it’s characters, always keeping the focus on the people rather than the plot dynamics. With such a simple premise, Dave Made a Maze is something of an example of how a creative team can leverage a simple set-up into something much more layered and dynamic.

The trick lies in confident direction and that is something that Dave has in spades. It immediately lays out said premise and never tries too hard to push its credibility, instead asking the audience to simply immediately accept it for what it is. That is not to say that all the characters do so – which helps to keep the film feeling organic – these are personable characters who have appropriate reactions to the ridiculous situation they are thrust into, and that makes the film feel more realistic than a hundred gritty war movies. 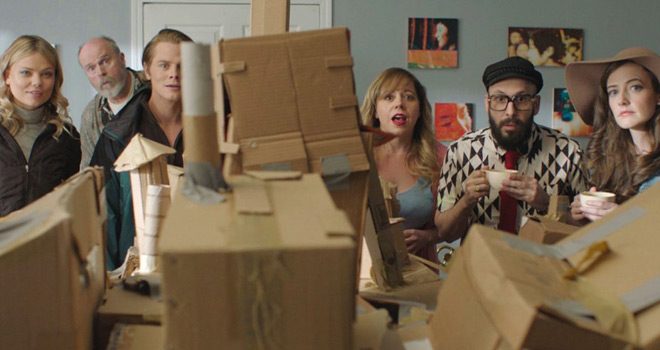 This confidence successfully translates to the film’s general aesthetic, with the characters often looking like they wandered out of any of a hundred quirky indie films from the last ten years. Thankfully, it does not however try to emphasize the quirkiness of said characters – in fact, the film often puts the limitations of their personalities front-and-center, making the film far less of an interminable celebration of weird eccentricity than many others of its kind. No doubt there certainly is an eccentric undercurrent to the film, but it is tempered by the somewhat realistic way it examines both the effects and the causes of this eccentricity.

This juxtaposition is something that audiences will see reflected throughout the work, most notably in the case of its visual design. Once all the main characters are in the titular maze, the film’s cinematography takes on a goofy and hyperbolic style; presenting its moments of garish violence with slapstick sensibility. This both heightens the magical realism and emphasizes the dark subject matter lurking in the background of the film – the violence does not wear-out the audience because it can be presented with creativity and energy but, if anything, that only serves to actually underscore its overall impact. It is a smart example of using understated imagery to make an overstated point, and one that many filmmakers could learn a bit from. Fans of psychosexual imagery don’t have too far to look here either, as this is a film loaded with visual symbolism.

While Dave Made a Maze is written well throughout, the performances do occasionally let it down. This is somewhat understandable – the film is a tonal tightrope and keeping the performances tonally consistent was probably a nightmare for the production staff. That having been said, it does have a marked effect on the final product, with some actors occasionally leaning too far into their roles in a way that makes them seem too archetypal. It is not a constant complaint, but it is noticeable. 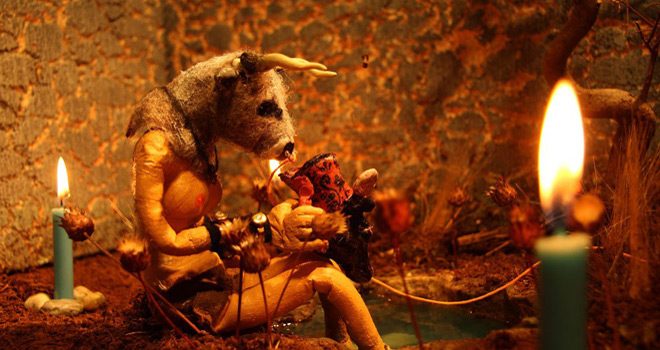 Final praise should however be earmarked for Dave Made a Maze’s sound design, which goes beyond the call of duty in both establishing the world and accentuating the film’s beats on a scene-by-scene basis. The sound design is wisely constructed to match the rest of the film’s magical-realism themes, and in that manages to both surprise and delight. It is obvious that it was an area that true care went into.

Honestly, that could be said about just about any part of Dave Made a Maze. Whether or not an audience ends up being on board for its odd plot and strange production, it is impossible to not notice the level of care that went into crafting each and every part of the film. It is because of this care that it also works so well as a complete project. For this, CrypticRock give Dave Made a Maze 4 out of 5 stars. 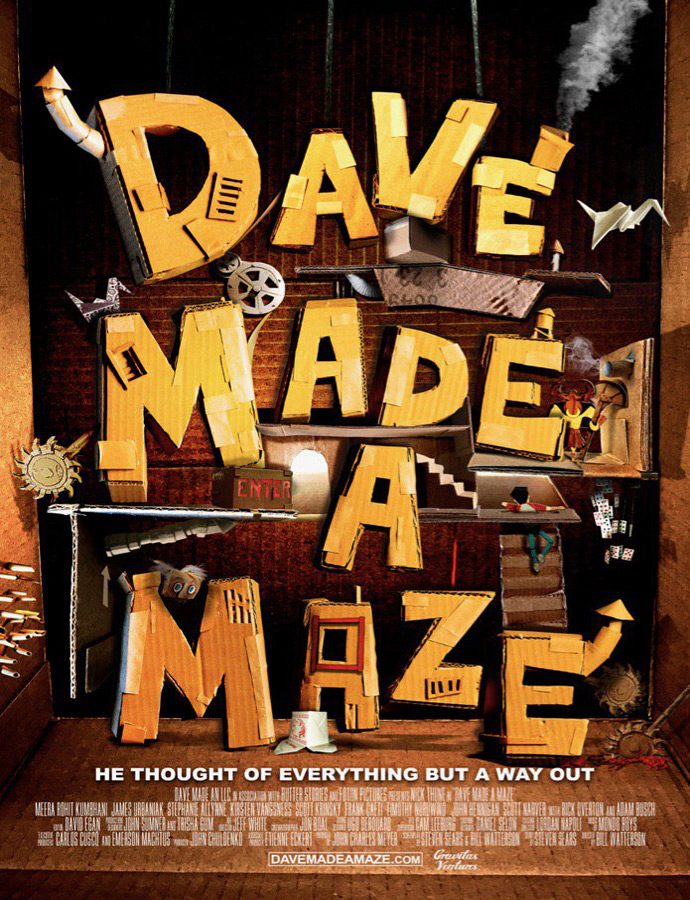