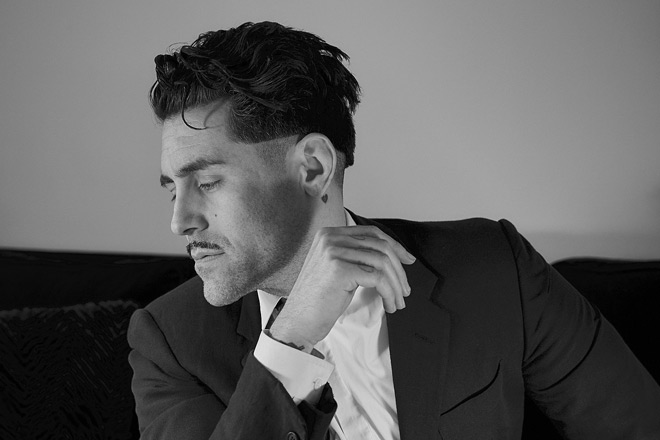 He may be known as the voice of a generation, as a songwriter who can weave a Gothic Horror tale of personal misery that reads like macabre poetry, a man who can inspire circle pits with the raising of a mighty fist, but Davey Havok is also, gasp, a novelist. With his second Pop Noir fiction offering, Love Fast Los Angeles, Havok steps onto the apathetic streets of DTLA to cavort in a world of Instafamous celebutantes that indifferently pursue their days with candy-floss powder rimming their plastic nostrils. This tale of loving indifference and casual revenge arrives to print on Tuesday, February 6, 2018, thanks to Black Candy Publishing.

Havok is no stranger to your judgements: as the lead vocalist of AFI, he has been making music for nearly three decades now. With a lengthy and storied career, AFI have released ten albums over the past 27 years – from 1995’s Answer That and Stay Fashionable to 2017’s AFI – selling millions of records across the world to their loyal and passionate fans. In fact, 2003’s Sing The Sorrow alone has sold over 1.26 million units! As if he fears free-time, Havok is also currently involved with the Electronic outfit Blaqk Audio, Hardcore offering XTRMST, and New Wave sensations Dreamcar.

A lifetime participant in the Straight Edge community and an outspoken Vegan, Havok is a man of many facets who has dabbled in both fashion and acting, and has, fairly recently, turned his sights toward the good word. In Love Fast Los Angeles – a kind of “sequel,” but not, to his first novel, 2013’s Pop Kids – he tackles the world of DTLA/Hollyweird, full of internet-famous kids who have done nothing but snort their way to internet glory. Here, Havok weaves a kind of Millennial love story steeped in drugs, fast cars, apathetic celebrity, and disaffected youth.

Fleeing heartache in San Francisco, a former pap (or “scraper”) turned party photographer, Alvin, now resides in Hollywood Babylon, and has magically turned his career into something much greater with the advent of his popular website AlThisAndMore.com. Think of him as a kind of Perez-Hilton-with-Canon: a man who uses his charm, charisma, and drug connections to get invites to all the hot, secret hangs, photographing the glitterati’s debauchery for posterity, making and breaking careers with the snap of a digital shutter. Hot young Insta-starlets want to be on the end of his lens, cool kids want a selfie with him. While his favorite word is “rad” or “radness,” his end goal, however, is far beyond anything candy-coated or gnar: he aims to exact revenge on teen heart-throb turned wannabe rockstar Jamie Shannon, lead singer of Drop Dead Gorgeous, who screwed over Al’s best friend back home, and, in a twist of vile fate, seemingly continues to dick over everyone that our narrator grows close to.

In a town where everyone knows someone or something, Al crosses paths with the up-and-coming actress Sky Monroe and quickly falls Vans over Canon for the beautiful young woman. Then there’s “Uncle” Noah, a kind of sketchier-than-thou sugar-daddy who owns a sprawling estate full of rescued exotic animals, home to his trio of Kinkajous named Kinky, Dom and Sadi. There is also The Barbie, a sexy young DJ who is one third of The Effs: a collection of gorgeous reality-TV stars who takes Al under their wing in a symbiotic relationship of the Hollyweirdest sort. All of these personalities (and more) make lasting impacts on Al as he navigates the landmarks of L.A. in search of his ultimate revenge, and perhaps, some love along the way.

Love Fast Los Angeles, therefore, is a book that seeks to climb between the moist thighs of the selfie generation, with literary masturbation that tangoes with such topics as snorting coke off iPads, sex-x-x, vaping, vintage muscle-cars, and Instagram-everything. Havok name-checks where he can, with gentle nods to likes of Taylor Swift, Miley Cyrus, James Franco, Joaquin Phoenix, Mick and Georgia Jagger, the Kardashians, Calvin Harris, Zedd, and Skrillex (who is seemingly the inspiration for the character K3nnydoll), all of them spotted at drool-worthy locales such as Teddy’s, Sayers, Club 33, and The Ivy. Here, Al’s world is one in which you tip an after-hours diner waitress $100+; where original Warhol canvases are used for target practice; and no matter how big the personality, everyone is equally disaffected. In Los Angeles, you do not even need to mean it to make it!

In an echo of this Love Fast attitude, Havok’s writing moves at the frenetic pace of the selfie generation, constantly checking their IG accounts for new follows, communicating in emojis and GIFs while ignoring conversations at the meals they do not actually eat. He channels a kind of modern Beatnik meets Bret Easton Ellis (American Psycho) style that flows quickly, leaving no prisoners behind in the wake of his fast-moving, disaffected literary throes. The end result is a novel that is clearly intended for Millennials, who will eat up the rapid-fire prose that oft mock, dig, twist, and spit sarcastic humor and vile bile at every angle. (Al does, after all, have a tattoo of a missile on his toe. Missile toe. Get it?)

Love Fast Los Angeles is, above all things, a tale steeped in the Instafamous and “superpopfame” set, where the general apathetic attitude is whatevs and the pace is the epileptic twitch of an Insta-feed. Throughout its pages, Al fights to keep his hold on love – and his very hungry grip on the talons of revenge – in a world with the attention span of a 14-year-old on crack. Even love in Los Angeles is an indifferent experience it seems. Thus, Love Fast Los Angeles is what it is: a portrait of a city in which the angels snort nose candy to survive the hustle and chase their elusive dreams at the speed of PJs (private jets, to the layperson). Love is indifference, revenge is a casual pursuit, and familiar faces are rungs on a glass ladder that you attempt climb with rabid apathy. For these reasons, CrypticRock give Davey Havok’s Love Fast Los Angeles 3.5 of 5 stars. 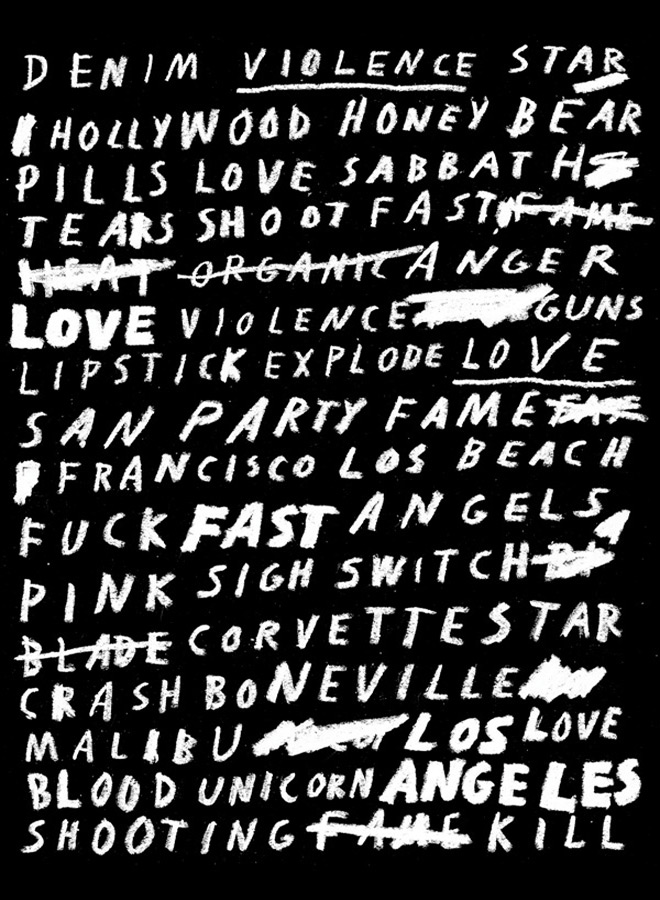 If you are in or near Los Angeles, meet Davey Havok for a Love Fast Los Angeles book signing:
Tuesday, February 13th at 7:00PM
The Standard, Hollywood
8300 Sunset Boulevard, West Hollywood, CA