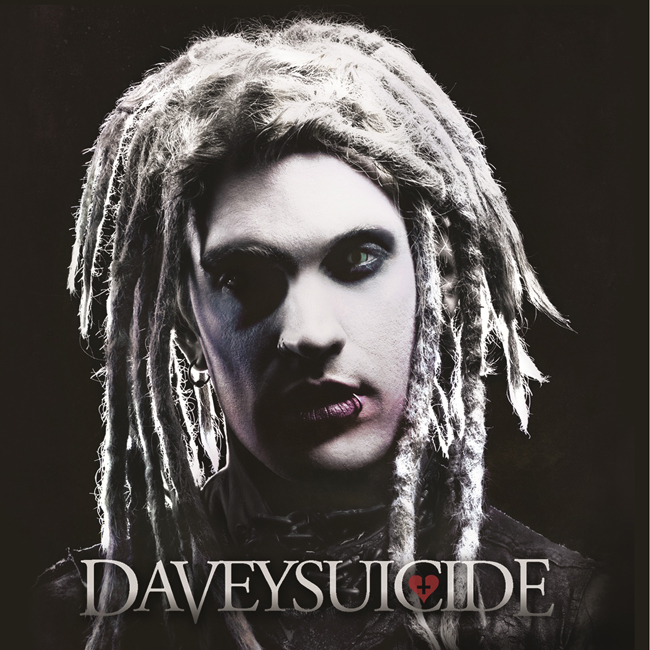 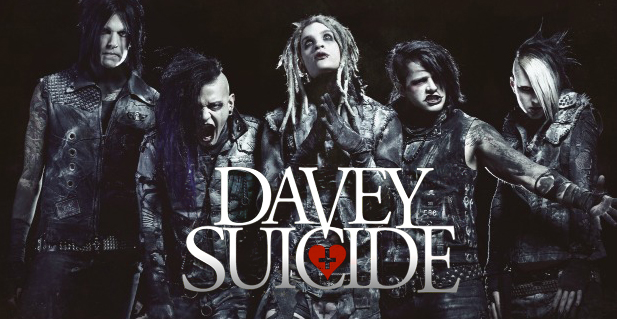 Davey Suicide are a unique band attractive to the eye as much as the ear of rock n roll fans. With an image shock rock fans of yesteryear will smile about. From Kiss to Iggy Pop to Marilyn Manson to Rob Zombie, Davey Suicide is paving the way for the next generation rock star. This is no copy cat act though by any means, taking the torch and leading the way with their debut self-titled album Davey Suicide.

Davey Suicide self-title debut starts you off with a eerie nursery rhyme opening with “Cross Your Heart”.You will feel like you’re in Freddy’s nightmare preparing you for a rampage of tracks to follow. The lead track and first single “Generation F*ck Star” starts things out on a high note with industrial guitars and lyrical assault. Davey lets you know he is pulling no punches and aggressively attacks the hypocrisies that plague our culture. “Sick Suicide” is the perfect following track further painting a picture of displeasure with mainstream culture and the atrocities that go along with them. The idea that we as a culture are all fed lies, eat those lies and leading us to a sick suicide. “Uncross Your Legs” changes the pace up slightly touching on the topic of sexual tension and lust. Davey softens his vocal delivery during the verse and lets lose during the chorus. “Unholywood Kalifornia” turns the volume right back up with a grooving guitar riff and catchy vocal delivery. The track pays homage to sleaze rock bands from the 1980’s era with sound and lyrical content. “In My Chest Is A Grave” is possibly the best track on the album. Davey’s voice takes on a Marilyn Manson type quality yet keeping its own unique sound. Emotional lyrics and an even more emotional delivery make this a winner half way through the album. “One More Night” is another stand out track here with melodic guitar opening and showing Davey’s most melodic vocal range on the album. A great track of melody and rock which should be the next single off the album. “Grab A Gun & Hide Your Morals” is another song of social commentary. Taking on a punk style with drum beat and guitars. You will be screaming along while driving down the road letting all your frustrations out. “I’ll Take A Bullet For You” closes out the album with bang. With acoustic guitars, melancholy atmosphere, and sorrowful lyrics you will be drawn into this storm of emotion. The track shows us Davey Suicide is far from a one dimensional artist and can lyrically arouse anger, frustration, happiness, and sadness equally.

Davey Suicide debut album is quite an enjoyable listen. If you are a fan of well crafted rock n roll with keyboards, dark atmosphere and exceptional lyrics you will enjoy this album. They are definitely a band on a mission with determination and drive. This is just the beginning for a band with a bright future. Cryptic Rock give this album 4 out of 5 stars.