Posted at 15:24h Ellen Bello cryptic rock, CrypticRock, News, Tributes 5 Comments
195
SHARES
ShareTweet
David Cassidy, born David Bruce Cassidy, on April 12, 1950, had a music and acting career that spanned almost five decades. He broke box office records and sold out some of the biggest arenas and stadiums in the world. As both a TV show celebrity and a solo artist, he released a total of twelve studio albums, three live albums, six compilation albums, two soundtrack albums, and twenty-four singles which have sold millions around the world. It was said he had a fan base bigger than Elvis or The Beatles and his pictures were posted on almost every teen’s bedroom wall. His phenomenal success, or Cassidymania, as it was called, began with his role as Keith Partridge, the lead singer of The Partridge Family, a music group on the ABC network TV sitcom which ran 96 episodes from September 1970 thru March 1974.
One of the first teen Pop idols, sadly, on Tuesday, November 21, 2017, David Cassidy, age 67, passed away after multiple organ failure while surrounded by family members. It was reported the weekend before his death that he was in ICU and had been hospitalized for liver and kidney failure. Cassidy, who was also suffering from dementia in recent years, leaves behind his daughter Katie Cassidy, his son Beau Cassidy, and half brothers Shaun, Ryan, and Patrick Cassidy. In addition, he leaves behind a legacy his fans will not soon forget. 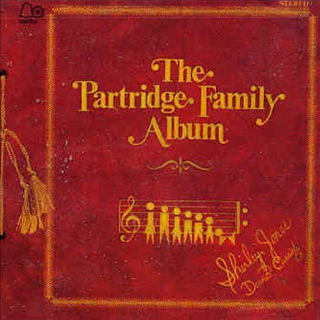 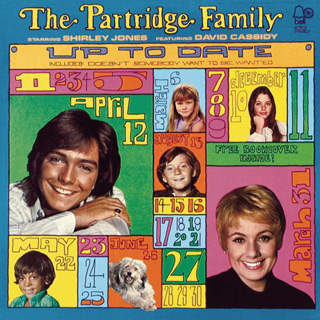 Upon the news of his death, musicians, entertainers and fans began posting messages of love and condolences on social media, including Marie Osmond, Brian Wilson, Gloria Gaynor, and Rick Springfield. His TV show mother and real-life Stepmother, Shirley Jones, paid tribute stating, “I will treasure the years we spent working and growing together.” Jones, who is 83 years old, told Entertainment Tonight, “I will also find solace knowing that David is now with his dad,” Actor Jack Cassidy, to whom she was married for 19 years.
To fans, Cassidy, the biggest teen heartthrob of the early ’70s, will be remembered most for his infamous shag haircut, those sultry hazel eyes, a beautiful smile, as well as such hit songs as “I Think I Love You” and “Cherish.” Cassidy‘s mega stardom was mostly attributed to his TV role and the lyric-friendly songs that he sang. At 20 years old, Cassidy played the family group’s young heartthrob on the TV series, but life also imitated art, and he became one of the biggest Pop icons of that decade.
In addition to Cassidy and Shirley Jones, the touring musical family of a post Folk era included Actors Danny Bonaduce and Susan Dey along with Brian Foster who replaced Jeremy Gelbwaks and Suzanne Crough. They were all key members of the cast, but unlike Cassidy and Jones, they lip-synced. Interestingly enough, The Partridge Family was loosely based on a real-life musical family, The Cowsills from Rhode Island, who sang in harmonies and were popular in the late ’60s. 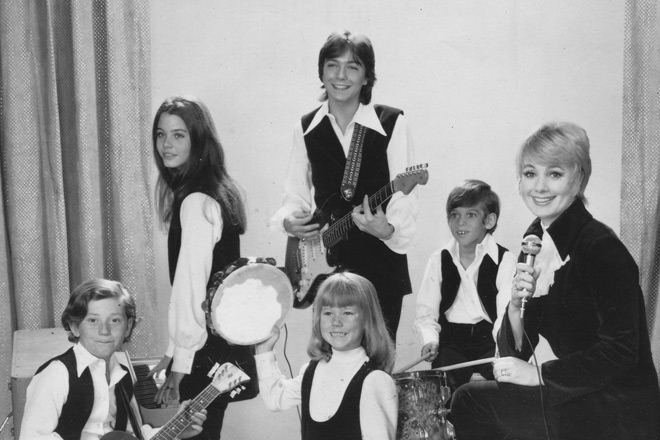 That said, The Partridge Family released a total of eight studio albums and eleven singles from 1970 to 1973 and five compilation albums from 1972 to 2005. The debut single, “I Think I Love You,” composed by Songwriter Tony Romeo, which featured Cassidy on lead vocals and Jones on background vocals, was a number one hit on the Billboard Hot 100 and charted globally. The other chart-topping singles included “Doesn’t Somebody Want To Be Wanted,” ”I Woke Up In Love This Morning,” ”Breaking Up Is Hard To Do,” “It’s One of Those Nights,” and “I’ll Meet You Halfway.” David Cassidy, the solo artist, released fourteen studio and live solo albums from 1972 to 2008; nine compilations and two soundtracks, one for the musical Blood Brothers in 1995 featuring David Cassidy, Shaun Cassidy, and Petula Clark; and for EFX in 1997, the Las Vegas Strip production which Cassidy headlined.

His debut album, Cherish, was released in February 1972 and was designed as a project by Partridge Family musical Producer Wes Farrell to break Cassidy out as a solo star. It did just that and the album, which was Cassidy‘s most successful, reached Number 15 on the Billboard charts. Cassidy‘s other hits included “Cherish,” Could It Be Forever,” ”How Can I Be Sure,” ”Rock Me Baby,” and “Lyin’ to Myself,” among others.
Through it all, Cassidy had no control over his early fame and in his final years. His exhausting regimented schedule forced him to fight hard to stay awake while struggling to keep his own identity. In a 1993 interview on the Arsenio Hall Show with Bonaduce and Jones, Cassidy claimed that he actually felt he was the living antithesis of Keith Partridge although Keith was all that mostly existed. Industry insiders say that throughout Cassidy‘s career, he never seemed truly happy on the inside. It is a tragic observation from someone who sang “C’mon Get Happy” and uplifted millions.
Performing live seemed to be what he enjoyed most. Cassidy first hit the concert trail in 1971, with stadium shows packed with screaming hysterical fans. Over the decades, he continued to perform throughout the world, from New York to California, England, Australia, Germany as well as Japan. His final shows were on March 3rd in Greenwich, Rhode Island and on March 4th at BB Kings in New York City. 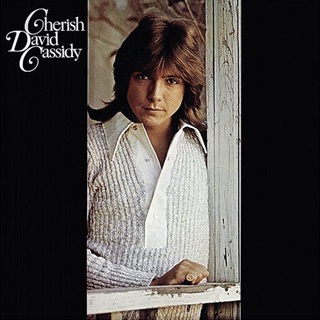 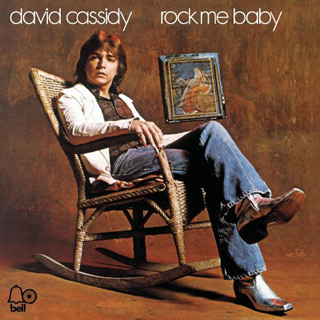 In one of his biggest performances of his career, David Cassidy performed live at a sold out show attended by 20,650 excited females (and their mothers) at Madison Square Garden on March 11, 1972. Born in New York City, Cassidy‘s mother, Evelyn Ward, and his grandparents were all in attendance. Over the constant waves of screams and hysteria with some fans as young as 8 years old, Cassidy estatically belted out his hits “I Can Feel Your Heartbeat,” “Doesn’t Somebody Want to Be Wanted,” “I Woke Up In Love This Morning,” “I’ll Meet You Halfway,” and closed with “Cherish,” a word he helped define. In non-stop motion, moving and swaying on stage in a white one-piece fringed, he sang the songs that every one of his fans knew word by word.

After countless covers on teen magazines with built in pin-up posters, a bare-chested Cassidy was featured on the cover of Rolling Stone in May of that same year. This cover story was different as it went beyond his role of Keith Partridge and embraced David, as the singer, actor, and songwriter. Ironically, Cassidy is quoted in the story as saying, “There’ll be a time when this whole thing will be over… I’ll feel really good when it’s over.”
His public life first changed course when a 14 year old teenage girl was crushed to death at one of his concerts in London’s White City Stadium in May 1974 with another 800 concert-goers injured in the incident. Cassidy stopped touring and acting in The Partridge Family, stating the incident would haunt him until the day he died. In the years after, Cassidy focused on songwriting as well as recording, and his success continued in the UK, Germany, and Japan.
It was not until 1978 that Cassidy made his first return to acting and landed his own television drama, David Cassidy – Man Undercover, in 1978, for one season. Cassidy‘s other acting credits include the telefilm A Chance to Live, which earned him an Emmy nomination as Best Dramatic Actor. He also found work in musical theater performing in regional and touring productions Little Johnny Jones, Joseph and the Amazing Technicolor, in London’s West End production of Time and returned to Broadway in Blood Brothers alongside his half-brother Shaun Cassidy where he broke box office records.
Impacting many, in 1986, George Michael cited Cassidy as a major career influence and sang backup vocals on the song, “The Last Kiss.” Then, in 1990, Cassidy, now 40 years old, released a new album entitled David Cassidy. His single, “Lyin’ to Myself,” made its way into the American Top 40 charts. In 1995, he hosted VH1’s show 8-Track Flashback. In 1996, he had a successful run in Las Vegas, with the aforementioned show EFX. In 1999, Cassidy served as co-writer and co-producer for the Vegas production The Rat Pack Is Back! The following year, he starred in At the Copa, which he composed with his third wife, Sue Shifrin-Cassidy. Essentially, Cassidy still kept his creativity flowing through the years. 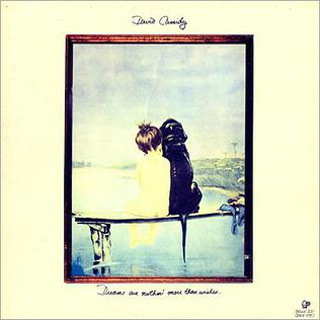 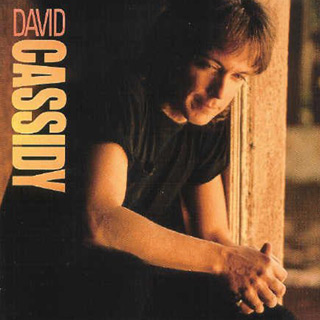 He released another album in 1998, entitled Old Trick New Dog, and hit the Adult Contemporary charts with the single “No Bridge I Wouldn’t Cross.” By 2001, Cassidy‘s original audience came back for him with the release of his CD Then and Now featuring re-recordings of old songs. The recording went platinum and Cassidy looked vibrant, healthy, and energetic while his voice remained strong and untarnished.

Continuing on, in 2005, Cassidy played a manager in the film Popstar. In 2009, he co-starred alongside his half-brother Patrick in an ABC Family comedy series, Ruby and The Rockits, a show created by their brother Shaun. In 2011, Cassidy was one of the featured contestants on Celebrity Apprentice. All in all, by 2013, Cassidy had accumulated a total of 30 television roles since 1969.
Sadly, aging gracefully was not in his plans or his destiny. By 60 years of age, Cassidy’s life was unravelling, struggling with an alcohol problem and suffering the breakup of his last and third marriage. Physically, the features that made him famous had faded and were gone. Unfortunately, Cassidy‘s personal struggles also began to accumulate and go public. In 2008, Cassidy publicly admitted he had an alcohol and substance abuse problem. Battling through problems, in 2016 he filed for bankruptcy, and in February of 2017, he revealed on Dr. Phil and to People Magazine, that he was suffering from dementia, a disease his grandfather and mother had. At the same time Cassidy announced that he would retire from performing.
On November 18, 2017, news first surfaced that Cassidy has been hospitalized in Fort Lauderdale, Florida with organ failure, and was in critical condition. Thereafter, on the early evening of Tuesday, November 21st, Cassidy‘s publicist JoAnn Geffen confirmed his death, with a statement from his family. “On behalf of the entire Cassidy family, it is with great sadness that we announce the passing of our father, our uncle, and our dear brother, David Cassidy. David died surrounded by those he loved, with joy in his heart and free from the pain that had gripped him for so long. Thank you for the abundance and support you have shown him these many years.”

Through triumphs, pitfalls, and sustaining years of fame, David Cassidy will forever be held close to the hearts of his fans who will always LOVE and CHERISH him and his songs. 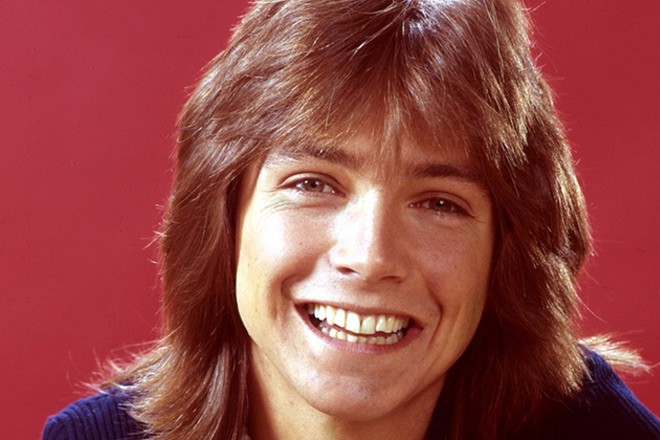